In the United States, we have seen the development of "basic economy" spread significantly. Delta was the first airline to introduce it back several years, but in the last couple of years American and unique have followed Delta's management (as they do on many things).

We have seen the number of aircraft on the basic economy is also available spread. Initially, it was only on flights in the US, when we saw it spread to Mexico and Canada, and then it was finally introduced to transatlantic flights.

Now, it seems that the basic economy is now spreading to airlines in other regions.

I do not know exactly when this started, but China Eastern has also introduced basic economy prices . From now on they sell these on international flights in Asia ̵

1; domestic flights within China, transpacific flights and other long-haul flights do not have these prices yet.

While there are many ultra low cost airlines in Asia that do not include many facilities with prices, you will notice that the structure of China's East Economy Economy rates looks very familiar.

For example, take a look at the below flight from Shanghai to Singapore: 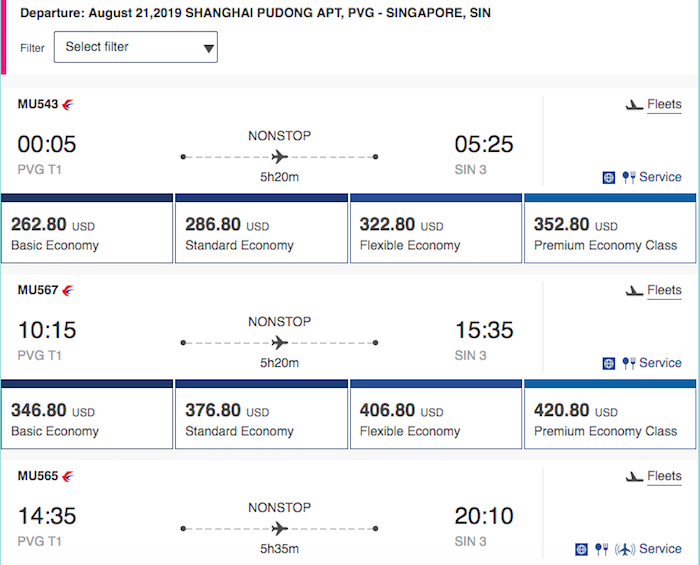 As you can see, basic economy rates are non-refundable and non-changeable, do not allow upgrades, do not come in advance seat assignment, do not allow online check-in, do not include free 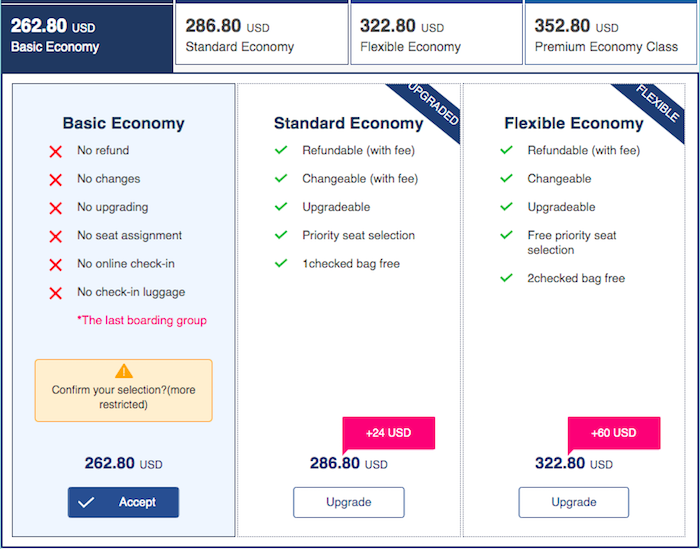 Here is a comparison of China's eastern color types:

Remember that Delta owns a stake in China East, so just as Delta innovated in the United States, it looks like China Eastern is now doing I am by the "innovative" in Asia.

I think the next step here is that these will be extended to several China Eastern flights. I would be curious to see if other airlines in Asia follow.

One thing that has made aviation in Asia interesting is that most of the "full service" airlines have actually not compromised their service much, despite competition from

Compare it to Europe, for example where it is difficult to tell the difference between a short flight British Airways flight and an EasyJet plane.

So it seems that in Asia, they still mostly believe that there are separate market segments between the flying low cost airlines and those looking for full service airlines. At least the airlines work like this.

When time goes on, I think the line is blurry, and China Eastern's introduction of basic economy is a reflection of it.