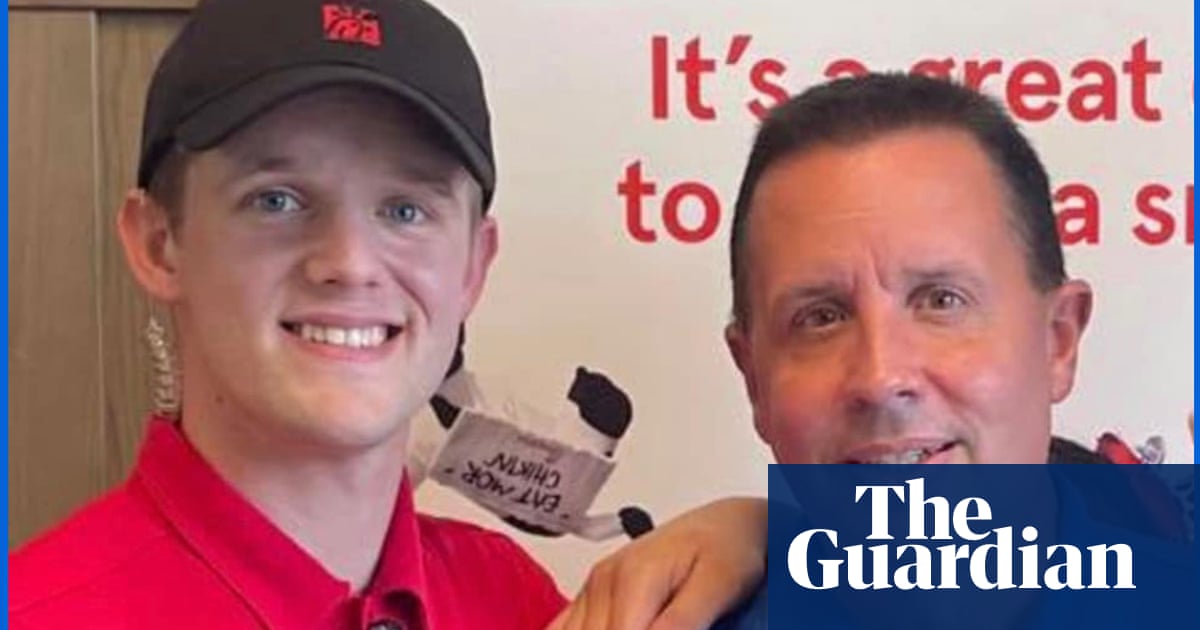 An employee at a Chick-fil-A restaurant in Florida is being hailed as a hero after he fought off a man trying to steal a car from a woman who got her infant out of the vehicle in a harrowing parking lot confrontation captured on video.

Amazingly, it wasn’t even the first time that 26-year-old Thomas “Mykel” Gordon rushed to the rescue of someone in distress near his workplace. Four years earlier, he is said to have helped save two girls after a construction crane fell on their car.

“Mykel, you are an incredible person,” said a Facebook post from the sheriff’s office investigating the carjacking.

According to sheriff’s deputies who patrol Okaloosa County, which includes the popular tourist towns of Fort Walton Beach and Destin, Gordon was working at his job at a local Chick-fil-A on Wednesday when he heard a woman outside screaming while holding a baby.

The woman had been getting the infant out of the car when a man with a sharpened plank approached her and demanded her keys.

He then took the keys from her waistband, opened her car door and got into the vehicle as she screamed for help.

Gordon heard her, ran to her and began arguing with the assailant. A bystander’s cell phone video captured Gordon taking the other man down, rolling him around on the pavement and putting him in a headlock.

A woman holding a baby with one arm and waving with the other screamed “Someone help!” while Gordon struggled with the man. Gordon appeared to have subdued the oncoming car chaser just as some employees and at least one customer rushed out of the restaurant to help him.

The video shows one of the staff members pulling out a mobile phone and appearing to call the police as another woman approached and shouted at him: “She had a baby in her hand! How dare you? How dare you frighten her like that?”

Sheriff’s deputies later arrived and arrested a man they identified as 43-year-old William Branch on one count each of battery and carjacking with a weapon. They said they also booked him with another attempted carjacking reported minutes earlier.

Accounts of Gordon’s actions drew widespread attention on social media after the sheriff’s office released the video of him fending off Branch along with some information about the case. The video was given to investigators as evidence in the case they are building against Branch, the sheriff’s office said in a statement.

A Facebook page associated with the Chick-fil-A restaurant that employs Gordon then published a post naming him.

Okaloosa Sheriff Eric Aden went to Gordon’s Chick-fil-A Thursday and presented him with a framed certificate of service and a ceremonial coin that some organizations use to recognize special achievements.

“If you hear a cry for help, know that I will come first,” Gordon told Aden after a small ceremony outside the restaurant. Referring to his certificate and coin, he said: “Thanks a lot, guys – I’ll take this, I’ll have to put this in a very safe place.”

Gordon’s saying that he would be there first if the sheriff heard a cry for help is not an empty boast.

In 2018, as the Alaska native was taking drive-thru orders outside the same Chick-fil-A, a truck equipped with a crane failed to make a nearby turn and rolled into a car with two 17-year-old girls inside.

Gordon ran up to the wrecked vehicle, picked up one of the girls on the ground there, brought her to the side and tried to calm her down, the Northwest Florida Daily News reported at the time.

That girl told him that her friend was still in the car alive. Gordon saw the other girl struggling to crawl out of a small opening on the passenger side. He realized he couldn’t reach her, but he ran inside to get ice and towels.

Eventually, a group of other passers-by – including a former firefighter – forced open one of the doors of the wrecked car, and the other girl was able to wriggle free.