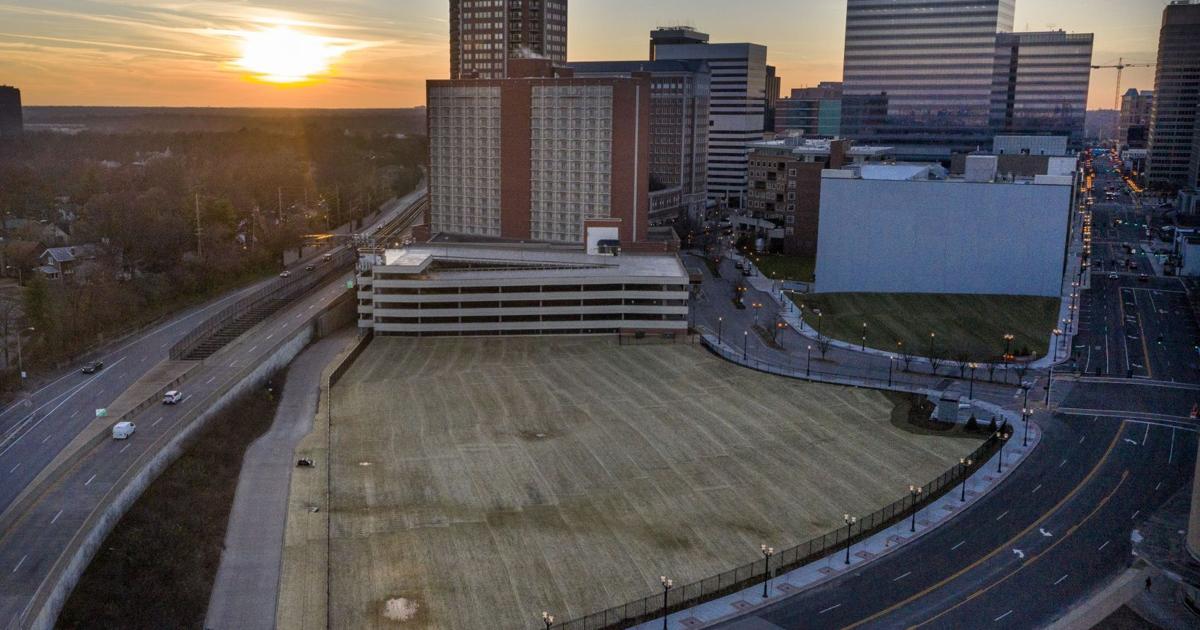 CLAYTON — For decades, managed health care provider Centene Corp. focused on scale. Now one of the largest in its industry, Centene is recalibrating for efficiency.

The change in strategy brought an abrupt end this week to plans for an East Coast headquarters in North Carolina, stunning local executives there but delighting Wall Street. With 90% of its workforce now fully or partially remote, the company has quietly shed most of its once-expansive office footprint in St. Louis and across the country.

The company may have had no choice: Investors wanted the company to cut costs and improve profit margins. With a new CEO at the helm, the company has been aggressively slimming its real estate portfolio across the country — moves that are likely to improve its bottom line but leave cities, like the St. Louis region, struggling with dozens of vacant office buildings.

“Making sure Centene delivers on its margin expansion promises is something investors take very seriously,”[ads1]; said Julie Utterback, senior equity analyst at Morningstar Research Services. “It sounds like this management team is taking it very seriously as well, which is appreciated.”

The East Coast campus was not Centene’s only victim. The company has already said it was no longer going to complete a $770 million headquarters expansion in Clayton that would have added nearly 1 million square feet of office space, hundreds of apartments or condos, retail stores, a 1,000-seat auditorium and a hotel in near South Hanley Road and Forsyth Boulevard.

And Centene has vacated nearly its entire real estate footprint here — roughly 1 million square feet of office space — according to marketing materials marketing those properties for lease or sublease:

The company confirmed in a statement that it will leave “several leased locations”, although it did not specify which ones. The Centene spokesperson also said it will maintain its headquarters in Clayton, its operations center in Ferguson and its Home State Health headquarters in St. Louis — despite a marketing brochure advertising the entire building for sublease.

It’s a reversal of how the company previously operated, gobbling up any block of office space in the region that was 75,000 square feet or more. And it comes on the heels of the pandemic that cooled the office market as companies reassessed their needs, commercial real estate experts said.

“The centene effect, combined with the COVID effect, is catastrophic for the St. Louis market,” said Kevin McLaughlin of KMA Commercial Real Estate.

And the Centene offices are coming to market at a time when St. Louis already has a surplus of office space.

“There’s tons of competition you didn’t have three to five years ago,” McLaughlin said.

Centene’s expansive real estate portfolio was a product of former CEO Michael Neidorff, who led initial plans for the East Coast headquarters that would bring 3,900 jobs to North Carolina.

For years under Neidorff, Centene succeeded through growth. Neidorff grew the company from a $40 million health plan into a giant in the managed care industry, generating $126 billion in revenue last year. Neidorff took a medical leave in February, and Sarah London was named his replacement in March. Neidorff died in April at the age of 79.

During an earnings report in July, Centene said it planned to reduce its domestic leased space by 70%, which it expected would save $200 million in rent each year.

“From my perspective, having two headquarters is not a way to achieve efficiency,” said Utterback, the Morningstar analyst.

The company also announced plans to sell a Spanish hospital business and a company that operates radiology clinics in Slovakia and the Czech Republic.

The investors seem satisfied with the moves. After news broke that Centene scrapped its plans for its East Coast headquarters, Wall Street reacted with enthusiasm: Centene shares rose 1.6% on Friday to close at $96.90.

In Clayton, where officials are still finalizing the development agreement with the company, Mayor Michelle Harris said the company’s presence is a real positive for the region.

And its decision not to implement its East Coast campus brought “some closure to the community” that Centene will not be leaving the St. Louis area.

“I hope your employees come to lunch in Clayton,” Harris said.