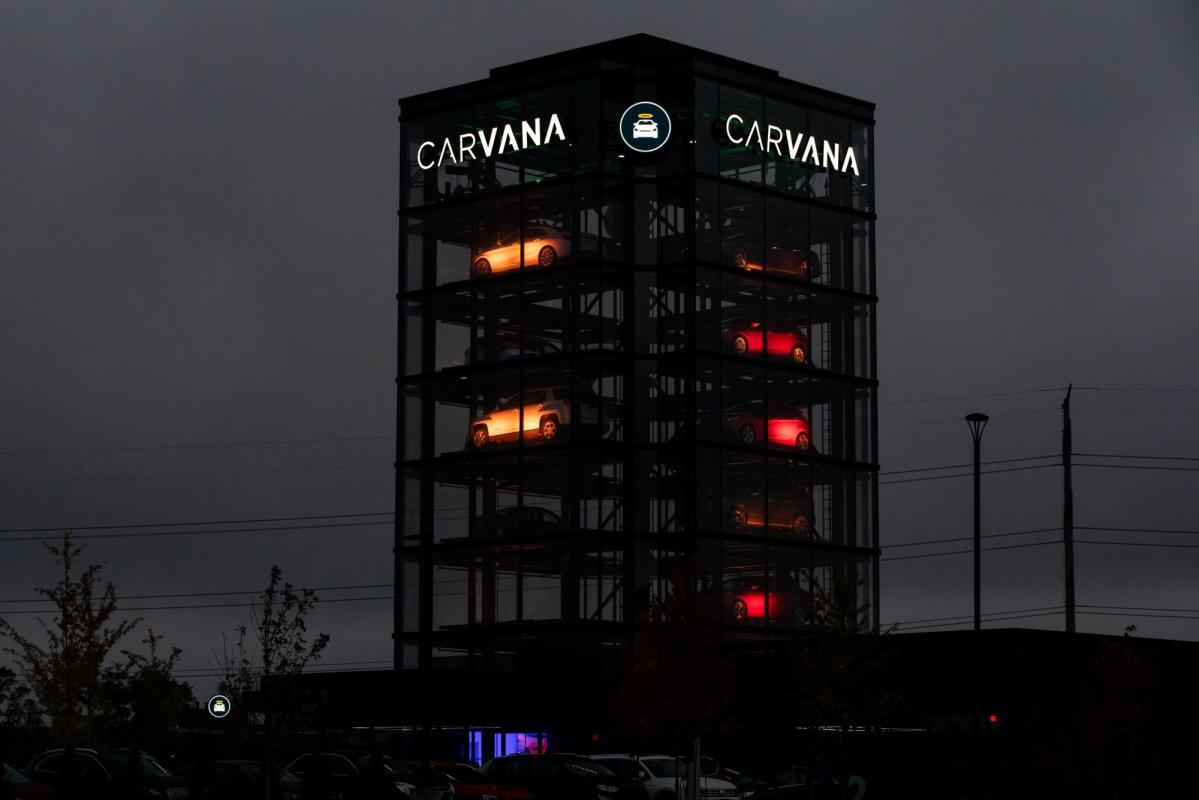 (Bloomberg) — Carvana Co . plunged on Wednesday as Wall Street pessimism spread to shares after the online car retailer’s biggest creditors signed an agreement to act together in negotiations with the company.

Shares fell a record 45%, triggering at least one volatility stop, after Wedbush analyst Seth Basham cut his 12-month forecast for the stock by 89% to $1 and downgraded it to underperform. The move comes a day after Bloomberg News reported that Carvana’s biggest creditors including Apollo Global Management Inc. and Pacific Investment Management Co. signed a pact to prevent creditor battles that have complicated other debt restructurings in recent years.

“These developments indicate a higher likelihood of debt restructuring that could render equity worthless in a bankruptcy scenario, or highly diluted at best,”[ads1]; Basham wrote in a note to clients.

The company’s bonds have fallen below 50 cents on the dollar in recent weeks, an indication that traders believe a default is highly likely. Carvana’s $3.3 billion bond due 2030 is trading at about 42 cents, down from 79 cents at the start of the year.

It is the second time in about two months that Basham has cut the rating on Carvana. Back in October, he downgraded the company to neutral and cut his price target to $15 from the $50 he had previously set. As recently as January, his 12-month price target on the stock was $300 per share.

Nor is Basham completely alone in his latest call for the stock. About a month ago, Morgan Stanley analyst Adam Jonas withdrew his rating on Carvana after it missed revenue and said it could be worth as little as $1. The average 12-month analyst price target for the company has plunged 95% this year and now sits at just over $17, down from more than $361 at the start of January. Still, that’s roughly 350% above today’s price.

Wednesday’s plunge adds to what has been a painful turnaround for investors. Shares in the company rose more than 160% in 2020 as it cashed in on a boom in demand for used cars during the first months of the pandemic. But as supply chains normalized, prices fell, as did Carvana’s margins. That, along with a slowing economy, tighter monetary policy and continued cash burn, quickly soured investors.

The Arizona-based company has seen its shares plunge nearly 99% in the 16 months since closing at a record high of $370.10. The decline has wiped out about $60 billion in market value and leaves Carvana as the second-worst U.S. stock worth at least $500 million over that stretch.

For investors, the $1 price target is a stark reminder that despite the massive declines, more downside is still possible. Carvana stock would need to fall another 85% from Tuesday’s close to reach that $1 level.