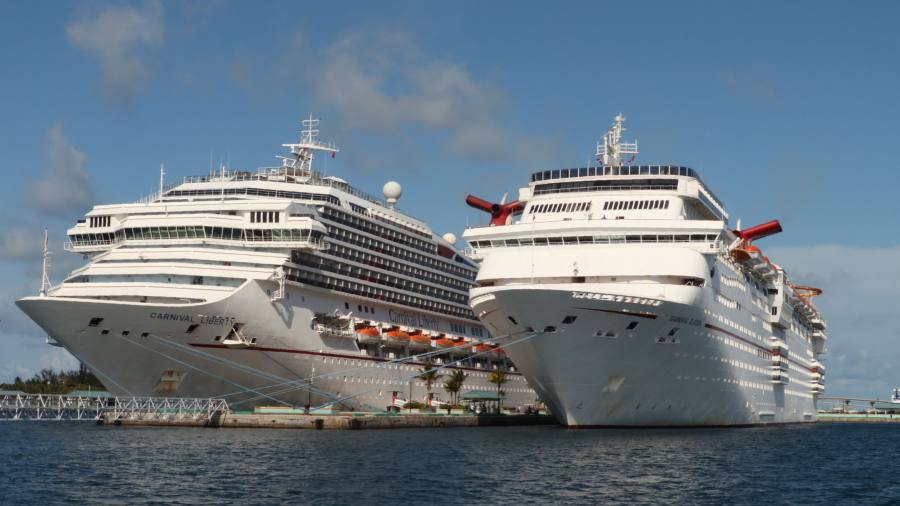 Carnival, the world’s largest cruise operator, borrowed $2 billion through a bond offering using a dozen of its ships as collateral as it works to refinance its massive debt pile accumulated during the pandemic.

The company was able to borrow more than the $1.25 billion it initially planned to raise, and at a lower interest rate than Carnival was willing to put up with just hours earlier, according to two people briefed on the deal.

The new debt was discounted and priced with a coupon of 10.375 percent, yielding a return to investors of 1[ads1]0.75 percent. That was markedly below the 11.5 percent yield bankers had marketed to credit investors on Tuesday morning, with the company citing “strong investor demand” for the bonds.

The issue is the company’s first foray into the junk bond market since May, when a bond coupon of 10.5 percent spooked the stock market.

The double-digit coupon underscored the rapid rise in borrowing costs as the Federal Reserve has raised interest rates this year. Similarly rated corporate bonds traded on average on Tuesday with a yield of 9.64 percent, according to Ice Data Services.

Carnival is not the only one paying a premium due to the turmoil in the financial markets. Junk-rated companies have had to offer an average yield of 12.25 percent to raise new debt in October, PitchBook LCD data showed. Last week, movie theater operator AMC borrowed $400 million at a yield of 15.1 percent to finance a subsidiary.

As part of the bond deal, Carnival’s parent company transferred 12 vessels, most of which became operational in the past two years and have a combined value of $8.2 billion, to a subsidiary that ultimately issued the bond, with the ships as collateral.

John McClain, a high-yield portfolio manager at Brandywine Global Investment Management, said the bond showed Carnival getting “creative” with collateral to avoid paying “outrageous” interest. “Without the ships, I don’t think they would have access to capital at a price they would be comfortable with,” he said.

The share price is down 62 percent this year to just over $8, but rose more than 11 percent on Tuesday after the bond was announced.

The structure of the bond, which matures in 2028, puts the lenders “at the front of the line” for any claim on the 12 vessels in the event Carnival is unable to meet payments, said Ross Hallock, head of high-yield research at Covenant Review.

Carnival has had to contend with a large pile of debt, totaling around $35 billion as of early September, in the wake of the pandemic. Meanwhile, recovery in cruise bookings has lagged. Last month, the Miami-based company reported a net loss of $770 million for the third quarter. 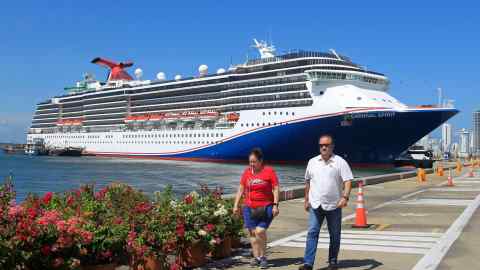 Carnival’s dollar-denominated senior unsecured notes due 2026 rose as much as 4.7 percent on Tuesday, in a sign of confidence about the company’s cash flow, but they continue to trade well below par, according to bond trading platform MarketAxess. At the start of the pandemic, the company offered bonds secured against its 80-plus fleet to lure investors.

Still, some traders said the cruise sector’s vulnerability to economic downturns and Carnival’s high level of debt meant the double-digit return on the offer was not high enough.

“When I see 11.5 percent for highly cyclical, highly leveraged US corporates and compare that to others in the market [that are offering similar yields], I’m not impressed, said one investor. “North of 15 percent is when it gets interesting. . . It is not difficult to find returns in this market.”