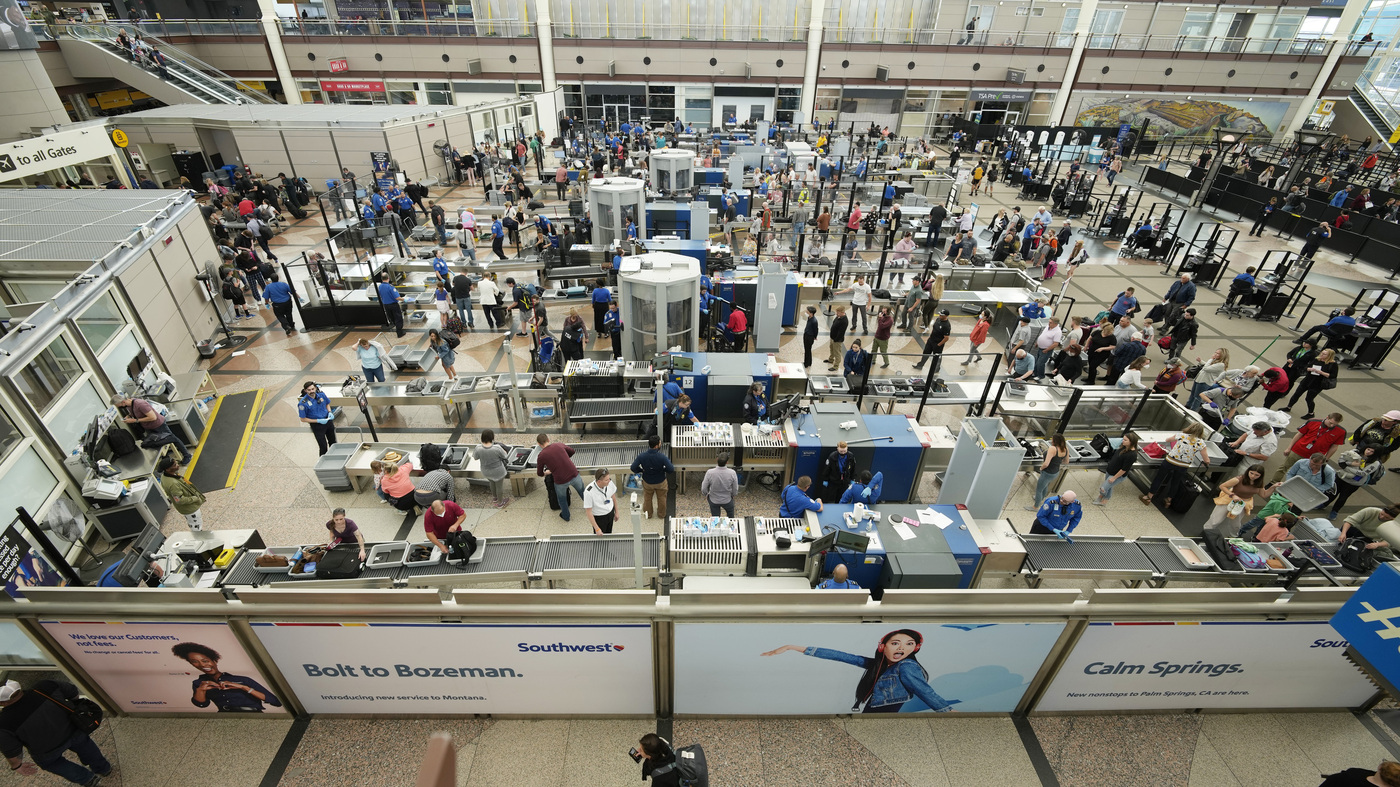 Travelers are queuing for a security check at the main terminal at Denver International Airport on Thursday.

Travelers are queuing for a security check at the main terminal at Denver International Airport on Thursday.

The unofficial start to the summer over Memorial Day weekend provides a disturbing glimpse of what awaits travelers in high season.

US airlines canceled more than 2,800 flights from Thursday to Monday, or about 2% of their scheduled times, according to the tracking service FlightAware.

Delta Air Lines, usually among the best, had the worst record among major airlines with more than 800 canceled flights in five days.

“This was a chance for the airlines to show that last summer’s delays would not be repeated this summer, and yet it should not be,” said Helane Becker, an analyst for banking firm Cowen. She blamed the disruptions on bad weather, delays in air traffic control, the airline’s crew members who reported sick and long security lines at some airports.

“We expect a busy summer and are concerned about the industry’s ability to handle demand,” Becker said.

When Delta was asked to comment on Tuesday’s weekend problems, Delta pointed to a statement it made last week, saying it faced challenges, including increasing COVID-19 cases among workers.

Delta ran 13% more flights in May than a year ago, but it announced last week that it would cut schedules for July and August by up to 3% to make the remaining flights more reliable. The pilots’ association said that they had warned the airline for several months about a lack of crew.

“We understand customer frustration, especially over the weekend,” said Evan Baach, a Boeing 767 captain at Delta and an Air Line Pilots Association official. “Delta has just not manned the airline properly with pilots for the number of flights they want to fly.”

The good news was that flight cancellations went down sharply on Tuesday. FlightAware reported only around 80 in the late afternoon on the east coast.

Different forecasts for the high number of travelers over the weekend turned out to be accurate. The Transportation Security Administration reported screening of more than 11 million people at airport checkpoints from Thursday to Monday.

It was down 9% from the same days in 2019, but an increase of almost 25% from last year. Crowds of just under 2.4 million both Thursday and Friday almost matched the pandemic height on the Sunday after Thanksgiving last year.

This meant that many flights were also packed, because the airlines’ schedules have still not returned to pre-pandemic levels, according to figures from the travel research company Cirium.

The US aviation industry hopes to push passenger numbers higher, in part by removing one of the latest US pandemic-related travel restrictions. Industry representatives said they met with White House officials on Tuesday to reiterate their request to end the requirement that travelers test negative for COVID-19 within a day of flying to the United States.

The Airlines for America trading group said that member airlines estimate that repealing the requirement will lead to 4.3 million more international passengers over one year. Airlines believe many Americans are reluctant to travel abroad because they could be stranded if they get the virus while traveling.