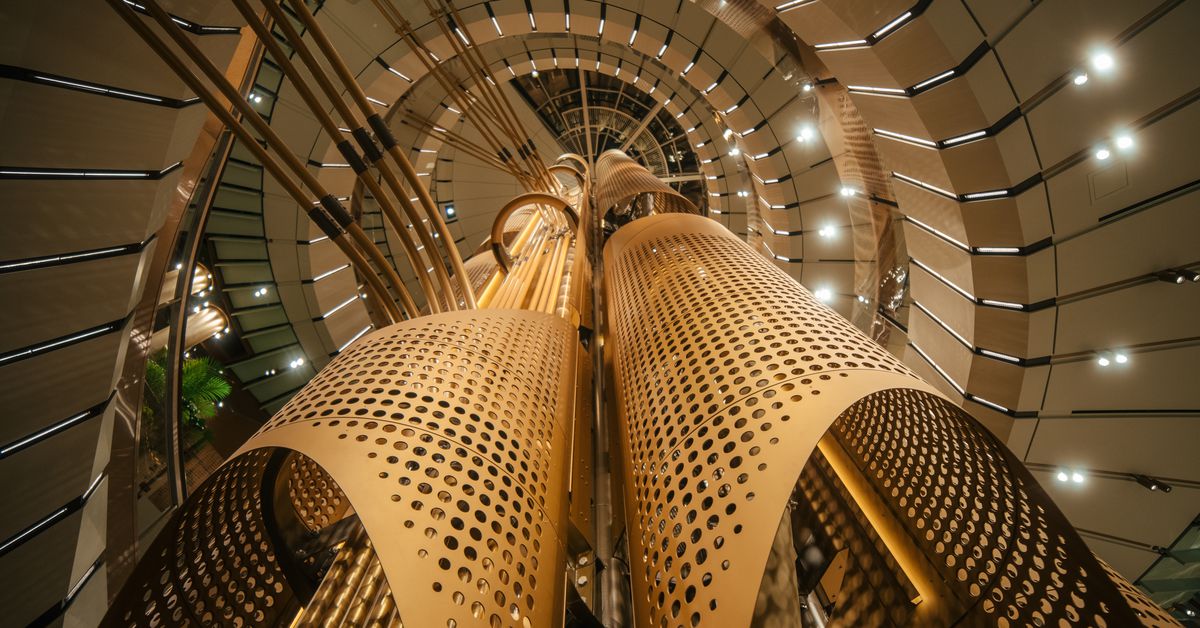 For those who want a simple cup of hot coffee, consider a place other than Chicago's new Starbucks Reserve Roaster. The new 35,000-square-foot Starbucks at 646 N. Michigan Avenue – the world's largest – is designed as a theme park for unique (and Instagram-friendly) experiences.

This Friday at 1 p.m. At 9 a.m., Starbucks superfans from as far away as San Diego opened to stand in lines swirling around the block in hopes of getting a peek into the five-story store. Inside, visitors could taste $ 14 smoked "cold-fashioned" cocktails, liquid nitrogen gelato and curated coffee-truffle pairings.

The ground floor is dominated by the sight of a golden burner who prepares 25 kilos of beans at a time. When the beans are properly cooked, they are drawn into the store's impressive centerpiece: a 56-foot-tall steel box; a silo of beans that extends all the way to the fourth floor. One can take what is advertised as the Midwest's first curved escalator to watch the prayers travel from the barrel to the third-level Experimental Coffee Bar through a series of glass-powered tubes.

That's at least partially fulfilled by former CEO Howard Schultz when he said he wanted the Chicago Monastery to be "Willy Wonka of coffee."

Starbucks says the expansive white steel and glass building, the former flagship store Crate and Barrel, was inspired by "the city itself."

Encourage customer research and highlight the love and respect we have for coffee, ”said Jill Enomoto, vice president of Roaster Design & Concept for Starbucks.

The coffee company hired Solomon Cordwell Buenz – the same architectural firm behind the iconic Crate & Barrel building of 1990 – to redesign the space.

It remains to be seen if Starbuck's sixth global roster can help make Mag Mile more magnificent again for major brands. Due to the rise of Amazon and other e-commerce, the massive flagship model is about to follow, according to the Tribune, with 29 percent of retail space on the street in front of Michigan Avenue vacant and retail outlets dropping.