Cameras that replace exterior mirrors can be allowed on US vehicles 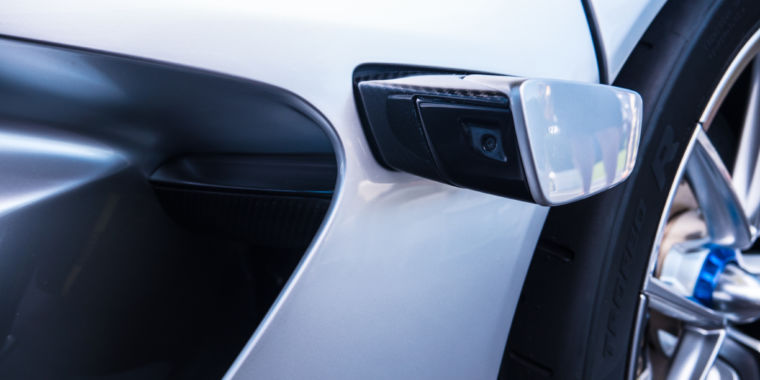 When Audi unveiled its electric e-tron SUV in San Francisco last year, it was a lot about the car's side view cameras. The function, which replaced the traditional passive exterior mirrors, is an alternative in Europe and elsewhere, but here in the United States such a system is prohibited. But now the National Highway Traffic Safety Administration is considering how to bring federal regulations for motor vehicles into the 21

st century to allow for side view cameras, according to Reuters:

The planned test by the agency known as the NHTSA would investigate "driving behavior and lane execution of lane maneuvering "in cars with traditional mirrors and camera-based vision systems," the department said in a notice that gave the audience a chance to comment.

This is not the first time that car innovation has entered the brick wall we call federal vehicle safety standards. Back in 2014, Audi was told that it could not import cars using the company's smart new laser light technology, and even today, US implementations of matrix LED headlamps are significantly less efficient than systems mounted on the same car models in Europe, where the regulations are much less descriptive.

Car designers have been toying with the idea of ​​replacing exterior mirrors with a camera system for decades, but it is now up to camera and screen technology to capture the idea. The appeal for an electric vehicle is obvious – exterior mirrors provide the front area, drag and contribute a lot of wind noise while driving, so an EV without exterior mirrors will cover several miles per kWh and be even quieter to cycle in. In addition to Audi e-tron and side cameras Lexus offers a similar system on its ES sedan, although not in the US. Honda is developing a side view camera system for the Honda E, a production version of the Urban EV concept from 2017, and Lotus has turned away from traditional mirror reflections for the Evija hypercar glass.

However, be careful what you want. When we tested Audi's virtual exterior mirror it was a very mixed bag. The system worked OK on the passenger side of the car, as the OLED display is pretty much where you expect it to be. On the driver's side, however, we found that the screen's location was far further away where years of driving have conditioned us to expect to see that information, which requires the driver to take his eyes off the road far beyond what is ideal to check a blind spot.