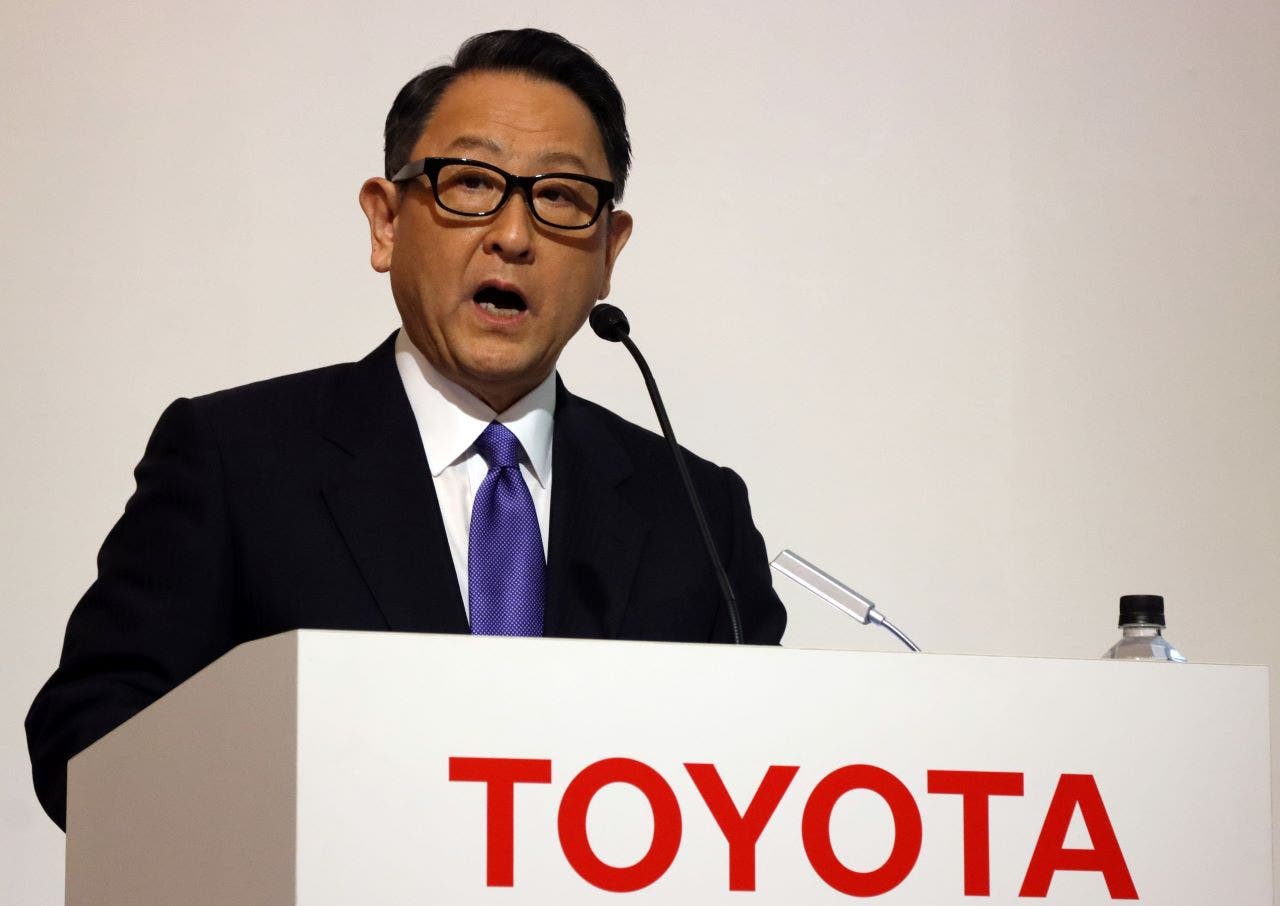 ‘Kennedy’ panelists Charlie Hurt, Richard Fowler and Spike Cohen discuss reports in California Governor Gavin Newsom will only run in 2024 if President Biden does not.

The president of Toyota Motor Corporation said this week that following California’s plan to ban gas-emitting vehicles will be “difficult” to achieve and battery-powered cars will take longer to phase in than the “mainstream media” believes.

“But just like the fully autonomous cars that we should all be driving now, BEVs will just take longer to become mainstream than the media would have us believe,” Toyoda told car dealers at the event.

Toyoda’s comments come after California’s Air Resources Board, at the direction of the state’s Democratic governor Gavin Newsom, passed rules that would require all new cars, pickup trucks and SUVs to be electric or hydrogen-powered by 2035.

In August, Toyota said it would increase its planned investment in a new US battery factory from $1.29 billion to $3.8 billion, partly in response to growing demand for electric vehicles. Toyota, the best-selling car brand in California, last month recognized the state’s authority to set vehicle emissions standards under the U.S. Clean Air Act.

“This is the single most impactful step our state can take to combat climate change,” Newsom said in 2020 outlining the emissions plan. “For too many decades, we have allowed cars to pollute the air that our children and our families breathe. Californians should not be concerned if our cars give our children asthma. Our cars should not make wildfires worse – and create more days filled with smoky air . Cars shouldn’t melt glaciers or raise sea levels that threaten our beloved beaches and coastlines.”

Toyoda, the grandson of the company’s founder, said in Wednesday’s video that “playing to win means playing with all the cards in the deck — not just a select few. So that’s our strategy and we’re sticking to it.”

Toyoda compared the automaker to a “department store” that sells a variety of vehicles to customers with different needs.

Toyoda outlined challenges to EV adoption, including impact on the electric grid and lack of easy access to electricity for about 1 billion people around the world.

A 2021 Toyota RAV4 Prime electric car charges its batteries on November 5, 2021 at a charging station next to City Hall in Charlotte, Vermont. ((Photo by Robert Nickelsberg/Getty Images) / Getty Images)

This week, New York’s Democratic Gov. Kathy Hochul said her state is set to adopt a similar plan to California’s, saying she has directed a state environmental agency to propose and finalize rules that would set annual increasing zero-emission vehicle rules starting in 2026. sales of new cars only petrol by 2035.