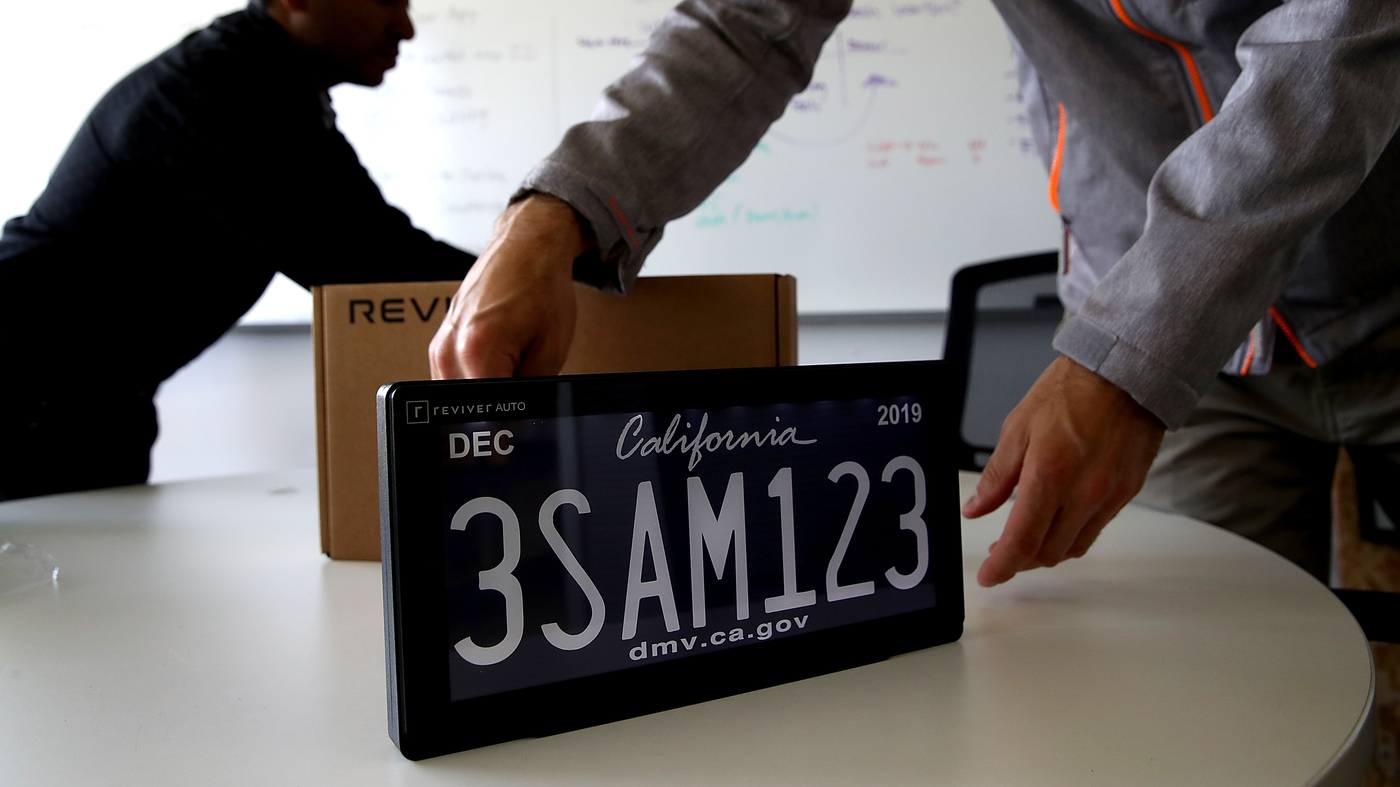 A digital license plate created by Reviver is displayed in California on May 30, 2018.

A digital license plate created by Reviver is displayed in California on May 30, 2018.

Say goodbye to that rusty piece of metal. California drivers will now be able to get digital license plates under a new law.

The Golden State had previously tested alternatives to traditional license plates, but a law signed by Gov. Gavin Newsom late last month extends the option to all drivers.

The license plate-sized screens display a driver’s license number and allow motorists to renew their registration automatically. Users can even switch between light and dark modes and customize the plates with personalized banners.

California Assemblywoman Lori Wilson, who sponsored the legislation, said it will make life easier for drivers.

“It’s a product of convenience, and I’m all about giving people choices here in the state of California,” Wilson said, according to ABC30 Fresno.

The company’s so-called RPlate can be equipped with GPS and allows users, including employers, to track a vehicle’s location and mileage.

This ability has raised eyebrows among privacy advocates, but Reviver has said it does not share data with the California Department of Motor Vehicles or law enforcement.

RPlate can also flash a message if a vehicle has been reported stolen or if there is an Amber Alert, features that Wilson believes will be a boon to public safety.

“When I’m looking at the back of a vehicle, if I’m driving behind a vehicle and I see this, it would give me cause for concern and I’d be alert for what I could potentially see,” Wilson said. She told it Los Angeles Times that drivers with privacy concerns can disable the GPS function on their own vehicles.

The company reported that about 10,000 California drivers purchased RPlate during the pilot program, a number expected to grow now that the digital plates are available for all 36 million vehicles registered in the state.

A 2019 report by the California DMV found that — aside from a few traffic stops by police who believed the digital signs were illegal — there were no significant concerns about the new technology from officers or drivers.

“The department believes that the digital license plate is a viable license plate option and recommends that it become a permanent option for Californians,” the agency said.

Reviver offers a battery-powered version of the RPlate that costs $19.95 per month, as well as a wired option for utility vehicles priced at $24.95 per month.