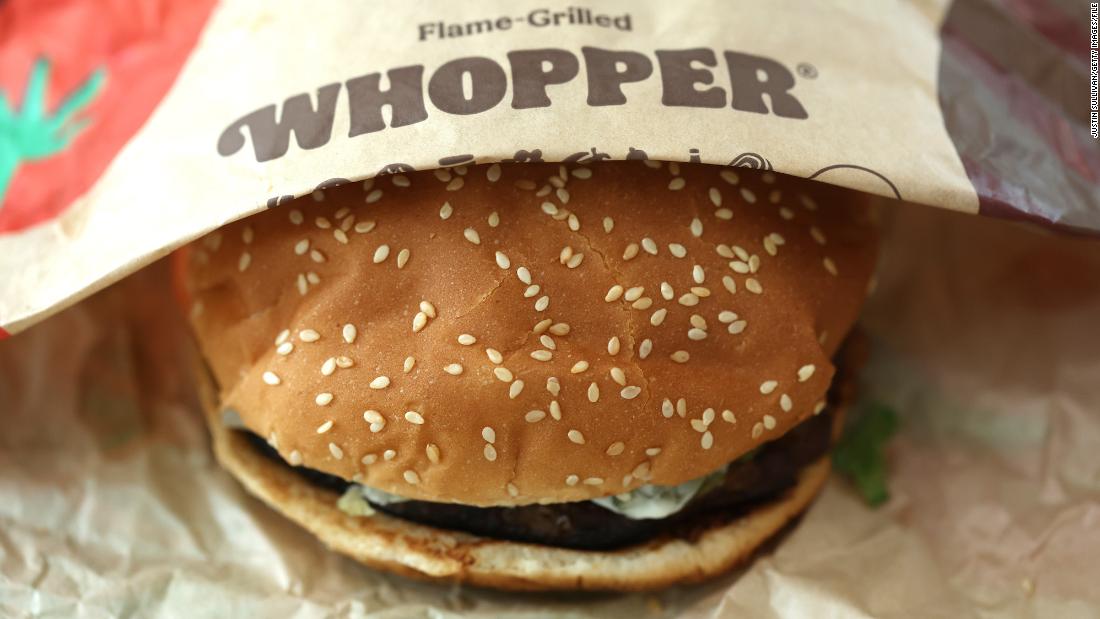 Missteps during the pandemic caused the chain to lag behind its competitors. Over the past few quarters, Burger King has been playing catch-up, and now the company hopes a big investment in restaurants and advertising will help spur growth and propel it ahead of its peers.
In the next two years, Burger King, which is owned by Restaurant Brands International (QSR), plans to invest $400 million in improving the brand — $250 million will go toward updating restaurant technology, kitchens and remodeling, and $1[ads1]50 million toward advertising and digital products. Franchisees will also invest in improving the brand.

An important part of that plan? Reminds customers of what Burger King is all about: The Whopper.

“What we really want to do in the short term is reintroduce America’s love affair with the Whopper,” Tom Curtis, president of Burger King North America, told CNN Business. The plan is to ensure that the workers are well trained in making the best possible Whopper, and that the kitchen supports consistency and ease of preparation.

The fast food giant will also lean into advertising its signature burger.

“I don’t think we’ve talked about it enough. I just don’t think we’ve celebrated it enough,” Curtis said. “And I look forward to putting it back in its rightful place as our main act.” Through advertising, Burger King wants to remind customers that the Whopper is flame-grilled and can be customized. But some other adjustments may also be in store, Curtis said.

The brand is “evaluating whether there are changes to the Whopper that could make it a better product,” he said. But the team also doesn’t want to risk messing with their most famous offering. “[We’re] a little bit in the clay, if it ain’t broke, don’t fix it, Curtis said.

During the pandemic, restaurants had to quickly adjust their business models to deal with disrupted supply chains, closed dining rooms and an increase in demand for delivery. Burger King did not adapt very well.

“Over the last few years during the pandemic and coming out of the pandemic… [Burger King US] didn’t do a good job of adapting our business to the environment,” RBI chief Jose Cil told CNN Business. “We didn’t simplify.”

During the pandemic, many restaurants quickly slimmed down their menus to simplify kitchen operations when delivery orders suddenly went through the roof. Workers trying to fill orders online can at least avoid complicated preparations.

But Burger King did the opposite.

“We actually complicated things,” Cil said, “we added menu items … that were more difficult and not necessarily intuitive and typical for us to serve.”

Specifically, Cil is talking about the Ch’King, a hand-breaded chicken sandwich that the chain introduced last year. The product “created a ton of bottlenecks operationally,” Cil said.
The problems set Burger King back as its competitors advanced. In the second quarter of this year, sales at Burger King US restaurants that have been open at least 13 months increased by just 0.4%. Sale at McDonald’s (MCD) US restaurants open at least 13 months rose 3.7% in that period.

Ch’King “was a great product that was difficult or challenging for teams to execute,” Curtis said. “The best thing for the guest is good taste and texture. So our Royal Crispy Chicken, which we just launched, offers both.”

As Burger King continues to work on other menu innovations, it will need to balance simple execution with items that excite customers, Curtis added.

The chain plans to remodel around 800 restaurants over the next two years.

The idea is to have consistent branding, but with custom layouts that make sense for the environment, Curtis said. A Burger King in a city may be smaller, with a higher focus on digital ordering. In a rural town it may have several seats.

Burger King has already started updating its image. The brand changed its logo last year, switching packaging, uniforms and signage to the new look. A few years ago, it shared what remodeled restaurants might look like: triple-lane drive-thrus, hamburger cabinets and takeout counters.
The company also wants to make it easier for customers to use the chain’s mobile app, revamp its rewards program by offering customized digital deals, and make delivery and to-go orders more convenient.