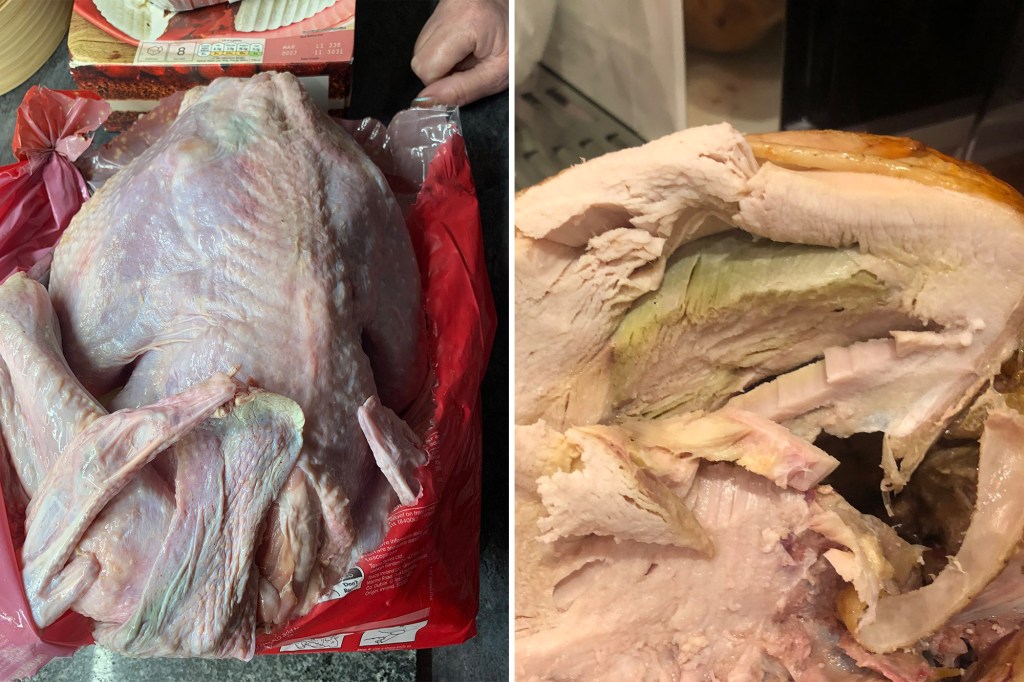 Furious customers in the UK cried ugly when their Christmas dinners were spoiled with “disgusting” and “rotten” turkeys.

Birds that were driven to the big day by several top supermarkets were found to be green, slimy and smelly by some unfortunate customers on Friday.

“@sainsburys Absolutely smoldering that our Christmas has been ruined by a rotten turkey we paid £ 50 for, said Tom Chaplin from Warwickshire in England to the supermarket chain.

“After such a difficult year when we could finally celebrate with our family again, this has ruined what should have been a glorious day.”[ads1];

Sainsbury’s also angered another squawking customer who did not have a high-quality bird to devour.

“Thanks @sainsburys we now have no turkey for dinner, rancid, brown and stink! ” complained Paula Howard.

“@AldiUK so disappointed to open my turkey from the Cardiff Bay store and see that it is rotten and smells completely rancid. he tweeted, and adds an emoji with a green face.

Britt Robinson from Norwich notified the British supermarket chain Tesco that the bird she bought in one of the company’s stores was green.

“@Tesco Our turkey is green and smells musty,” she let out.