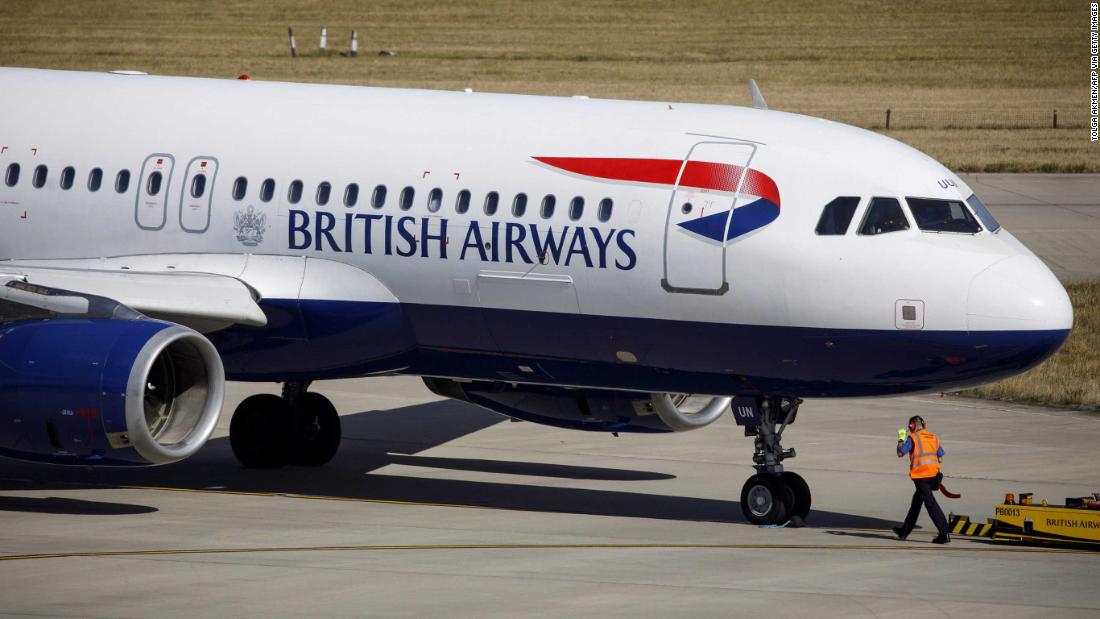 The problem left an unknown number of passengers stranded or delayed while waiting to board international flights.

British Airways, owned by International Airlines Group ( ICAGY ) said in a statement that the teams "are working hard to solve a technical problem affecting some of the our air travel. "

The carrier said it re-booked some customers on alternative flights and offered hotels to those who could not" continue their travel. "

Customers have been asked to refer to the British Airways website to check flight status. The airline said it was "very sorry for the disruption" of the passenger's travel plans.

The airline has been hit by a series of technical snafus in recent years. British Airways was forced to cancel more than 1

In 2017, it canceled flights from London's Heathrow and Gatwick airports after "a major failure of the IT system" caused serious disruption to the global business, stranding 75,000 customers.

-— Jaide Garcia contributed to the reporting