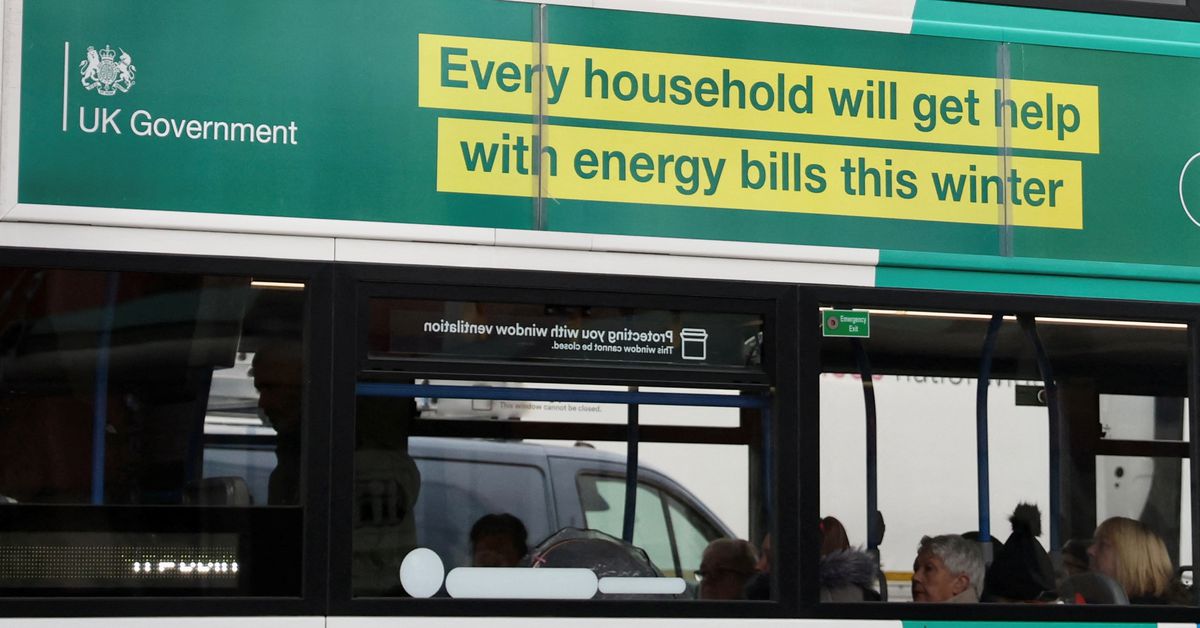 LONDON, Jan 23 (Reuters) – Britain’s National Grid ( NG.L ) said it would pay customers to use less power on Monday night and had asked to heat three coal-fired generators in case they were needed as the country facing a bit of cold weather.

The group said it will activate a new scheme called the Demand Flexibility Service where customers will receive incentives if they agree to use less power during periods of crisis.

The service, which has been trialled but not run in a live situation before, will run from 5pm to 6pm on Monday, it said, adding that the move did not mean the power supply was at risk and advised people not to worry .

The measures were announced to “make sure everyone gets the power they need”, Craig Dyke, head of national control at National Grid ESO, told BBC Radio on Monday, adding that 26 suppliers had signed up to the scheme.

[1/2] A British government advertisement offering people help with their winter energy bills is seen on the side of a bus in Stockport, Britain, November 16, 2022. REUTERS/Phil Noble

Sub-freezing temperatures have been recorded across much of the UK in recent days, with the national weather service, the Met Office, last week issuing severe weather warnings for snow and ice.

National Grid’s Dyke said consumers could make small changes to save money by reducing energy use, such as delaying cooking or leaving the washing machine on until after 6pm.

National Grid said in December that over a million UK households had signed up to the scheme, which is one of its strategies to prevent blackouts.

The announcement of the coal-fired generators did not mean they would definitely be used, it said in a separate statement.

Coal-fired generators were last put on standby in December as temperatures dropped and demand for energy increased, but they were not needed on that occasion.