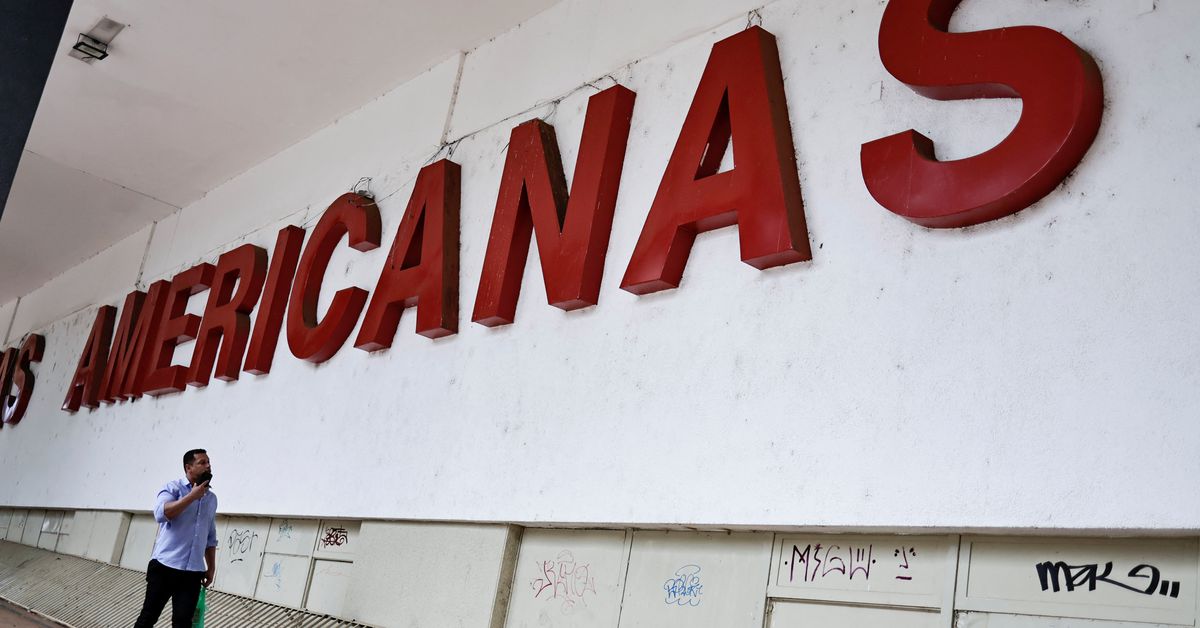 Americanas, a 93-year-old company with stores across Brazil and a major e-commerce unit, said in a securities filing that it would restructure debt of about 43 billion reais ($8.2 billion).

Shares in the company plunged around 42.5% to 1.00 reais following news of the filing, extending its year-to-date fall to around 90%.

The firm, backed by the billionaire trio that founded 3G Capital, said the move had come “despite the efforts and measures that management has taken in recent days together with its financial and legal advisers to protect the company from the effects” of the accounting scandal.

Investors had expected the decision and some believed it was inevitable, especially after lender BTG Pactual ( BPAC3.SA ) on Wednesday obtained a court ruling overturning parts of the firm’s protections against creditors.

Americanas is also facing seven different investigations launched by securities regulator CVM, as well as an arbitration process seeking compensation of 500 million reais to the firm and the trio that founded 3G Capital.

In a document filed with the court, law firms Basilio Advogados and Salomao Kaiuca Abrahao attributed the urgency of filing for bankruptcy to the creditors’ decision to seize the companies’ assets.

The retailer also cited a debt downgrade from credit rating agencies, which prevented new loans from being extended. S&P, Moody’s and Fitch have all downgraded Americanas’ credit ratings following the accounting scandal.

Earlier, Americanas had said its current cash position was just 800 million reais, down from a previously reported 7.8 billion.

Lucas Pogetti, a partner at M&A advisers RGS Partners, said a large part of Americana’s previously disclosed cash position was linked to prepayment of receivables or deposited with creditors.

“Naturally, once the banks became aware of the company’s real situation, they began to take a more aggressive stance to protect themselves, thereby limiting access to resources,” Pogetti said.

In the filing, Americanas is asking to exclude the fintech, Ame, from bankruptcy protection, as it is regulated by the central bank, and for authorization to raise capital.

Americanas’ stores are ubiquitous in Brazilian malls. The IT e-commerce unit, which traded as a separate company before a recent restructuring, is one of the country’s best online stores.

Rial, the former head of Banco Santander’s ( SANB3.SA ) Brazilian arm, attributed the inconsistencies to differences in accounting for the financial costs of bank loans and debt with suppliers.

Americanas said the reference shareholders intended to maintain the company’s liquidity at levels that enabled a “good operation” of the stores, the digital channel and other units.