Boring of the Coins – TechCrunch 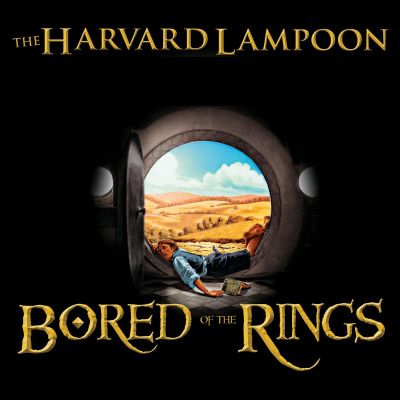 There is something strange in the world of cryptocurrency. For the first time since Satoshi laid Bitcoin on us as a benevolent bomb, this painfully new, very bizarre field has become… well… boring. True believers will tell you that great progress is being made and the mainstream breakthrough is just around the corner, but they have said it long enough that it starts to seem reasonable to start wondering if these wolves were ever real. [19659002] I know, I know, it seems particularly strange to say this at the same time as China's president and CEO of Facebook have both become blockchain advocates. But China's cryptocurrency, if that happens, will be a panopticoin, a tool for centralizing monetary control even more firmly in the hands of the Communist Party, nothing that the decentralized censorship-programmable money theoretically cryptocurrency is about; And Facebook, while making technical progress, continues to lose partners and make enemies.

The cryptocurrency is currently all about "DeFi", for decentralized finance, a movement that basically extends cryptocurrencies from "censorship-resistant money" to "censor-resistant financial instruments," such as mortgages and interest-bearing investments, along with "strike" ( not really DeFi, but often treated like it.) In the cryptocurrency, this seems like a revolution that will someday replace Wall Street. Outside of the cryptocurrency it seems … a bit like monks discussing how many angels can dance at the end of a pin, one that no one actually uses and no one outside the monastery cares about.

It's easy to get the impression the cryptocurrency world has sacrificed technical engineering in favor of financial engineering. It's easy to see them as having left "banking the non- banked ", the alleged original noble goal for many," to offer sophisticated financial instruments to the unbanked ", long before any of the famous unbanked the oaths have actually been, you know, banked. And I'm sorry to report that you wouldn't be completely wrong.

But there are real technical advances. It's just that they are mostly slow and behind the scenes, and meanwhile, the community's "MOPs and sociopaths" have taken advantage of DeFi.

On the application layer, I'm interested in Vault12, which uses "friends and family to safeguard cryptocurrency" – basically, rather than handing secret keys that control your cryptocurrency to a third party as an exchange, which is no different from traditional banking. You protect them from people you trust, so some of them can work with you to recover your keys if they are lost, using a cryptographic protocol known as Shamir's secret sharing. Luminaires such as Vitalik Buterin and Christopher Allen have argued for "social key recovery" for some time, and it is interesting to see it offered by a slick new Valley startup.

But much of what happens is more basic, looking for the opportunity to support many more transactions than today's blockchains. The entire foundation of today's second-tier cryptocurrency, Ethereum, is being torn apart and replaced wholesale, looking for "Ethereum 2.0." Bitcoin remains much more stable and conservative, but a whole new story is added to the foundation, the Lightning Network. Both make me uneasy. A basic rewrite is always worrying. Lightning can scale, but it's about something even more hostile than Bitcoin, basically the cryptocurrency equivalent of a hard to use prepaid credit card. Still, the unauthorized equivalent of prepaid credit cards would be good for the unbanked, all of whom are obviously so worried, right?

I'm also troubled because almost all blockchain scaling solutions – lightning, cutting, plasma, optimized interlacing, etc. – turn basic blockchain security from something relatively passive (check hash and use the chain with the most computing power) to something active (" watchtower, "" fraud insurance. ") This appears to increase the security attack surface of a lot .

All these problems can still be solved. Sure. But at the same time, it feels like dissonance between the attitude inside the cryptobubble and that of everyday life may never have been greater. Meanwhile, the dark spectrum of Tether hangs across the industry. OK, circumstantial evidence is not allowed for good reason … but there is certainly a lot of it.

I have argued before that "ongoing associations to a cloud of mad scandal and hanging on snake oil sellers – all these would be disastrous signs of, for example, a traditional reboot – may actually be indicators of strength, not weakness" in the cryptocurrency movement …

… but at some point, your religion – or "brain virus," as Naval Ravikant once called cryptocurrency – must begin to appeal to people who don't actually live on your compound, otherwise you remain a cool and wither away. When will it happen? Will it happen? The answer is still not clearer than it was five years ago.