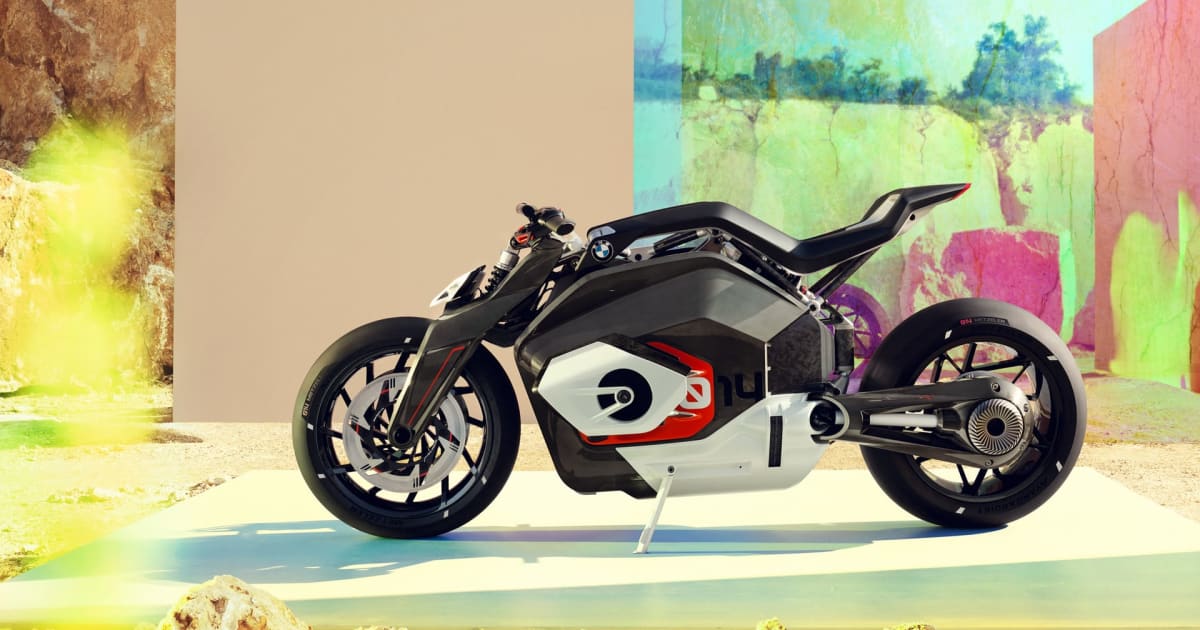 Unveiled at BMW's NextGen event in Munich, Germany, the Vision DC Roadster concept, takes the iconic design of the company's two-cylinder boxer engine and inserts a battery inside. The result is a nude bike that basically looks at a concept design, still sees the part of a BMW bike.

BMW has taken the protruding elements of the engine and used it as a cooling function on the Vision DC Roadster concept. The elements actually flame in and out if the bike is moving or stationary to cool the batteries. The bike itself is built with aluminum and carbon fiber to reduce weight while the LED lighting system echoes the light design of today's BMW motorcycles.

[>19659002] In addition to the bike, BMW also uncovered protective equipment with integrated lightin g and connection aspects. Hopefully this bike (or one based on this design) goes into showrooms in the near future. A BMW motorcycle with electric torque is an exciting proposal that we have too long to do.