BMW and Daimler partner on autonomous driving, first result of team-up in the market by 2024 – TechCrunch 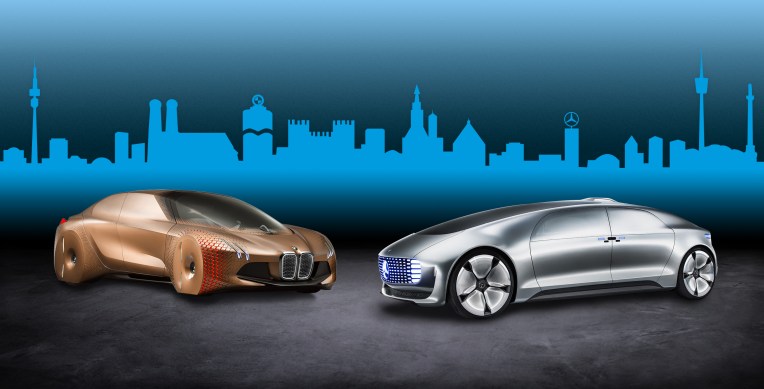 Global automakers BMW and Daimler will join a new long-term partnership to develop automated driving technologies, including levels of automation right up to SAE Level 4, defined as full self-driving, no human intervention required, but only under precisely defined conditions or domains – steering wheel and brakes, not necessarily even the car.

This BMW / Daimler partnership includes developing automated driving technologies ahead of Level 4, including advanced driver assistance features such as smart cruise control and automated parking. And while it is not covered by this specific scheme, the two automakers also say that conversations continue to expand their collaboration to cover highly automated driving in denser urban areas and driving conditions in the city.

It is a non-exclusive event that is the new commonplace in autonomous vehicle technology development, where cross-producer partnerships have become increasingly common, and we have also seen older car generators with high frequency start-up and younger technology companies to complement their own development efforts.

Daimler and BMW aim to develop a "scalable automated driving platform" through their combined efforts, which companies are open to participation, forming both other automakers and technology providers. The resulting platform will also be made available to other OEMs under license.

Daimler is currently working on distributing its first level 4 / level 5 self-propelled vehicle pilot program in an urban environment in partnership with Bosch, aiming to have it operational this year. BMW's next big automatic drive will be along with its iNEXT lines of vehicles, with Level 3 technologies being targeted release along with the first of these models in 2021

. Both partners expect to implement the results of this partnership especially in their respective respective model series cars. beginning in 2024, however.