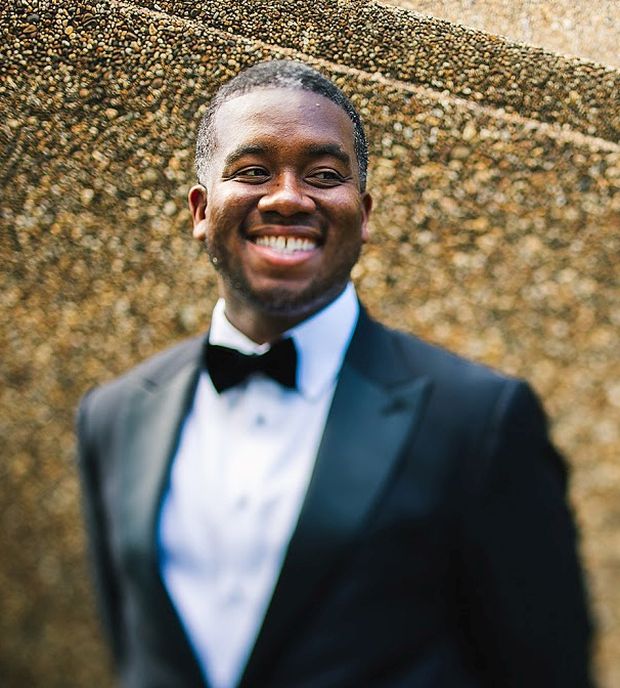 Jermaine Massey published on DoubleTree in Portland's Lloyd District to explain why he was approached – and then kicked out – by the hotel when he was a guest there.

"The hotel has requested a private discussion, but Mr. Massey was publicly humiliated," said a release from Massey's lawyers. "Therefore, he requires a public response."

Massey, 34, was on the phone with her mother on Sunday after a Travis Scott concert at the Moda Center when a white security guard denied him and interrupted his call to ask if he was a guest at the hotel. When Massey said he was, the guard kept asking what room number he was in.

Massey said when he tried to cut off the interaction because he was on the phone, the guard had a manager call the Portland police to remove Massey from the premises .

Much of the event was recorded on Massey's phone. He also wrote a series of videos telling his experience immediately after the incident when he booked a room at the Sheraton near Portland Airport.

Now Massey says he was guilty of simply calling "his mother while he is black." The sentence refers to similar events where white people have called the police to black people for innocent behavior. An Oregon lawyer was the target of one of these events when a white woman called Janelle Bynum's police for work in her neighborhood.

Nationally, the Massey case has received attention for similar comparisons. Black people had to interact with the police because they grilled in a park or tried to enter their own apartment complexes.

In some cases, such interactions may be fatal.

In the police report, Massey is described as "very angry" and officers say he shouted. In the videos he sounds upset but respected the police order.

"This was a real event where I could have been in prison if I reacted differently," Massey said in her Instagram video at night. 1

9659002] Massey was not accused of any crimes, but he was told both by the hotel staff and the Portland police that if he did not pack his bags from his room and left the property, he would be charged with violation. One of the officers who escorted him from DoubleTree offered him a trip to another hotel, but Massey said in a statement on Thursday that he would not leave the hotel at the back of a police car because he did nothing wrong. [19659002] "It just goes to show you that racism is still alive and well," said Massey in the Instagram video. "It's sad that people have to go through these things. I'm not the first, and I'm not the last. But I won't stand for injustice." Massey now holds Portland lawyers Greg and Jason Kafoury. They released two questions they would like DoubleTree's management to answer:

"1. As the video shows, the event took place in a quiet corner of the hotel lobby, which was open to the public. At that time, Mr. Massey was back a personal phone call from his mother living on the east coast, why was Mr. Massey approached by security? Why was he interrogated?

"2. Security guard told Mr. Massey that he was a "threat to security," a statement echoed by the hotel chain press release saying, "Security for our guests and staff is our top priority." Please explain in detail how Massey was a threat against security or security. "[19659002] The hotel administration told police officers that security guard Earl Meyers was keen to ask people in the lobby if they were guests at the hotel, according to a police report.

In the videos, Meyers says he called the police to remove Massey because he was loitering, despite Massey holding his key card.

General Manager of DoubleTree, Paul Peralta, said in a statement Monday that the whole event was a misunderstanding.

"Security for our guests and co-workers is our top priority at Doubletree by Hilton Portland, "Peralta said in a statement." This unfortunate event is probably the result of a misunderstanding between the hotel and the guest. We regret that this case ended the way it did. We are a place of public accommodation and do not discriminate against any individuals or groups. "

However, Massey said he felt designated because he was black and wore a black hood with jeans and sneakers.

He showed in a video sitting in the lobby – alone, in a bank with comfortable chairs, away from the love of the guests milling through the main entrance.

This was the first time Kent, Washington, a resident had visited Portland.

Visit subscription.oregonlive.com/newsletters to get Oregonian / OregonLive journalism delivered to your email inbox.