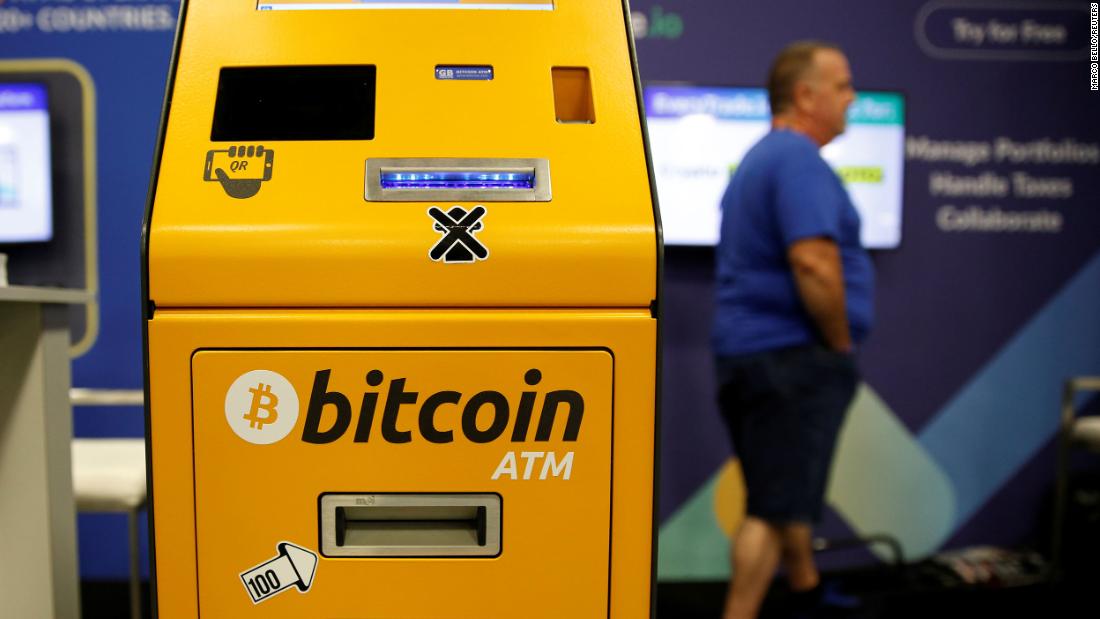 The world’s most valuable cryptocurrency fell 10% on Monday after plummeting again over the weekend. Bitcoin prices have now fallen by almost 20% in the last week. At a price of just under $ 31,000, bitcoin is more than 50% below a record high of close to $ 69,000 from the end of last year and at its lowest point since July 2021.
Other cryptocurrencies, sometimes referred to as altcoins, have also been hit hard. Ethereum, binance, solana and cardano are all down around 15% in the last week, while Elon Musk’s beloved dogecoin has fallen 10%.
Cryptocurrencies are proving to be as risky as equities and susceptible to the same concerns that are pulling down the Dow, S&P 500 and Nasdaq.

“Volatile digital asset trading has not been so unusual in previous years,” said Michael Kamerman, CEO of trading platform Skilling. “Cryptocurrencies are increasingly synchronized with technology stocks with investors treating both risk assets and often retreating to safer corners of the market during attacks of market volatility.”

Kamerman said he remains optimistic about bitcoin in the long run. Several hedge funds and other large institutions are beginning to invest in crypto, and some global central banks are beginning to embrace it as well.

But he added that “bitcoin is not immune to the global inflation risk that is spreading across most other asset classes. Therefore, we should expect to see the downward trend continue.”

Bitcoin suffered from the same problems that pull down stocks

Fear of inflation, concerns about large interest rate hikes from the Federal Reserve and concerns about a possible economic downturn have rattled Wall Street and sent bond yields skyrocketing.
The 10-year government bond yield is now just over 3.1%, and has more than doubled this year. Long-term bond yields are now at their highest level since November 2018.
The rise in interest rates has also helped to lift the value of the dollar, which tends to rise in line with interest rates. The US Dollar Index is now trading close to its highest level in twenty years. This is bad news for bitcoin as well, as many cryptocurrencies point to dollar weakness as a bullish sign for digital currencies.

As prices (and the dollar) continue to rise, some crypto-skeptics believe that bitcoin sales have only just begun. The Federal Reserve is starting to withdraw on monthly bond purchases and other stimulus that can be bad news for all kinds of speculative assets.

“The dramatic reversal of the Fed’s liquidity … will collapse the pandemic bubble in cryptocurrencies, losing money on technology companies and meme stocks,” said Jay Hatfield, chief investment officer of Infrastructure Capital Management and head of the InfraCap Equity Income ETF.

Hatfield said he believes bitcoin could fall as low as $ 20,000 by the end of the year.

The cryptocurrency collapse also damages several stocks with exposure to industry. Broker Coinbase fell 17% on Monday and is down more than 65% this year. Robinhood, which also allows people to buy and sell some cryptocurrencies, has fallen more than 45% in 2022.
And the shares of several cryptocurrency miners, the companies that run servers that solve the complex mathematical puzzles needed to generate new bitcoin and other cryptocurrencies, have also fallen. Hive Blockchain (HVBTF), Marathon Digital Holdings (MARA) and Riot Blockchain (RIOT) are all down between 50% and 60% this year.
The massive decline in these and other technology stocks with speed is another sign of the rapid change in the market’s mood this year. The CNN Business Fear & Greed Index, which measures seven indicators of market sentiment, is in extreme fear territory.

Investors can continue to avoid volatile cryptocurrencies in favor of safe havens, such as dividend-paying blue chip stocks.

Traders are “more reluctant to take the extra risk associated with the cryptosphere,” said Tammy Da Costa, an analyst at DailyFX, in a report.

She added that “the future of individual coins or tokens remains questionable” and that “interest rate increases are likely to jeopardize the short-term potential for profit” in bitcoin, ethereum and other established crypto.