,500 in about four hours on Sunday, August 4, and then reached $ 11,800 on August 5, but has subsequently settled slightly lower at press time. 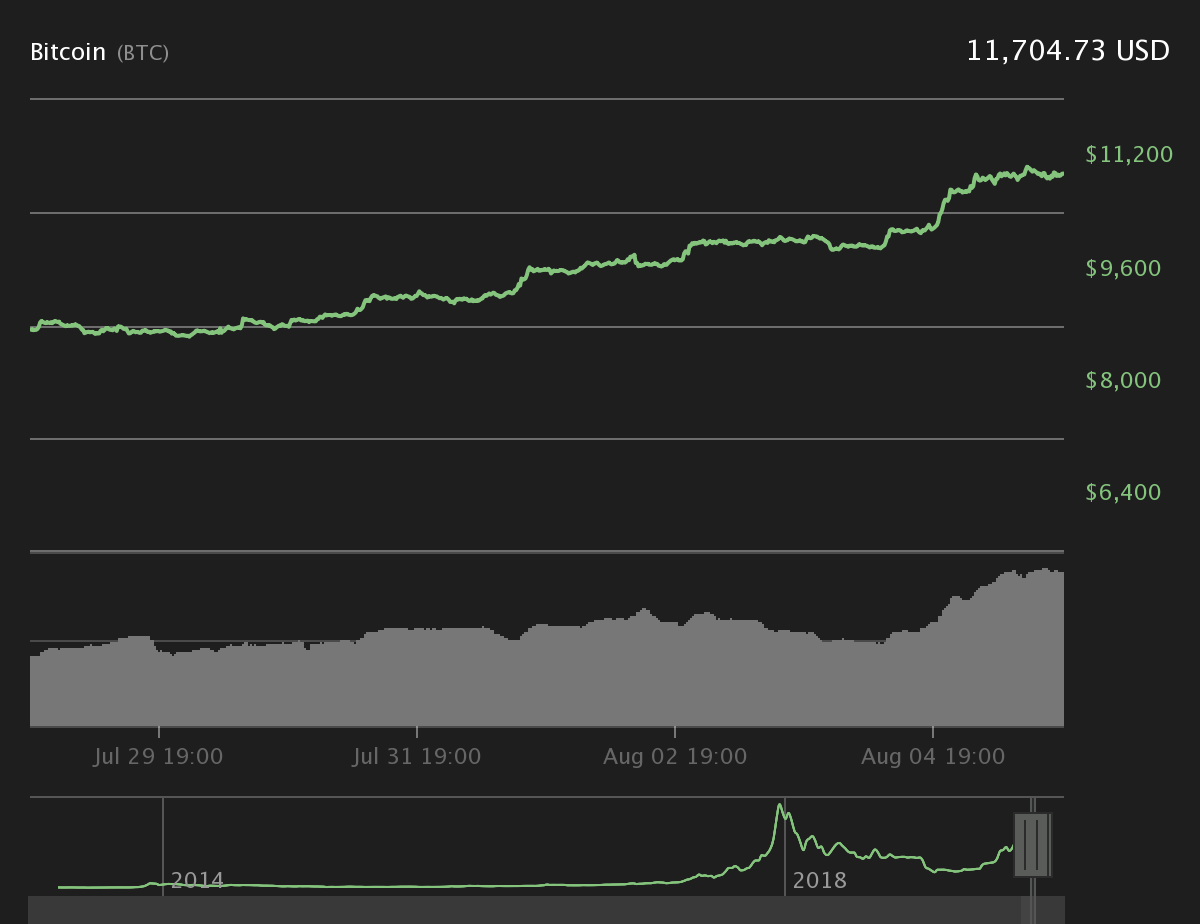 Number two cryptocurrency, Ether, has had mild gains on the day, currently trading at over $ 229.29 with a gain of 1.38% on the day. During the week, the coin increases by over 10%.

As previously reported by Cointelegraph, the San Francisco Open Exchange institutional cryptocurrency exchange recently suggested that Ether may be close to losing its altcoin status, as its price is more correlated with Bitcoin than any other symbol. 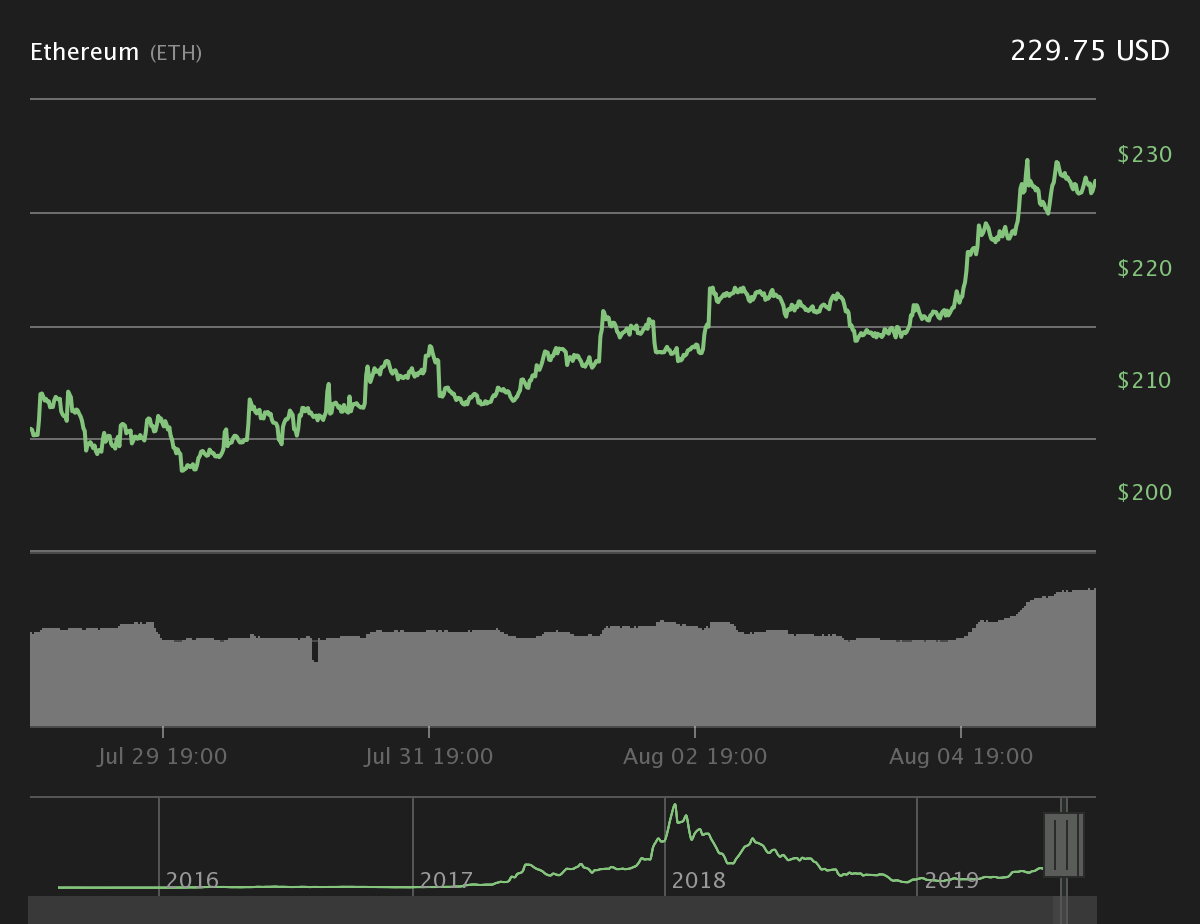 XRP, the third largest crypto, has mostly traded sideways. At press time, the XRP is trading just over $ 0.320, increasing by 0.77%.

Last week, XRP's issuing company Ripple sent an open letter to the US Congress urging lawmakers to differentiate between cryptocurrencies and their affiliated entities when developing regulatory policies. 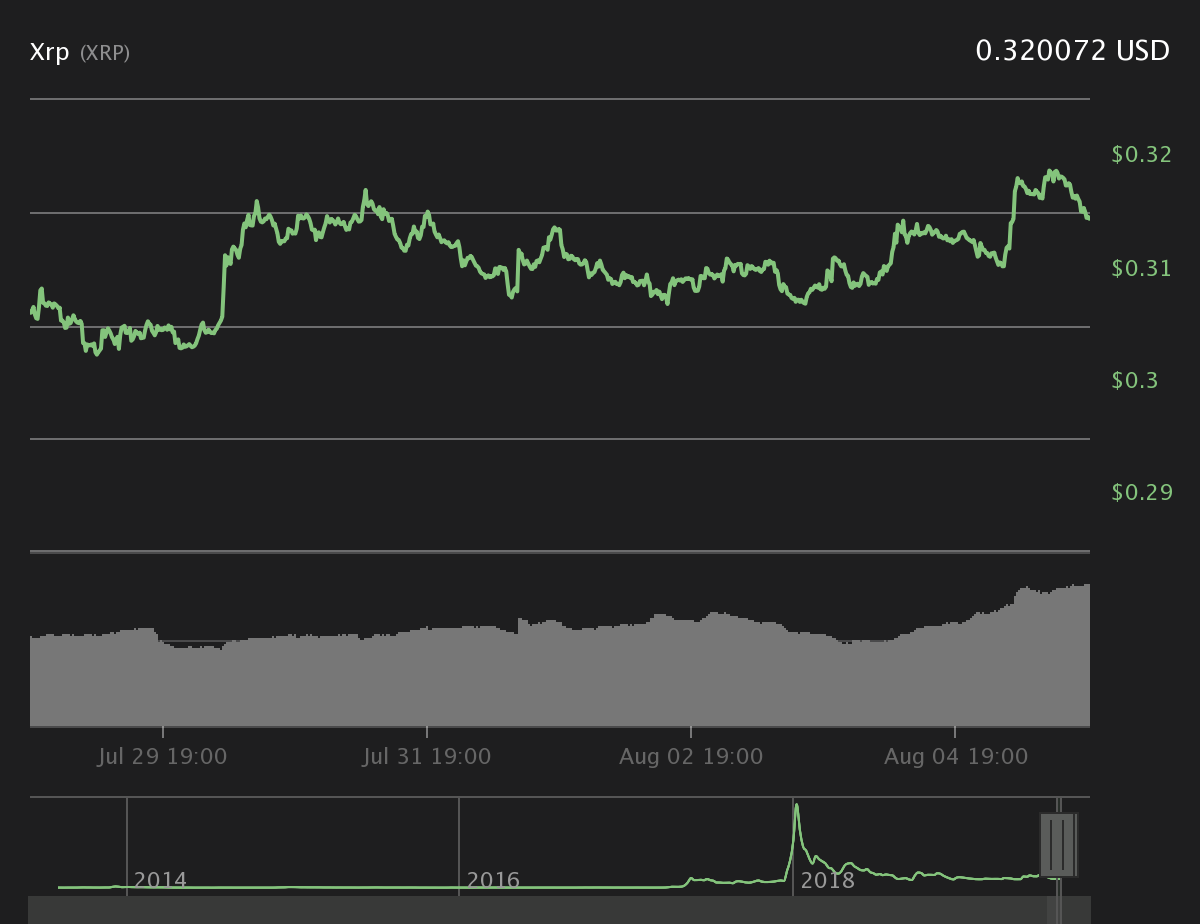 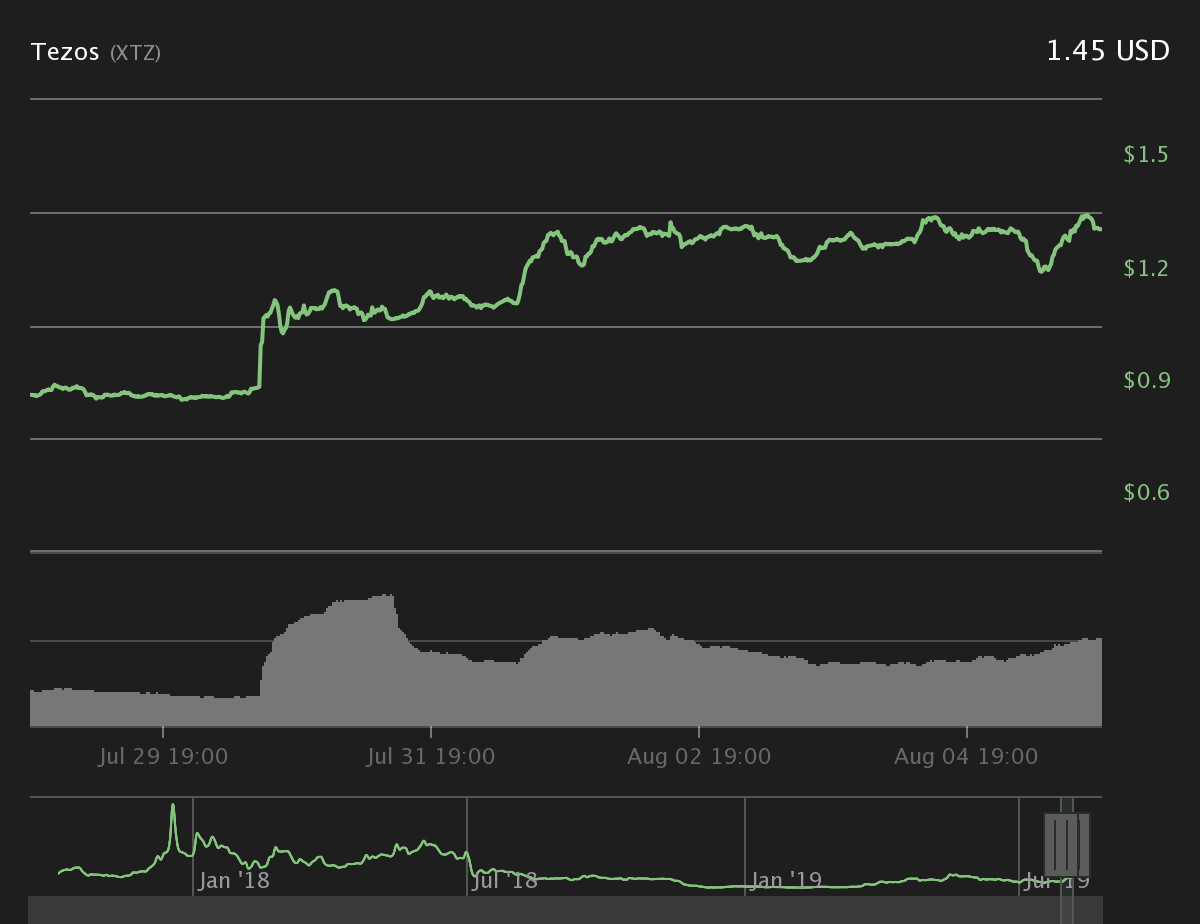 The total market value of the top 100 cryptocurrencies is over $ 303 billion at press time, according to data provided by Coin360's summary table.