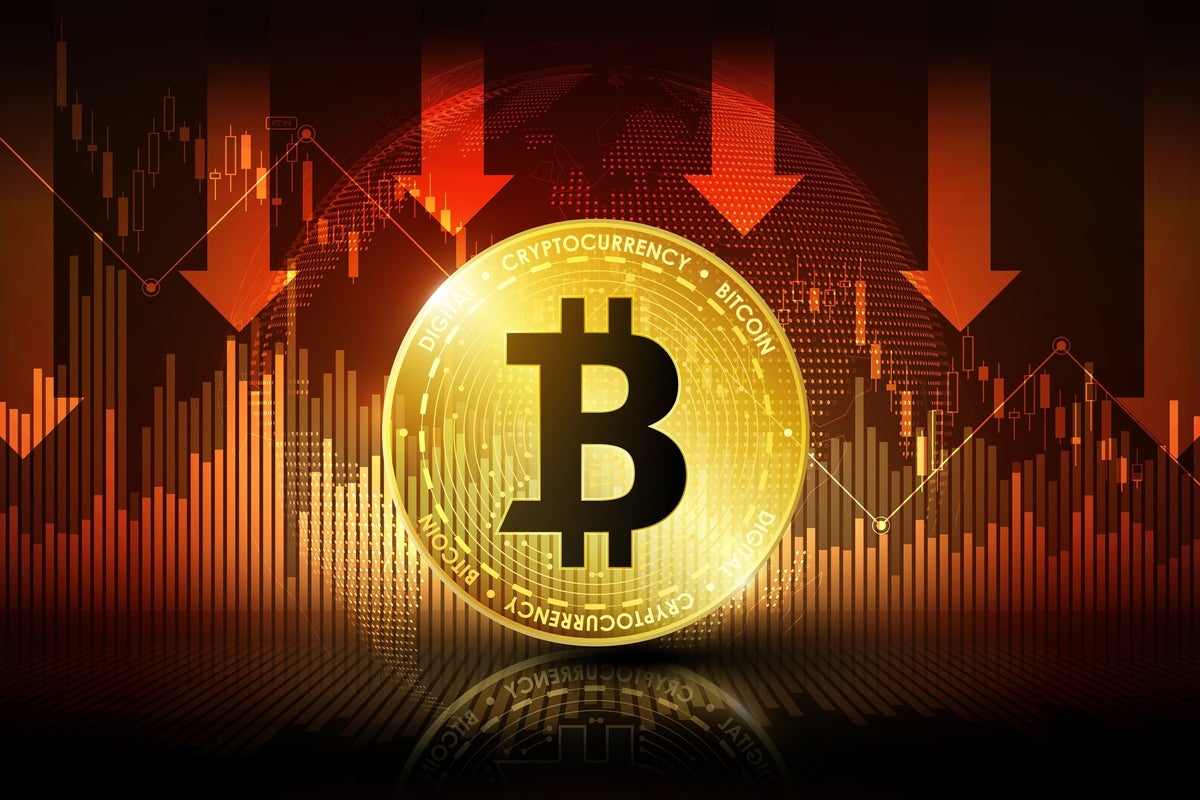 Bitcoin and Ethereum traded lower on Monday night as the global cryptocurrency market cap fell 0.75% to $853 billion at 7:17 PM EST.

See also: 10 Best Robinhood Alternatives to Use in 2022

Why it matters: Cryptocurrencies were downbeat, while stock futures rose marginally at the time of writing, as fears of future interest rate hikes gripped investors.

On Monday, the ISM services report on business indicated that the services sector grew in November for the 30th month in a row. Services PMI climbed to 56.5 in November from the previous reading of 54.4.

“Inflation is likely to prove stickier and with the service sector of the economy refusing to ease. The risk that the Fed may need to do more remains high, which is why this economy must be headed for a recession,” said OANDA senior market analyst Edward Moya said in a note. ?

“Bitcoin’s earlier gains disappeared after a hot ISM service report led to bets that the Fed could tighten much more than markets are currently pricing. The crypto headlines have not been that surprising as they focus on how much money was lent and likely to be lost . It is fascinating to see how resilient Bitcoin has performed in recent days, but a sustained move higher seems unlikely.”

Standard Chartered’s Global Head of Research, Erik Robertsensaid the apex coin could drop as low as $5,000 in 2023.

Bitcoin is undergoing a capital reset, according to Glassnode. “In the wake of one of the biggest events in digital asset history, is [Bitcoin] Realized Cap has fallen such that all capital inflows since May 2021 have now been washed out,” tweeted the research firm on the chain.

The depressing event referenced by the firm was the implosion of FTX, the cryptocurrency exchange formerly led by Sam Bankman-Fried.

However, Glassnode noted that the “severity” of losses appears to be decreasing in recent weeks. There has also been a positive change in both network activity and demand for block space.

“However, this shift in structure is not supported by increasing transfer volumes, which continue to weaken in low cycles, suggesting an elevated level of retail participation,” Glassnode said.

Justin Bennett said despite the pullback from stocks seen on Monday, “Bitcoin is holding up well.” The cryptocurrency trader said on Twitter: “This [crypto] relief rally is not over.”

Michael van de Poppe said in the coming days that he would look for Bitcoin to test the $16,500 level for a long time. He is also watching for a potential “sweep of the lows” and the apex coin regaining the $16,900 mark.

“[For] now I’m calm and I’ll probably wait for it [higher low] to happen before triggering positions,” the trader said.

Read next: YouTuber Marques Brownlee Owns Bitcoin: Why He Still Sees Cryptocurrency as ‘All Just Gambling’