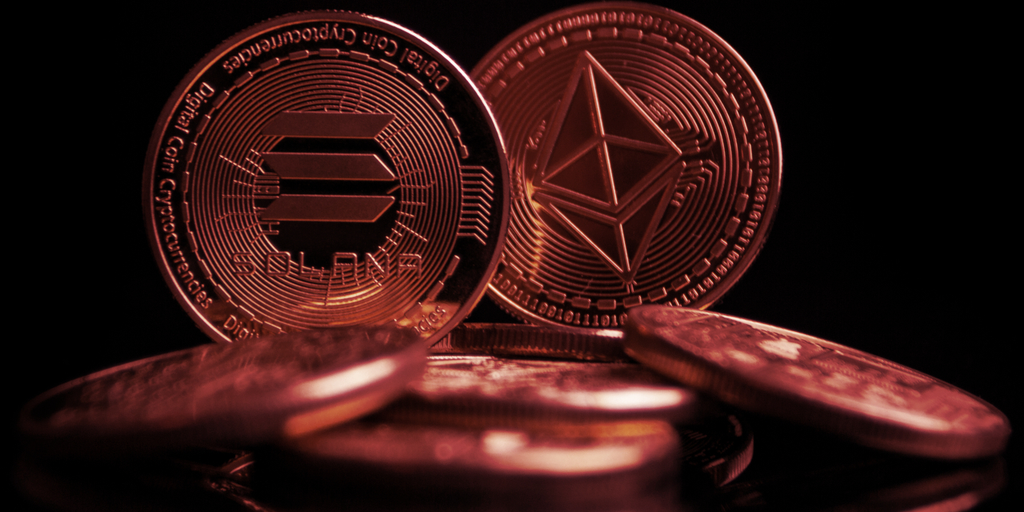 Bitcoin (BTC) and Ethereum (ETH) both fell 1.5% over the past seven days, with the former changing hands at $16,557 and the latter worth around $1,192 at the time of writing, according to CoinMarketCap data.

The Bitcoin network started the week with a handicap after several leading US miners suspended operations due to extreme weather. Bitcoin’s hash rate – a sign of the computing power of the network –fell almost 40% and bottomed out at 156.36 EH/s. It has since come to fruition 247.87 EH/s.

It was a completely different story for Solana. SOL faced the biggest losses this week of the top twenty coins by market capitalization, falling 17% to trade at $9.78 at the start of the weekend. Solana has now hit one two year low and struggling to stay above the $10 support level.

The long selloff began early last month, when Solana posted peaks of nearly quadrupling its current value. As FTX collapsed, so did faith in Solana; the network was strongly supported by FTX and its sister company Alameda Research, and by their CEO, Sam Bankman-Fried.

Dogecoin (DOGE), the best memecoin of the year, posted the second biggest losses among the top twenty. It fell around 11% and is currently trading at $0.068588.

Dogecoin only started spiraling this week amid disputed rumours the network will follow Ethereum and transition from a proof-of-work (PoW) consensus mechanism to proof-of-stake (PoS). Dogecoin’s core developers deny that the move is imminent, although chief engineer Michi Lumin said there is a plan in the pipeline to present a PoS proposal to the community.

Only one top-thirty cryptocurrency gained big this week: OKB blew up 15.4% and is currently trading at $25.22.

While Western media continued to rejoice over the unraveling of the FTX saga, three key economies took tentative steps towards crypto this week.

Japan’s Financial Services Agency (FCA) on Monday issued a draft of regulatory guidelines for the acceptance of foreign issued stablecoins. The guidelines follow those of the Japanese Parliament the Landmark Act, sent back in June, which legally classified stablecoins as digital money as long as they are sufficiently backed and redeemable. The new framework comes into force in 2023.

Finally, on Thursday, Turkey’s central bank announced that it has completed the first set of tests for a digital lira. More tests will be run in the first quarter of next year and a report will accompany the central bank’s evaluation.

Even after a brutal year for crypto prices, nation-states are looking at crypto trading, stablecoins and sovereign cryptocurrencies.