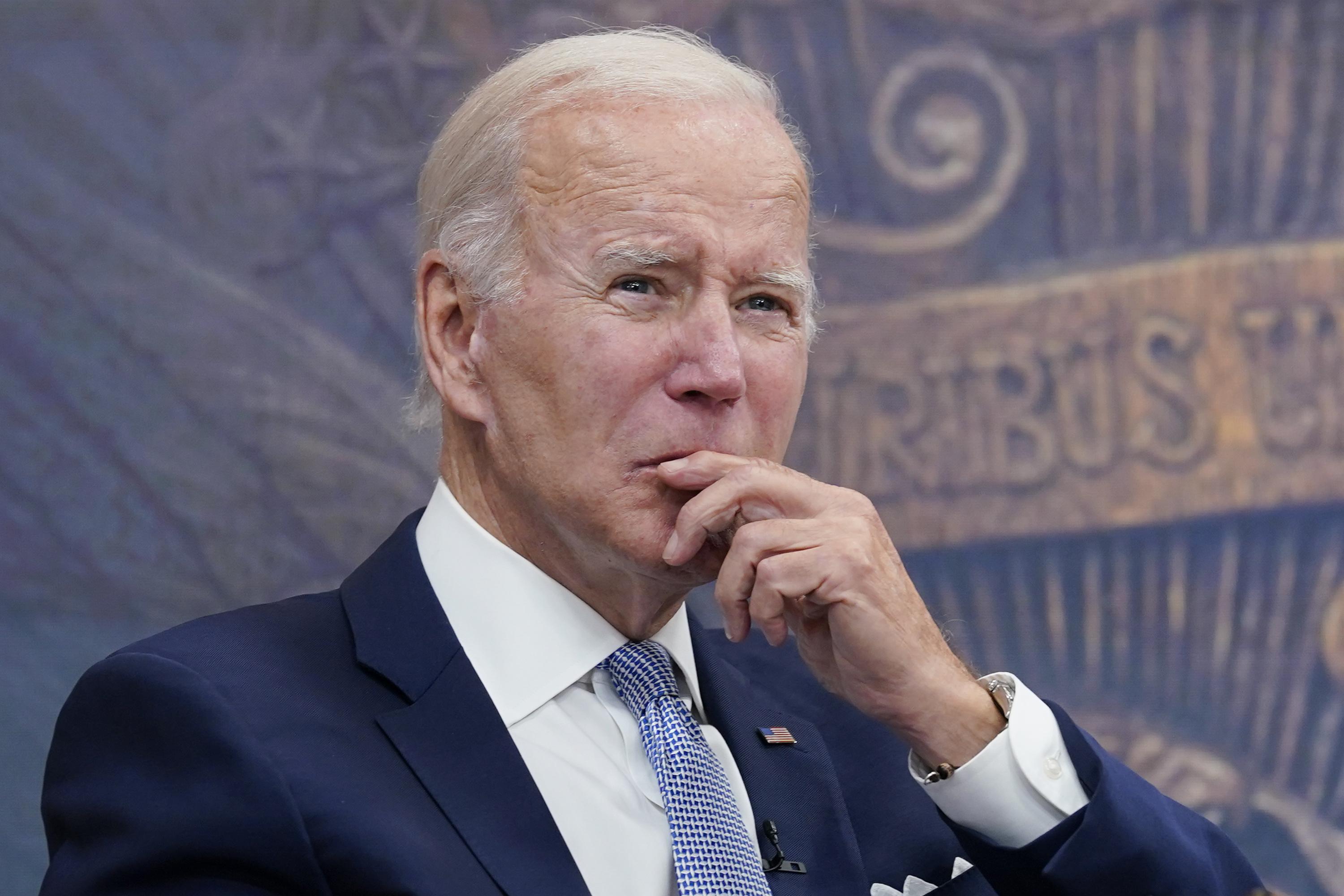 WASHINGTON (AP) – President Joe Biden and his administration came out Thursday to downplay a troubling new economic report which added to the evidence of a recession, and sought instead to draw attention to major legislative advances for measures to tame inflation, reduce debt and preserve America’s competitive advantage.

The desire to emphasize the positive reflected the political tensions that are already playing out in the run-up to the mid-term elections. Republican lawmakers are sounding the alarm that a downturn has already begun, a claim challenged by Biden and his fellow Democrats who wanted the public to focus instead on a pair of likely wins in Congress.

Thursday reflected the constant push-and-pull that has defined the Biden administration, where any triumph can be overshadowed by a setback and the news cycle moves at a faster pace than victory laps. This created dueling narratives about where the land is.

Republicans said the report showing the economy shrank for a second straight quarter was evidence of a “Biden recession”[ads1]; at a time when inflation is at a four-decade high.

For his part, Biden cited near-record low unemployment and signs of continued business investment in the economy. He declared, “That doesn’t sound like a recession to me.”

The president celebrated Congress’ passage of a bipartisan $280 billion package to boost the U.S. semiconductor industry and the sudden resurrection of a Democrat-only proposal to lower prescription drug costs, tackle climate change, fund the IRS, establish a minimum corporate tax and cut the deficit.

Other White House officials took Biden’s cue, shrugging off the gross domestic product report that showed the economy shrank at an annual rate of 0.9%.

“Where we are right now, we’re on the verge of doing really historic things that will help move the ball forward on the economy,” Brian Deese, director of the White House National Economic Council, told The Associated Press when asked about this . disturbing GDP report. “That’s our focus.”

In a rare press conference, Treasury Secretary Janet Yellen allowed that Americans are fundamentally concerned about inflation, not the back-and-forth between Democrats and Republicans over whether the GDP report shows the economy has slipped into a recession.

“We should avoid a semantic battle,” Yellen told reporters, adding that Americans’ “biggest concern is inflation” and that they generally feel good about their ability to find a job and stay employed.

Yet the finance minister used his own rhetoric by saying growth was “slowing”, as the GDP report showed the economy has shrunk in size over the past six months.

The ultimate judge of whether the country is in a recession is the National Bureau of Economic Research, which may not make its decision for some time.

Yellen portrayed the decline as positive for an economy returning to normal after the pandemic, a contrast to Republicans’ argument that it was an unabashed failure caused by Democratic policies rather than the world’s complicated efforts to emerge from the coronavirus pandemic.

That debate trickled down to the semiconductor bill now awaiting Biden’s signature and new climate and drug pricing legislation that Democrats have dubbed the “Inflation Reduction Act of 2022.” The administration says both bills would fight inflation, while Republican opponents argue they would push prices higher.

“This morning the government announced what every American has felt for nearly a year – we are in a recession,” House Republican Minority Leader Kevin McCarthy said in a speech. “Democratic spending caused this inflation. And now they’re doubling down on the same failed strategy.”

Other Republicans moved quickly to capitalize on the report, with the Republican National Committee declaring it indicative of “Biden’s recession.”

Even the White House acknowledges the bills won’t have an immediate effect on consumer prices or economic output, but it believes voters will reward Biden and Democrats for being seen as proposing solutions to the challenges affecting household bottom lines.

Biden told The Associated Press in an interview earlier this year that he sees his mission as giving Americans a renewed sense of self-confidence, but the faith he’s trying to keep and spread is constantly being eroded because the losses linger in people’s memories and the gains are easy forgotten.

Although a recession in the United States is an open question for economists, the question of the economy’s health is largely decided among voters.

Nearly 8 in 10 Americans described the U.S. economy as bad and about 7 in 10 disapproved of Biden’s economic leadership, according to a June survey by the AP-NORC Center for Public Affairs Research. Consumer sentiment as measured by the University of Michigan began to ease as inflation persisted as a threat, with confidence among Democrats relatively weak.

The Federal Reserve, which on Wednesday moved sharply to raise interest rates to further slow the economy in an effort to bring down inflation, signaled that more hikes are on the horizon in a sign that the fight against inflation — and the political skirmishes that follow — could continue well into this year’s elections in November.