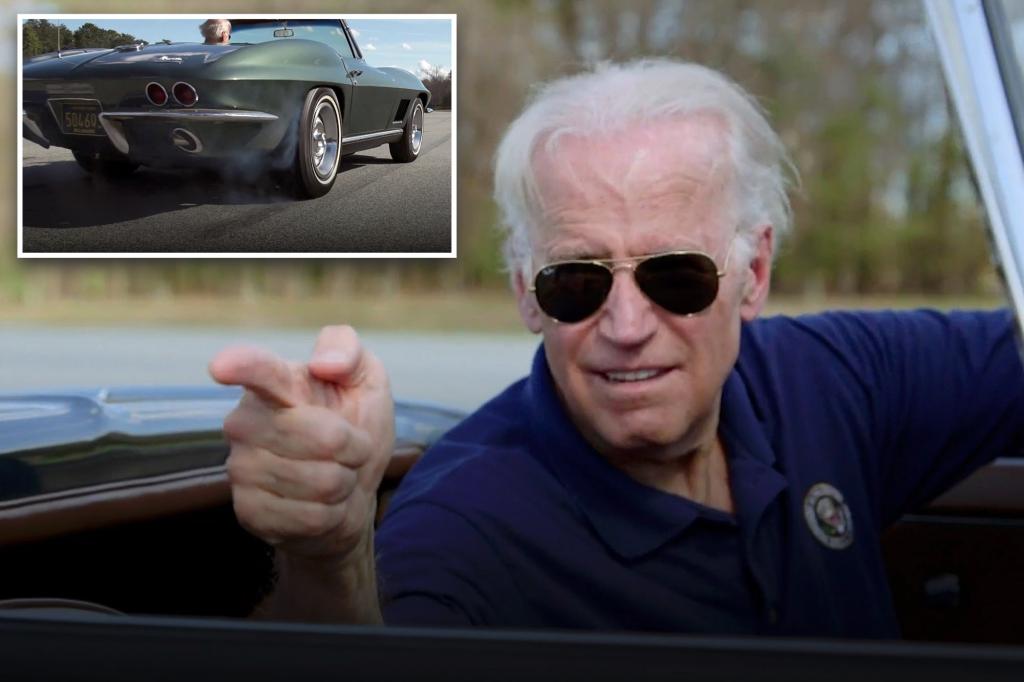 President Biden is burning rubber away from the midterm campaign.

The 79-year-old president took his 1967 Corvette Stingray for a spin on an episode of CNBC’s “Jay Leno’s Garage” that aired Wednesday night.

Biden’s green convertible, with a 350-horsepower V-8 engine and a four-speed manual transmission, was no match for Michael Powell’s more powerful automatic 2015 Stingray.

Biden, dressed in a blue Ralph Lauren polo, khakis and sunglasses, was knocked off the line at the James J. Rowley Secret Service training facility in Beltsville, Md., and never caught up, despite getting the classic car up to 1[ads1]18 mph.

Powell, the son of the late Secretary of State Colin Powell, avenged Biden’s victory over the elder Powell in a similar drag race that aired on the show in 2016.

Biden told the former “Tonight Show” host that the pristine hot rod has special meaning to him.

“I was going to get married in August ’67. My father didn’t have a lot of money, but he ran the largest Chevrolet dealership in the state for years,” the president explained.

“So, there are 75 people outside the dealership. We pull up, they spread. My dad says, ‘This is my wedding present.'”

Biden also got behind the wheel of an electrified 1978 Ford F-100, which he said was “quieter as hell” and had “quicker response” than its gas-guzzling counterpart.

“This is the only time you get to drive,” observed Leno, 72, riding shotgun in the truck.

The program was a rare opportunity for Biden to forget polls that showed Democrats on track to lose the House and Senate in the Nov. 8 midterm elections.