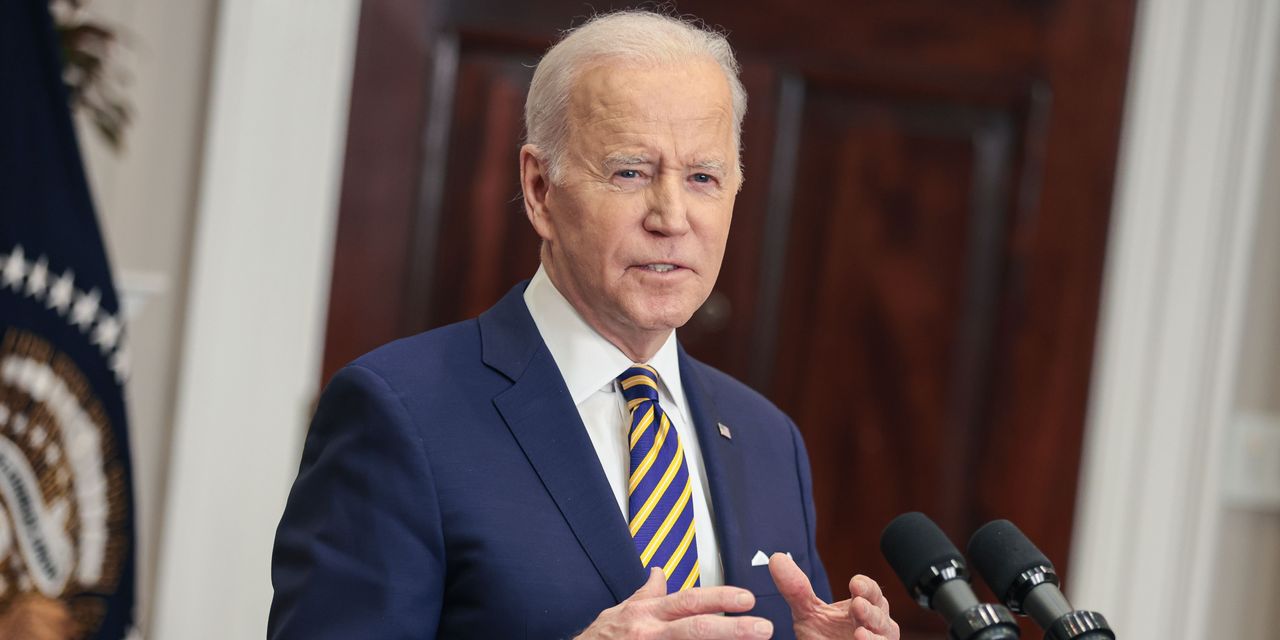 WASHINGTON — President Biden will sign an executive order on Wednesday instructing agencies across the federal government to study the possible risks presented by the explosion in popularity of cryptocurrencies and consider the creation of a US digital currency.

The executive order will urge federal regulators to review the risks a roughly $ 1.75 trillion crypto market presents to consumers, investors and the broader economy. Federal agencies will have several months to prepare a report with their findings, which will then inform any new regulatory actions the White House takes, a senior administration official said.

About 16% of adult Americans, or roughly 40 million people, have invested in, traded or used cryptocurrencies, according to a White House fact sheet. That growing prevalence of digital assets, which include volatile cryptocurrencies like bitcoin and so-called stablecoins pegged to assets like the US dollar, has pushed the Biden administration to centralize its work on the topic. White House officials have been working with the crypto industry and experts for several months to prepare the executive order.

“This is not a niche issue anymore, and it̵[ads1]7;s profoundly important that we have the right tools to mitigate the risks to consumers and to investors and frankly to the entire financial system,” a senior administration official said.

Bitcoin’s dollar value jumped more than 9% from its 5 pm ET level Tuesday to $ 42,118.73 on Wednesday, according to CoinDesk. Most of the climb came before the formal announcement of the White House’s plans, after the Treasury Department accidentally published a statement on the executive order from Treasury Secretary Janet Yellen.

Ms. Yellen said the president’s order will support responsible innovation in digital assets while also addressing risks related to illicit finance. The statement was taken down after being published in error, a Treasury spokeswoman said, and was later reposted Wednesday morning.

“It could be that there’s been this overhanging fear of some negative action by the US government,” he said.

Under the executive order, the Biden administration will scrutinize how cryptocurrencies may undercut US sanctions and efforts to fight money laundering, a senior administration official said. Those concerns have been heightened as the US has leveled sanctions on Russia in response to its invasion of Ukraine. The administration will also study the impact that energy-intensive crypto mining has on the climate.

The Biden administration will also formally consider the creation of a possible US digital currency, a cryptocurrency backed by the Federal Reserve, according to a White House fact sheet. The Federal Reserve is already evaluating the possibility of a digital currency, which some other countries, including China, have already adopted. A person familiar with the matter said the executive order will ask the Justice Department to study whether Congress would need to authorize the creation of a digital currency.

While in many ways a broad, initial review, the White House executive order opens the door to more substantial federal regulation in a sector that agencies have previously largely sidestepped or addressed piecemeal.

—Caitlin Ostroff contributed to this article.