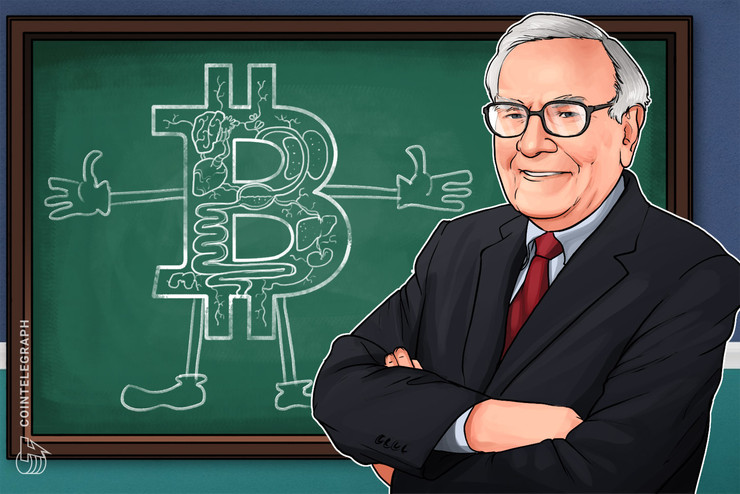 Pronounced crypto-critic and Berkshire Hathaway, CEO Warren Buffett, has again relieved bitcoin (BTC) for its alleged lack of real value, similar to the coin of a shell that "just sits there."

Buffett used this latest cryptocurrency metaphor during a press conference in front of Berkshire Hathaway's annual shareholders meeting in Omaha, Nebraska, CNBC reported on May 4.

"It does nothing. It's just there. It's like a shell or something, and it's not an investment for me."

To further illustrate his view of the coin as a mere speculative resource, Buffett said allegedly:

While reserving his ritual rebellion against bitcoin, Buffett – who earned the moniker for" Oracle of Ohama "for its seemingly small investments – gave more positive comments on blocking technology. He is reported to have acknowledged his promise and says:

"Blockchain … is very big, but it didn't need bitcoin. JP Morgan of course came out with his own crypto competition."

In a further report on Buffet's recent remarks, citing Bloomberg's business magnate, says that the speculative fervor of bitcoin reminds him to see players at Vegas. Buffett, in turn, fought that the phenomenon largely assures him that he can make money in a society where people continue to speculate despite knowing that they are likely to lose.

While Buffet's vice chairman Charlie Munger echoes the CEO's opinion with his own asides – dismissing the bitcoin market and claimed the FOMO who runs it as being in possession of trading turds – their self-appointed disciple Chamath Palihapitiya has settled their hardline attitude.

Palihapitiya – founder and CEO of VC firm social capital Palihapitiya – claimed in May 2018 that "technology is not in its competence" in relation to Buffett, and that both presidents fail their reluctance to crypto-innovation.