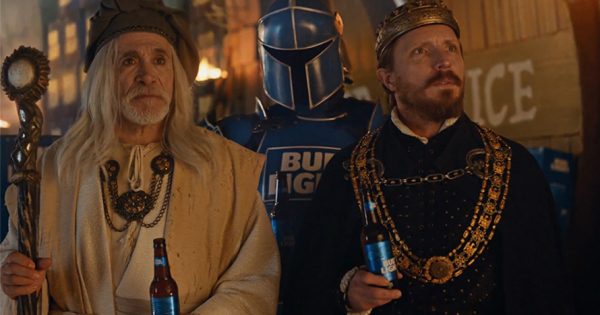 Bud Light may have cracked some Super Bowl viewers with their ads on Sunday, but the company has also cracked open a feud with its biggest competitors and a huge agricultural giant for a fresh three Super Bowl ads that are critical to corn syrup. . [19659002] One of the Anheuser-Busch beer brands sent during the first half depicts the cast of medieval "Dilly Dilly" characters, enduring a complete odyssey to deliver a huge barrel of corn syrup to Coors Light and Millers Light.

Another advertisement, which aired during the third quarter, showed that the characters received haircuts while discussing the beer ingredients. The main thing of all three: Coors Light and Miller Light use corn syrup to brew beer; Bud Light does not.

The first ad immediately (and a little surprising) asked some less than happy answers from the aforementioned marks. MillerCoors, the parent company of Miller Light and Coors Light, issued a statement that decorated the ad and threw Anheuser-Busch to have high fructose corn syrup in its products.

"At MillerCoors, we are proud of our high-quality, good-tasting beer," MillerCoor's official Twitter account posted on Sunday night. "We are also proud that none of our products include any fruit success syrup, while a number of Anheuser-Busch products do. And Miller Lite has fewer calories, fewer carbohydrates and more flavor than Bud Light."

On MillerCoors we are proud of our high quality tasty beer. We are also proud that none of our products include some high fructose corn syrups, while a number of Anheuser-Busch products do. And Miller Lite has fewer calories, fewer carbs and more flavor than Bud Light. pic.twitter.com/GeUUXqnSpc

The National Corn Growers Association, an agricultural group, also snapped Bud Light to reject corn syrup. 19659002] "American grain farmers are disappointed with you," the association's Twitter account tweeted Sunday. "Our office is just down the road! We would like to discuss the many benefits of corn!"

It remains to be seen which organization can get out on top of back and forth, but like Alabama Media Group sports reporter Mark Heim tweeted: "This can be more exciting than the game."