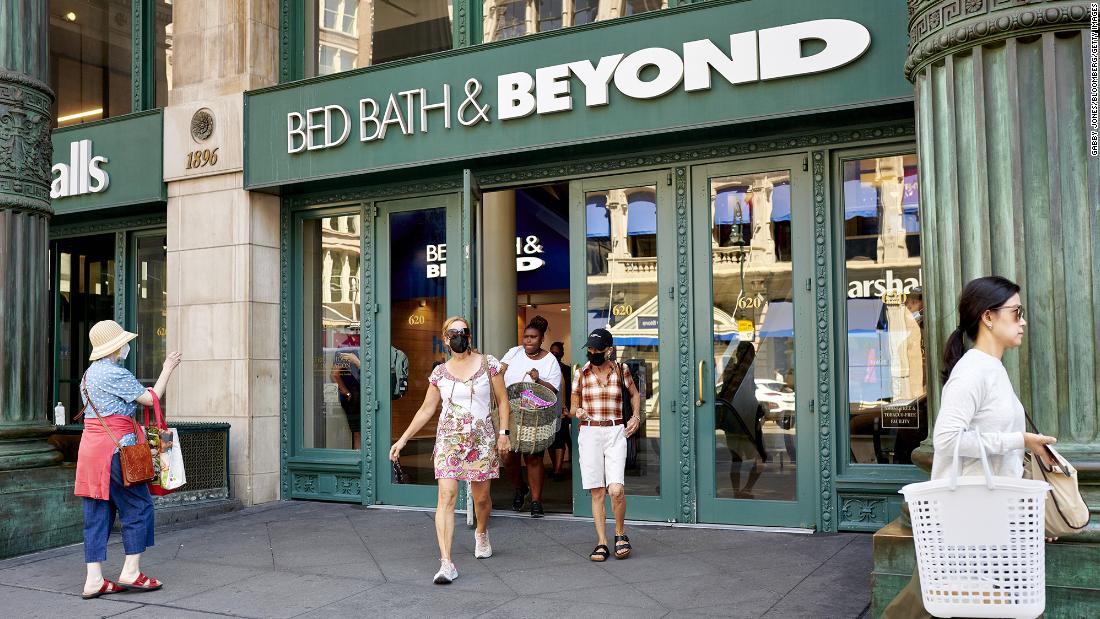 Gustavo Arnal, the chief financial officer of the beleaguered retailer, jumped to his death from a high-rise apartment in Manhattan on Friday afternoon, a law enforcement source previously told CNN. The NYPD said in a statement Sunday that Arnal, 52, was found unconscious and unresponsive outside his luxury 57-story skyscraper in the Tribeca neighborhood.

The police source told CNN on Sunday that Arnal’s wife saw him jump. The source said that although no suicide note was found, no criminality is suspected.

Bed Bath & Beyond (BBBY) is “deeply saddened by this shocking loss”[ads1];, a company spokesperson said. In a statement Sunday, independent chairwoman of Bed Bath & Beyond’s board Harriet Edelman said, “I want to express our deepest condolences to Gustavo’s family.”
“Our focus is on supporting his family and his team, and our thoughts are with them during this sad and difficult time. Please join us and respect the family’s privacy,” Edelman said. Arnal joined Bed Bath & Beyond in May 2020 after a career in finance at Avon, Walgreens Boots Alliance (WBA) and Procter & Gamble. (PG)

Arnal was named as a defendant in a class action lawsuit accusing him, Ryan Cohen and other major shareholders of engaging in a “pump and dump” scheme to artificially inflate the price of the company’s stock. The lawsuit was filed last month in the United States District Court for the District of Columbia.

The lawsuit alleges that Arnal and others made misleading statements and omissions when communicating to investors about the company’s strategic plans and financial condition, and delayed disclosures about owning and selling its own shares. The suit also alleges that the stakeholders shared false earnings figures and the company’s plans to spin off its “Buy Buy Baby” brand to fuel a stock-buying frenzy.

Bed Bath & Beyond is in deep financial turmoil. The company is trying to save itself and stay out of bankruptcy by shrinking. The chain said last week that it will lay off about 20% of its corporate staff, close about 150 stores and cut several of its in-house home brands. The company also said it secured more than $500 million in financing to shore up its ailing financial woes.

On Tuesday, the company named Laura Crossen, senior vice president of finance, as its interim chief financial officer, and she will continue in her role as chief accounting officer.

If you or someone you know is struggling with suicidal thoughts or mental health issues, please call the National Suicide Prevention Lifeline at 988 to connect with a trained counselor or visit the NSPL site.