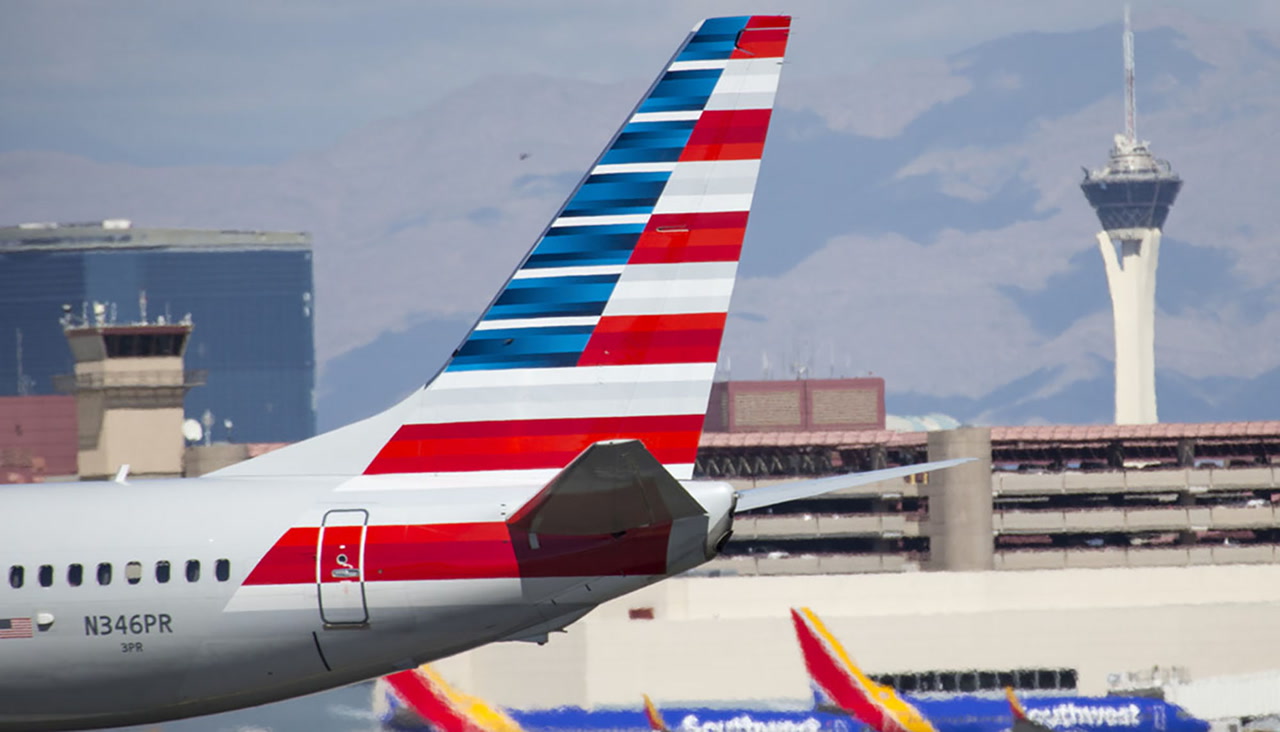 An American Airlines flight on the way to McCarran International Airport made an emergency landing on Nellis Air Force Base on Saturday afternoon due to fuel and weather issues.

American Airlines Flight 671 was diverted to the base due to the wind conditions at the airport and low fuel level, said Nellis spokeswoman Rebekah Mattes. The plane then took off to McCarran International Airport, where it landed at 3:50, said the airport spokeswoman Gabriela Muro.

Mattes said the weather caused a delay in the landing, and the plane needed to land on Nellis to refill.

Spokesman American Airlines Josh Freed said there was no fuel leak, and the plane had enough fuel to get to McCarran, but it needed to refill after it was diverted to Nellis.

"The reason for the changeover was the weather, he said.

Muro said the plane appeared to be the only aircraft that was derived from landing at the airport on Saturday afternoon.

The plane that was heading to Las Vegas from Dallas Fort Worth International Airport, had 1

94 people on board, including six crew members, said Freed, the plane was scheduled to land at Las Vegas airport at 1:40, according to the airline's website.

National Weather Service said the wind at the airport was gusting at about 20 mph in the airport between 1:30 pm and 14:15

"Mostly, it was just breezy," said meteorologist Chelsea Kryston. ] She said the weather conditions may cause the aircraft to deviate when the wind direction is not favorable for land-based flights.