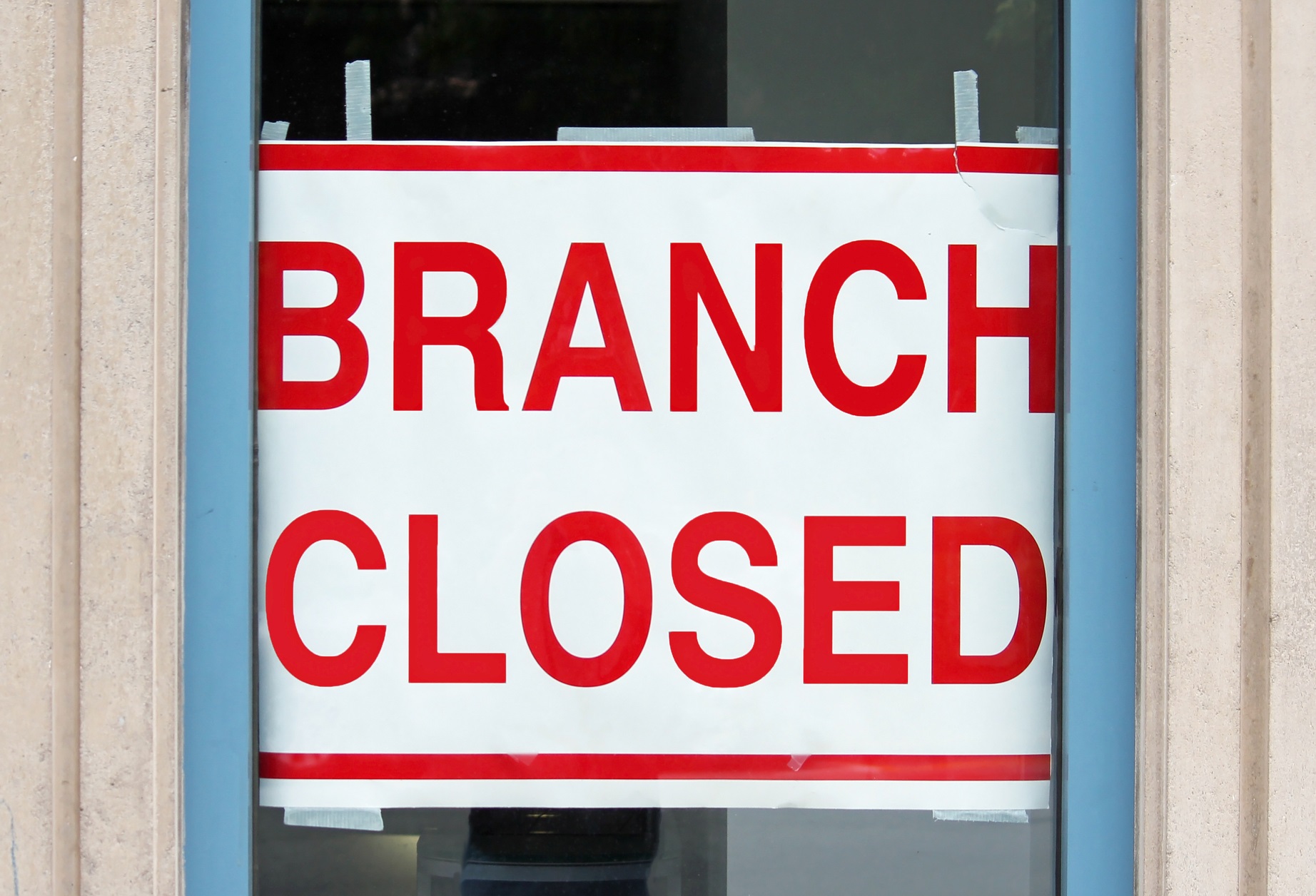 The planned merger of BB&T (NYSE: BBT) and SunTrust Banks (NYSE: STI) could have major impacts on investors, customers, and employees alike, who are most likely to see and feel the changes from a leaned-out branch network. The banks have a goal to eliminate $ 1.6 billion of annual operating expenses after merging, a target that necessitates thinning out their offices.

On one hand, they are costly to maintain and make running a bank operationally more difficult. On the other, they are magnets for low-cost deposits and very important for generating revenue from non-profit sources like investment management and insurance sales.

Consumers may not care about proximity to the nearest bank branch, but small businesses certainly . Nearby offices are invaluable for retailers, gas stations, and other small businesses that need to make daily cash drops. And it's these customers that help banks make deposits at low interest rates. 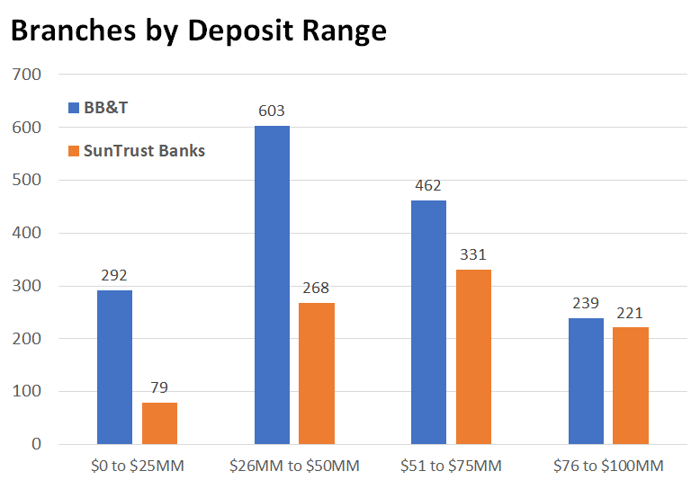 BB&T has closed offices for years, but its signs can be found sprinkled along interstates and highways in small towns in the rural South and in the mountains of Tennessee and North Carolina. Last year, on a conference call, BB & T's CEO, Kelly King, said that the bank has "a lot of small branches in a lot of rural areas, and we are much more aggressive in terms of rationalizing that structure," implying the bank would continue to thin out its rural branch network.

In a presentation, BB&T and SunTrust said they expect to sell branches that are roughly $ 1.4 billion in deposits. Smaller community banks typically buy these branches in one-off transactions or as part of a portfolio. For a community bank, buying branches is an easier and less risky way to expand into new markets or lock down market share in their home turf.

operating costs and part with a branch in a way that doesn't leave customers feeling left behind. In smaller cities or towns, a branch closure can alienate customers more than selling the office to a smaller institution. Given BB&T and SunTrust's desire to shave $ 1.6 trillion in operating expenses (roughly 12.5% ​​of their combined annual spending) by 2022, hundreds of sales and closures are likely over the next three years.