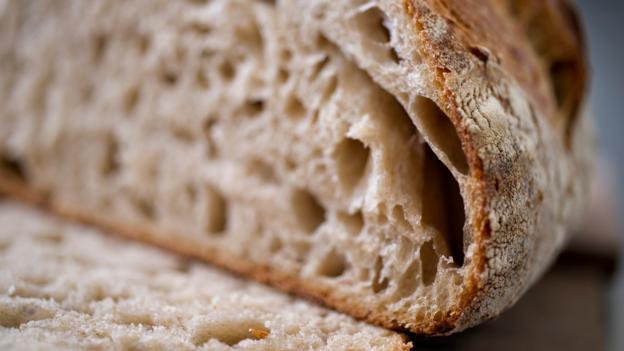 In a room with a refrigerator in Belgium, there are more than 110 glasses of flour, water and magic.

At least that's how you can sometimes think of the yeast beginners, the cultures of bacteria and yeast that bakers blend into dough instead of commercial yeast to produce bread with delicious complexity, with a biting acidity or a firm creaminess, depending on the recipe.

Starters are made by leaving an inviting slurry of flour and water on a disc and wait for microbes to colonize it, making it bubbly and sour. But most bakers don't have DNA sequencers on hand to see exactly what lives in their starters, which often look, smell, and taste different. To start, where do the microbes come from? The air? The flour? Baker's own microbiome?

Although a starter pack, refreshed with flour and water and transferred from person to person over a hundred years, is really the same at the end as it was in the beginning, is an open question. [1[ads1]9659002] You may also want:

Fortunately, biologists and bakers are beginning to delve into the mysteries of leaven. To get a glimpse of a very interesting experiment, Cynthia Graber and Nicola Twilley, the team behind Gastropod, a podcast on food culture and science, with a couple of microbial ecologists to Belgium, went to the leaven library in Karl de Smedt . (You can listen to the resulting Gastropod episode here.)

Raised in a room by a company called Puratos, where they are the chief of the Center for Bread Flavor, the library began to take its present form as a Syrian baker of traditional chickpea cakes contacted Smedt and asked if he would help document and preserve his starter, Twilley says. The baker's sons were interested in switching from the traditional starter to commercial yeast. He hoped that the Smedt would help prevent the starter from disappearing.

The library grew as they smothered other remarkable starters, making sure to feed them with exactly the same flour they would have had at home in an effort to preserve their unique character.

When Twilley and Graber first entered the library, they counted down Smith "Three … two … one …" and opened the door. "It was honestly like a tax room in a museum," Twilley said. Behind the glass fronts on the refrigerators were lighted jars, and a shimmering projection of leaves played over the ceiling.

The bakers were there to bake bread with their starters, using exactly the same recipe, and see if the breads tasted different

If the library reflects on an attempt to gather and preserve unusual starters, the experiment helped Puratos and the Smedt coordinate was an attempt to understand how they get it. In Belgium with de Smedt, who is also communications and education director at Puratos, and the podcasts were 12 bakers from all over the world. The bakers were there because Anne Madden and Rob Dunn, microbial ecologists at North Carolina State University, had sent them all the same flour with the same instructions on how to make a leaven starter.

They had brought along the just-cooked starters so that the researchers could take samples to see which microbes were there, whether they were different from starter to starter, and whether the microbes were also present on the bakers and in the original flour. The bakers were there to bake bread with their starters, using exactly the same recipe, and see if the breads tasted different.

The results of the Belgian experiment are currently under review before publication. But Madden recently shared some details about what they found. First of all, the starters were not all the same, despite being made in the same way with the same ingredients.

There were more than 350 strains of microorganisms over starters, and most of the starters had yeast from genus Saccharomyces the same group as regular baker's yeast belongs to. But one was dominated by completely different yeasts, from the genus Naumovozyma and Kazakhstania . Another recent project from the research group – called the Global Sourdough Project, which aims to look at the effect of geography on the composition of different starters – found these yeasts as a distinctive feature of Australian starters, says Madden.

Second, as scientists swept the bakers 'clean, washed hands and cultivated the resulting microbes, they found that the bakers' hand microbiomes were slightly different from those of others. They were more like the microbial make-up of the sourdough beginners, suggesting that perhaps the constant dunking of their hands in sour bread dough had affected the finest survival on the bakers' hands and produced a different set of small inhabitants. (Make no mistake – your body and food are the basis for natural selection, just as on larger scales we are more used to thinking.)

We choose microbes that do what we want and it gives us a good taste, and give an evolutionary advantage to those who delight us

Perhaps most interesting, but almost all the microbes found in the starters were either found on the baker's hands or found in the flour. Only 31 out of more than 350 were not, which suggested that the usual idea that starting microbes are wild and drifting into the air is less likely than microbes already in flour and on the baker's hands, is what gets the bread rise. Nevertheless, Madden notes, it is difficult to establish a causal relationship with today's data. Which way the microbes flow, from the hands to the starter or in the opposite direction, is not clear.

What is clear is that sourdough starters, and the bread made with them, represent human manipulations of the development of microbial communities. We channel the growth of specific members of these communities by raising or lowering the temperature of our dough, by feeding starters more or less frequently, and by giving them different kinds of flour. We select microbes that do what we want and that give us a good taste, and give an evolutionary advantage to those who delight us.

In all these spotty jars, and in kitchens around the world, choices are at work and bring us delicious bread.

If you liked this story, sign up for the weekly bbc.com feature with the newsletter called "The Essential List". A handpicked selection of BBC Future, Culture, Capital and Travel stories delivered to your inbox every Friday.