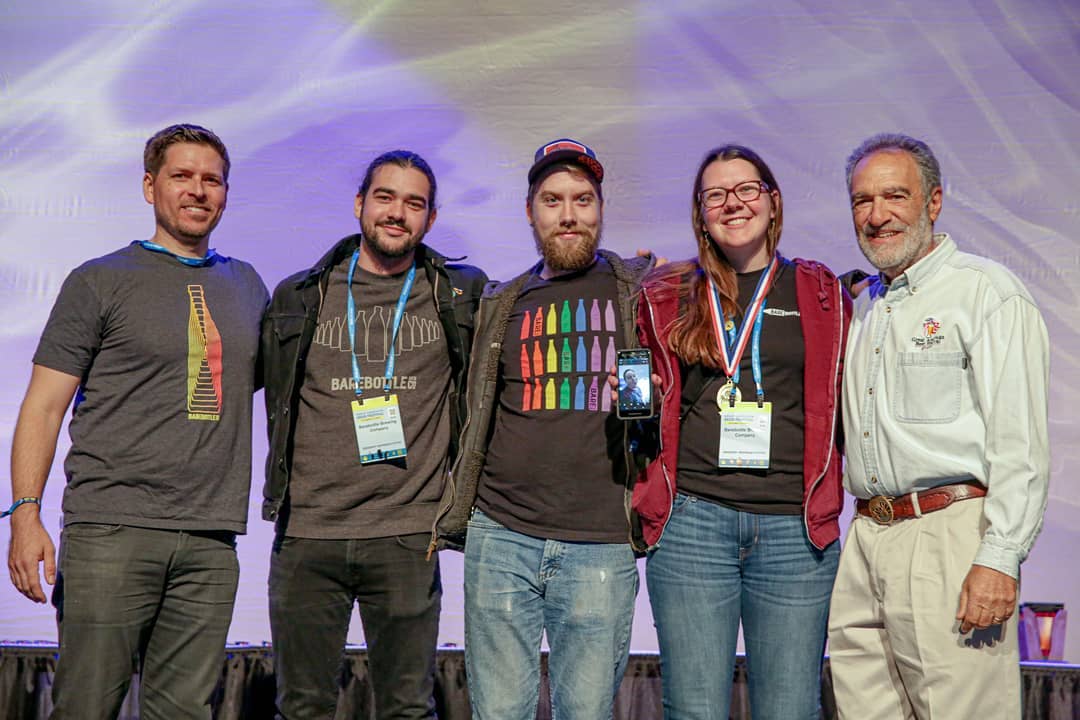 But what they got was a bronze medal in the festival's most influenced category: succulent or hazy India Pale Ale. That category got an incredible 348 entries – a handful more than the US India Pale Ale category.

Trevor Martens somehow missed the announcement. The two were in the San Rafael taproom, distracted as they prepared the space for an Oktoberfest event to take place later that day when they remembered that "our phones started to burst" with congratulatory messages.

"It's such a big category," Trevor Martens told SFGATE. "There are so many hazy IPAs out there – it was like, no, there's something wrong here. Did we get a medal for one of the others?"

Since Saturday, says Stephanie Martens, they have already received some inquiries from buyers hoping to order the beer at local bars. The two are excited about the interest, not to mention the unexpected win.

"When we saw it – what more could you ask for? We are a super-young brewery," she adds. "Validation feels good, but we've been assured of our beers. We're always focused on quality, but validation feels fine. We're guaranteed to speed up our plan to brew the next Devil's Gulch."

The Bernal Heights brewery, which opened in mid-2016, is known for its IPAs and kettles. But winning a gold in the International-Style Pilsener category for his Torcido Helles Lager marks a special kind of achievement, not only because it is an exceptionally difficult style to master, but because it is the beer of choice for the brewers themselves.

"These are the things we like to drink: craft lagers," says Barebottle co-founder Lester Koga. "That's the old saying, that's right: (With bearings) you can't hide behind something. It must be well made. It's a badge for a brewer to make great craft games."

Koga, who brewed John Montes De Oca, did not go to Denver for GABF; the two learned about their achievements from a distance.

See all GABF winners here on the official website.