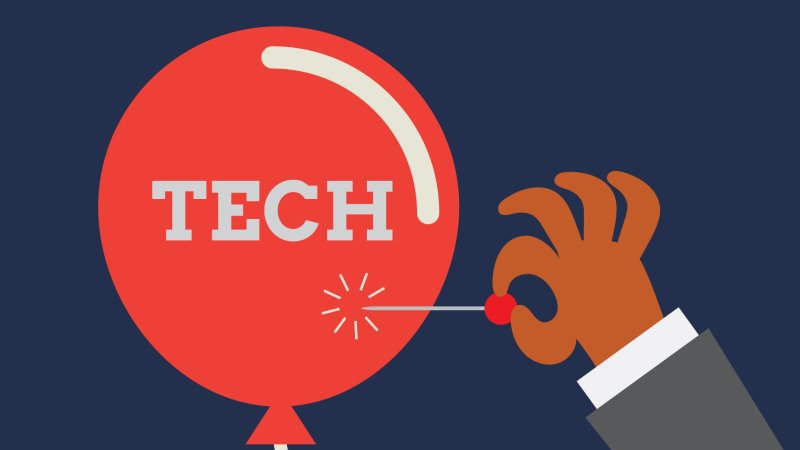 The argument seems to increase, both locally and internationally, that VC-backed, privately owned technology companies are not "real businesses" and that there is a metric for all of us.

As usual, a tweet size misses the explanation of what's happening in the tech sector. It is true that private markets have overestimated some venture-backed companies. Frankly, they will probably continue to do so.

Part of this is due to structuring, as late-stage private investors will sometimes pay higher prices if they can mitigate some of their risk through terms such as settlement preferences and preferred payouts. However, as prominent VC Fred Wilson recently noted, most is due to the fact that when software is eating the world, private markets are late valuing incorrectly as if they were software companies, ie on a 1

WeWork is the best example of this. Yes, it does provide table tennis tables and beers on tap, but that's about all it has in common with a software company. WeWork is a real estate rental company dressed up as a technology company.

Each of these companies is growing rapidly and efficiently, operating at 70 percent or higher gross margins, and having highly predictable, recurring revenue streams. For the most part, they do not rely on the markets for additional funding to survive.

On average, 60 percent of the positive financial profits in a software market come from the top 5 percent of players in that market, so investors buy ahead of that opportunity. In addition, software products tend to reap greater benefits from the scale than other companies.

Finally, the public markets value a business based on their estimate of future cash flows. Where companies have "software-like" financial characteristics, an income multiple is sometimes used as a proxy for future profitability and the potential for excessive market share.

Contrast the economics of these businesses with WeWork, which has roughly 20 percent gross margins, long-term leases, high cash burns and Buckley's chance to capture most of the global real estate rental market.

You see that the public markets are doing exactly what they are meant to do: punish business of lower quality models and rewarding good looks.

So what does the 2019 class of technical IPOs tell us about private technology markets? Are we in a bubble?

Where investors use software-like valuation methods (revenue multiples) for "technology companies" with fundamentally different economics and market potential, yes absolutely. But by the same token, the bulk of 2019's IPOs in technology have meaningfully outperformed the market, giving its private backers even higher returns.

The common feature among the winners is software-like economics. Opportunities abound in investment in retail technology, and the best companies are still sadly undervalued; You just need to know how to identify them.

Previous All PSA, FCA brands to survive merger – PSA CEO
Next The ASX200 closes at a three-month high of 6772.5

The CEO of Groupe PSA has pledged to retain all FCA and PSA brands upon ...