AT & T / DIRECTV refuses Nexstar's offering for an extension 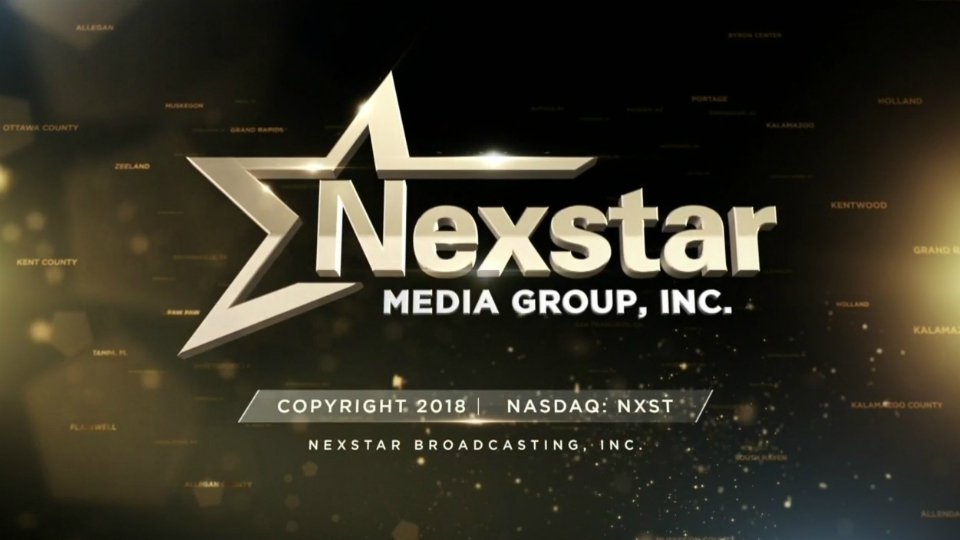 IRVING, Texas, July 5, 2019 – Viewers
across the United States have expressed their outrage at AT & T / DIRECTV following
their removal of scores of local Nexstar Broadcasting television stations
Started on the Fourth of July. For example, as a result of AT & T / DIRECTV's actions,
AT&T / DIRECTV subscribers in Bakersfield, California
local Nexstar televised news updates, in both English and Spanish, regarding

At present, Hawaii is bracing for severe
weather as Hurricane Barbara tracks across the Pacific. Nexstar's KHON, the number one television
station in Honolulu, is providing constant updates on weather models and local
conditions. Although it appears
Hurricane Barbara will not be directly hit-torrential rain and severe
thunderstorms are expected to start on Monday and continue for three
days. AT & T / DIRECTV serves the majority of the TV households on the
Big Island where the storm is expected to be the worst and viewers need KHON
for important weather and safety updates.
Similarly, a Louisiana viewer of Nexstar's local stations that is highly
concerned with the AT&T / DIRECTV blackout noted, “We in Louisiana are in the
middle of hurricane season – WE NEED OUR LOCAL STATION! We have enough money to have this service –
BRING OUR LOCAL STATION BACK! ”

Yesterday alone viewers were also denied
access to over 530 hours of local news. Consumers
are also complaining about missing their favorite network affiliated shows, the
Annual Macy's 4th of July Fireworks event that celebrates the nation as well as
over twenty home-town Fourth of July events that Nexstar stations produced
specifically for their local markets. This
Sunday, July 7, affected AT & T / DIRECTV viewers will be unable to watch the
US Women's National Soccer Team's historic World Cup final game, an event
which has drawn growing national interest as the success and personalities of
USA team seeks their fourth title.

Nexstar has been negotiating in good faith
to establish a mutually agreeable contract with AT & T / DIRECTV and has
offered AT & T / DIRECTV the same rates it offered to other large distribution
partners with whom it completed successful negotiations with in 2019 to
date. Over the past 20 months alone,
Nexstar has successfully renewed more than 390 distribution agreements with
cable providers for the carriage of Nexstar's stations. Nexstar would like to continue to try to reach
a fair agreement with AT & T / DIRECTV and allow its viewers to receive their
local stations again

AT & T / DIRECTV is routinely involved in
disputes with content providers and following its 2015 acquisition by AT&T,
DIRECTV has dropped or threatened to black out network and local community
programming from Viacom, SJL Broadcasting / Lilly Broadcasting, and others. Between
May 30, 2019 and June 10, 2019 alone, viewers of at least 20 other non-Nexstar
stations (owned by Deerfield Media, GoCom Media of Illinois, Howard Stirk
Holdings, Mercury Broadcast Group, MPS Media, Nashville License Holdings,
Roberts Media, Second Generation of Iowa and Waitt Broadcasting) solves access to
network and local content. Unfortunately, AT & T / DIRECTV did not
accept Nexstar's offer for an extension which would have allowed viewers in the
affected markets to view their favorite network shows, special events, sports,
local news and other programming on the Fourth of July and until such time as a
new agreement can be reached. Contrary to AT & T's public statements, Nexstar
in no way pulled its stations or asked for their removal from AT & T / DIRECTVs
DIRECTV, U-verse or DIRECTV NOW platforms.
Nexstar is also reiterating its offer of an unconditional extension of
the existing distribution agreement for 30 days to restore the blacked-out
programming to viewers and allow the parties to reach a new agreement.