At least Donald Trump and Boris Johnson have a backbone 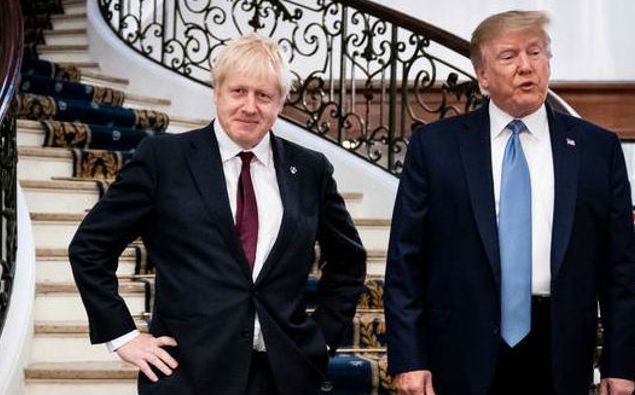 Are there meaningless disputes? Donald Tusk, President of the EU Council, is frustrated by Donald Trump over the US-China trade war.

He is right in the sense that it harms many people, it slows down the global economy, and will not do any good either, tariffs do not work, they do not work, and that is until you get to the policy of it all.

Trump is empty for China to blink. For that is all this: an appendage-swinging exercise for global domination. But as we have said many times before, Trump has elections next year, so do the Chinese.

Trump simply cannot afford to continue the garbage that customs are good and all the money is flowing into America. [1

9659002] Farmers are realists, and they know where a dollar comes from. They know Trump is giving out more than he takes in.

But the clue to all this came last week when he – just for a moment – whether it was a slip or the anger, seemed to explain what was really driving all this.

That's the fight they had and should have had, years ago. The trade relationship is one-sided and heavy in China's favor. It has been forever.

Now I would argue that it is because the Chinese largely make things the world wants, and America does not. America has always been more interested in domestic production. Look at the cars. They are Americans, and next to none of them do it internationally because everyone else from the Japanese to the Germans to the Italians to the British makes better versions.

But Trump doesn't see it that way. He sees a big country shooting at him and is looking to level the playing field.

There is an appeal in that, and that is why he continues with Boris, who has told the EU over £ 30 billion ($ 58 billion) overnight does not come his way if there is no agreement. That was the price for the divorce settlement.

And in this figure is the madness of Brexit. The UK is a net contributor to the EU, which is at least partly why it voted to leave. The UK is pumping billions into Europe every year because Europe is a 28-strong club of curve cases who do not know how to run their economies, so the successful ones pay the bills. That is their version of the US-China trade balance.

Both approaches must be admired. Tusk can whip up anything he wants, but he's part of the problem: paper buffs who fear conflict, want everyone to come together no matter how one-sided the debate agreement or the expectation is.

And finally, we have a couple of significant global players who are prepared to stand up for their countries and economies. You don't have to love everything they are about, but I can't tell you that there is no shortage of voters in their respective home bases who will support some backbone.