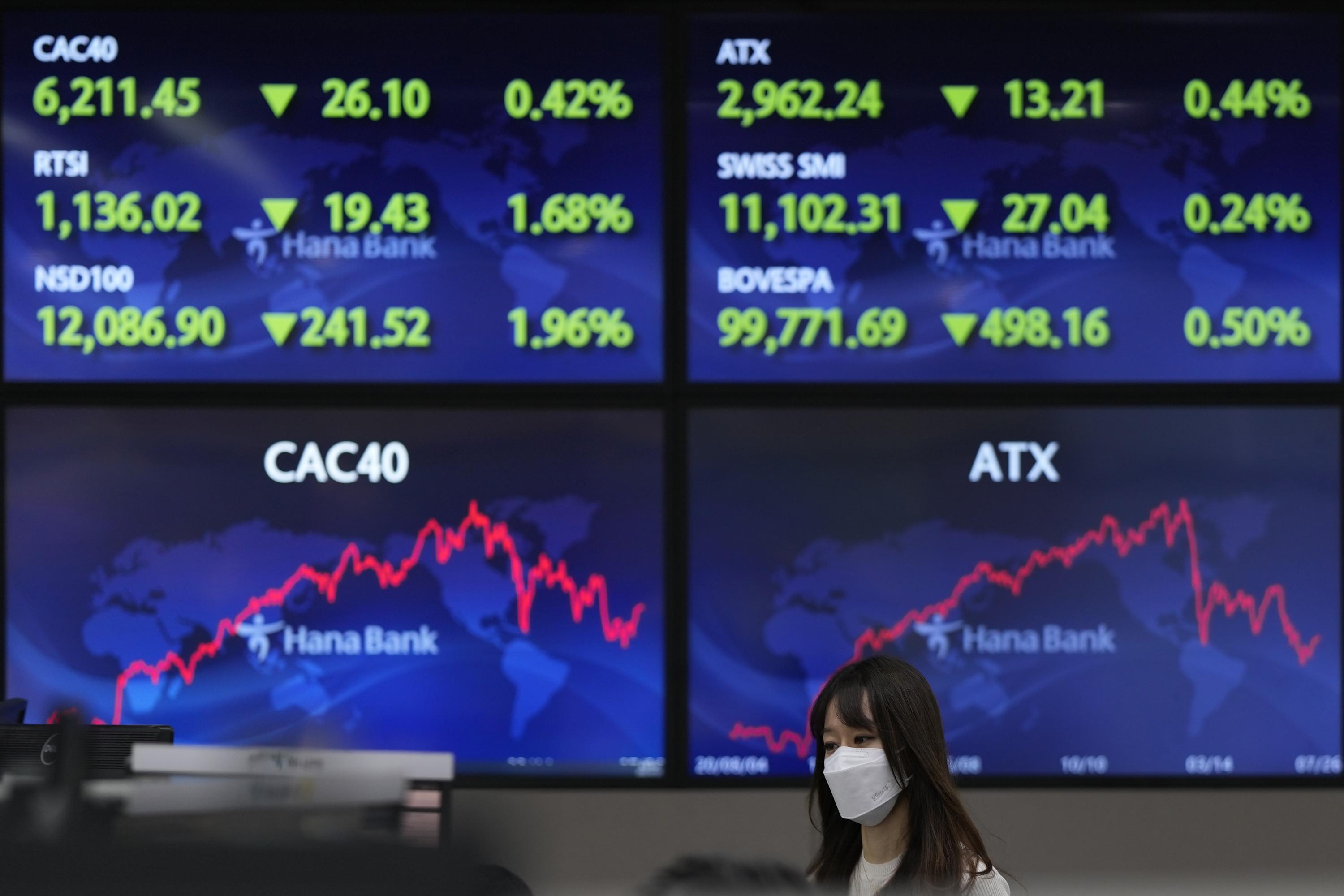 Wall Street fell on Tuesday after Walmart warned that inflation, which has risen to a four-decade high of 9.1%, is hurting US consumer spending.

The Fed is expected on Wednesday to announce a rate hike of up to three-quarters of a percentage point, triple its usual margin. That would match a similar increase last month, the US central bank̵[ads1]7;s biggest in 28 years.

Investors worry aggressive action against inflation by the Fed and central banks in Europe and Asia could derail global economic growth.

“The main risk at this stage is actually ‘overkill’ inflation with monetary tightening being too abrupt, unnecessarily pushing up unemployment,” Thomas Costerg of Pictet Wealth Management said in a report. Thomas said most economic indicators and lower commodity prices already point to lower inflation going forward .

Walmart fell 7.6% after the retail giant cut its earnings outlook for the second quarter and full year late Tuesday. It said rising food and petrol prices are forcing shoppers to cut back on more profitable discretionary items, particularly clothing.

Dealer’s Profit Alert in the middle of the quarter is rare and raised concerns about how the highest inflation in 40 years is affecting the entire retail trade.

General Motors fell 3.4% after second-quarter earnings fell 40% from a year ago. Sales in the US fell 15% after shortages of processor chips and other components meant the company could not deliver 95,000 vehicles during the quarter.

In energy markets, benchmark U.S. crude rose 30 cents to $95.28 a barrel in electronic trading on the New York Mercantile Exchange. The contract fell $1.72 on Tuesday to $94.98. Brent crude, the benchmark for international oils, added 5 cents to $99.51 a barrel in London.