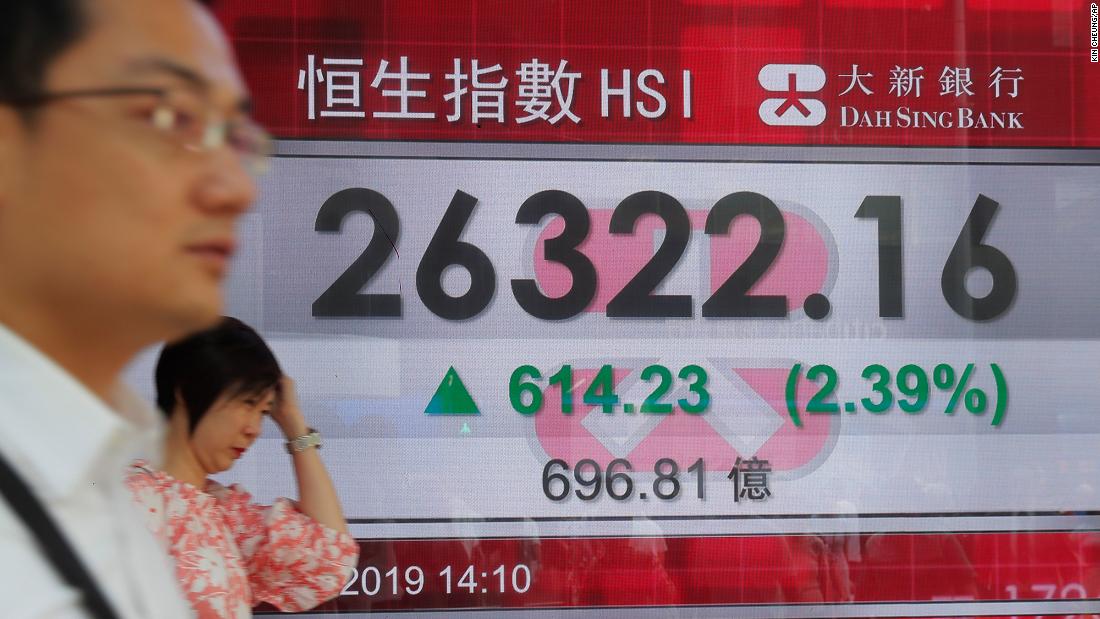 The Japanese markets were closed on Monday for a holiday.

US President Donald Trump announced Friday that the US and China have reached a "very significant phase of an agreement."

Details are still being finalized, but that includes a halt to US tariff hikes coming into effect this week. Trump also told reporters that intellectual property, financial services and agricultural procurement are included in the deal.

Trade tensions have dominated the global markets. But the feeling has improved after recent developments. In the US, futures for were Dow ( INDU ) S&P 500 ( SPX ) and Nasdaq ( COMP ) all traded up 0.3% Monday during Asian hours.

Meanwhile, investors were drawing on trade data from China that fell below analysts' expectations.

Data from the Chinese government on Monday showed that exports fell 3.2% last month compared to the same period a year ago. That's worse than the 3% decline that analysts polled by Reuters. There is also more than a 1% drop recorded in August.

Imports from September fell by 8.5% – well below the 5.2% decline forecasted by analysts.

Exports are likely to continue in the months ahead. Friday's limited trade agreement and the lack of higher tariffs should only have a "marginal impact" on export growth, Martin Lynge Rasmussen, China's economist for Capital Economics, wrote in a research note Monday.

He added that while imports may be picking up a little in the short run, they are also unlikely to suffer a sharp setback since domestic demand is soft.