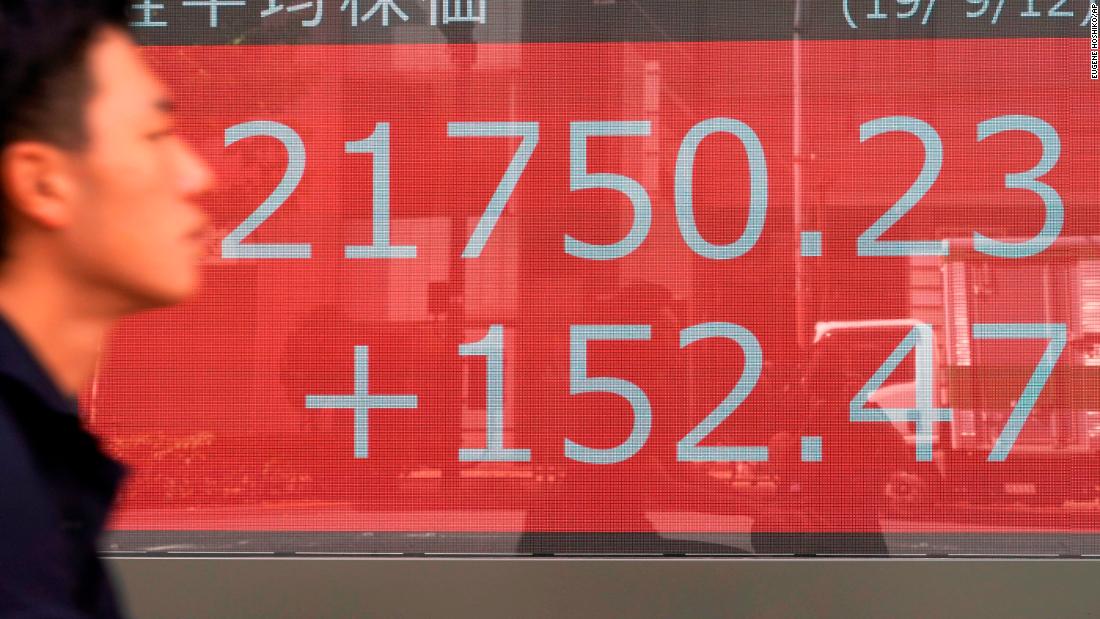 Markets in mainland China and South Korea were closed for holidays.

Investors remain positive ahead of high expected US-China trade talks in the coming weeks. The two countries have shown signs in recent days that they are interested in easing tension between them.

US President Donald Trump added that Thursday while talking to reporters. While saying he would rather reach a "whole" trade agreement with China, he did not rule out the possibility of a smaller one.

Some of Trump's advisers have great prospects for a smaller deal that will allow the two sides to agree on easier-to-solve issues, leaving sticky topics such as intellectual property theft or currency manipulation for later conversations. [19659010] The US and China are expected to meet again soon for face-to-face talks in Washington.

Investors are also watching the prospect of more stimulus from central banks.

The European Central Bank on Thursday said it would cut interest rates on deposits by 10 basis points to minus 0.5%, pushing interest rates further into negative territory to support the region's flagship economy.

It also announced that it would start printing money again, promising to buy $ 20 billion ($ 22 billion) in bonds and other financial assets per month from November.

Markets are now waiting for the Federal Reserve's policy meeting next week. Expectations for a one-quarter percentage point cut are 91.2%, according to CME's FedWatch tool.
The central banks in Japan, Taiwan and Indonesia also meet next week. Japanese interest rates are already very low, and investors are looking to see if the central bank will further facilitate monetary policy in the future.

"Monetary relief is gaining momentum in developed markets," wrote analysts for Asia at the Dutch bank ING Group. The analysts added that they do not believe the Bank of Japan "wants to fall behind and risk further financial weakness."