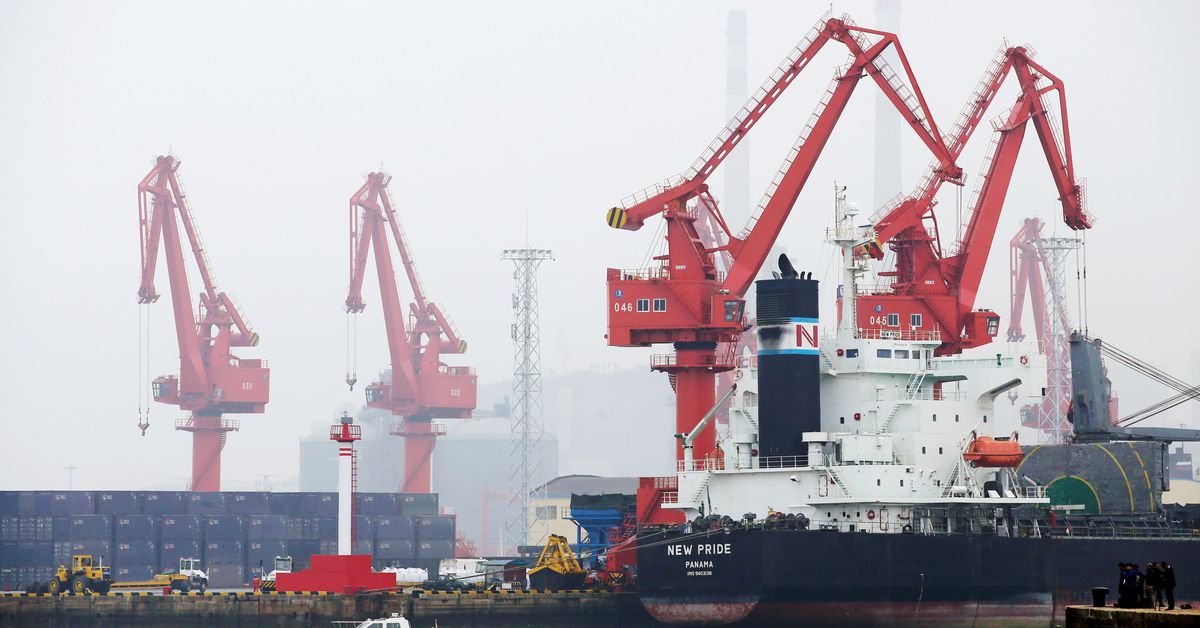 TOKYO, November 18 (Reuters) – The world’s largest economies said on Thursday that they are looking at releasing oil from their strategic reserves, following a rare request from the United States for a coordinated move to cool global energy prices.

The US move reflects frustration with the Organization of the Petroleum Exporting Countries (OPEC) and allies such as Russia, which has rejected Washington’s demands to speed up oil production as the world economy recovers from the pandemic.

It also comes as US President Joe Biden is averting political pressure ahead of next year’s midterm elections due to rising gasoline prices and other rising costs.

The Biden administration has asked major oil buyers such as India and Japan – as well as China for the first time – to consider releasing stocks of crude oil, several people familiar with Reuters’ requests said.

Oil prices fell around 4% to a low level in six weeks after Reuters reported on the US request and China’s decision to release some crude oil, before recovering later on Thursday.

“Brent is now below $ 80,” said John Driscoll, CEO of consulting firm JTD Energy in Singapore. “It has a short-term effect on the oil markets. It is probably good for at least a 5% correction.”

China’s state reserve agency told Reuters that it was working to free up its crude oil reserves, even though they refused to comment on the US request.

A Japanese Ministry of Industry official said Washington had asked for Tokyo’s cooperation to deal with higher oil prices, but he could not confirm whether the request included a coordinated release of reserves. By law, Japan can not release reserves to lower prices, the official said.

A South Korean official confirmed that the United States had asked Seoul to release some oil reserves.

The United States and its allies have coordinated strategic release of petroleum reserves in the past, such as in 2011 when supplies were hit by a war in OPEC member Libya.

But because the current proposal involves China for the first time, it represents a unique challenge for OPEC, the cartel that has affected oil prices for over five decades.

The US SPR was established in the 1970s after the Arab oil embargo to ensure that the United States has sufficient supplies to cope with an emergency.

If China makes its release in coordination with other nations, it will be the first time, said Sengyick Tee, analyst at Beijing-based consulting firm SIA Energy.

China rolled out its first public auction of government crude oil reserves to a select group of domestic refineries in September, with the aim of stabilizing energy prices. read more

Biden and top aides have been discussing the possibility of a coordinated release of stored oil with close allies, including Japan, South Korea and India, as well as with China, in recent weeks, sources told Reuters earlier.

OPEC and other major producers, including Russia, known as OPEC +, have gradually phased out record production cuts made in 2020 by increasing production by 400,000 barrels per day per month.

But they have resisted Biden’s demand for faster increases, claiming that the rise in demand for crude oil may be fragile, and there were already signs of a surplus building in 2022. read more

The Biden administration had not addressed the “root cause” of high prices, which were limited domestic supply in the United States, said Tilak Doshi, CEO of Doshi Consulting in Singapore.

He cited the cancellation of the Keystone XL pipeline to bring oil from Canada’s western tar sands to US refineries, and a ban on drilling in federal lands.

The Biden administration had “done everything possible to prevent domestic oil and gas producers,” Doshi said, adding that he believed Washington’s call for a coordinated response from allies plus China was the first.

Reporting by Yang Heekyong in Seoul, Aaron Sheldrick and Yuka Obayashi in Tokyo, Chen Aizhu in Singapore, Florence Tan in Singapore and Muyu Xu in Beijing; Edited by Stephen Coates and David Clarke