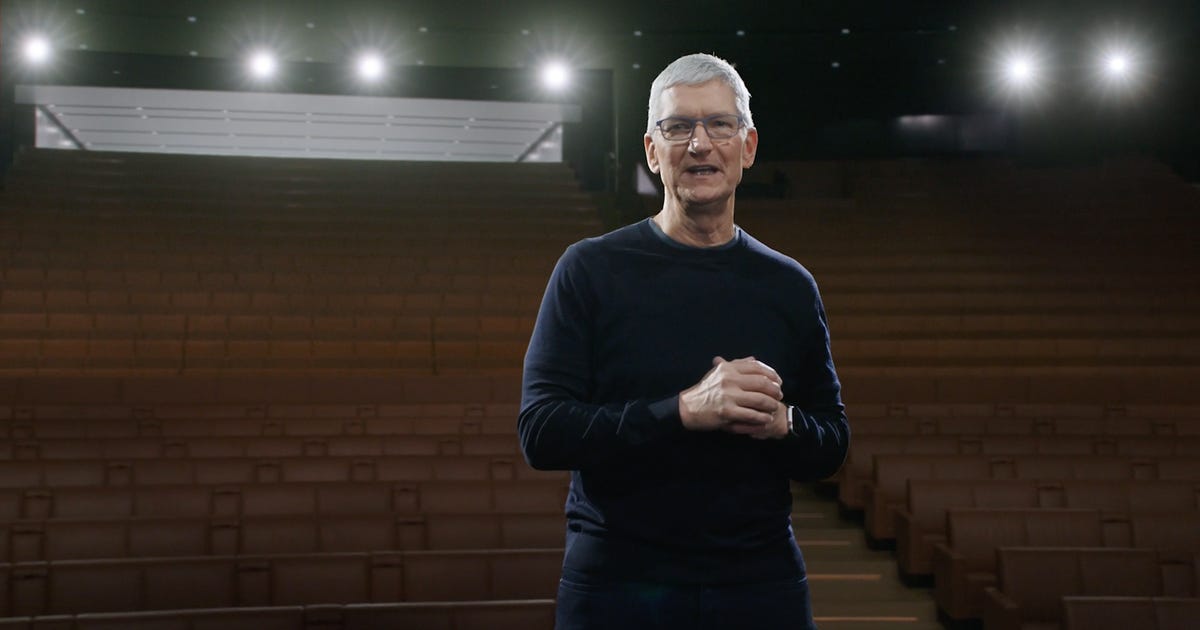 Apple will use microchips produced by the Taiwan Semiconductor Manufacturing Co. plant based in Phoenix, CEO Tim Cook said Tuesday at the event for the facility’s upcoming expansion Tuesday.

“Today is just the beginning,” Cook said. “Today, we combine TSMC’s expertise with the unparalleled ingenuity of American workers. We̵[ads1]7;re investing in a stronger, brighter future, planting our seed in the Arizona desert. And at Apple, we’re proud to help sustain its growth.”

President Joe Biden and CEOs from AMD and Nvidia along with Cook were present at the event.

“Apple had to buy all the advanced chips from overseas, now they’re going to bring more of the supply chain home,” Biden said. “It could be a game changer.”

TSMC is already building one chip fabrication facility, or fab, in the Arizona city — a $12 billion investment to make processors with the newer 5-nanometer manufacturing process it uses to make iPhone processors and other chips today. At a ceremony to mark the arrival of the first chipmaking equipment at the fab, it announced it will also make improved 4nm chips there and build a second fab to make significantly more advanced 3nm chips. Total investment: $40 billion.

The new chips won’t power next year’s iPhones, however, because factories take a long time to build. TSMC broke ground on its 5nm fab in April 2021, and it won’t start producing chips until 2024. The recently announced 3nm fab won’t make chips until 2026.

Customers of TSMC currently rely on factories in Taiwan, but modern factories in the United States can also help ensure an American supply of processors. More U.S. chip manufacturing could also encourage a broader manufacturing ecosystem, including some business partners who supply chip makers with equipment and materials and others who test, package and assemble chips after they’re made.

The U.S. is unlikely to match the breadth of Asia’s electronics manufacturing anytime soon, but if politicians and businesses have their way, the semiconductor industry could avoid the fate of industries like steelmaking and textiles that largely disappeared from the U.S.

Processors are critical to just about every modern product and industry, not just phones and laptops. They are used to control cars, refrigerators, military hardware, toys and power plants. A global chip shortage triggered by the COVID pandemic kept products like Ford F-150 pickups and Sony PlayStation 5 out of customers’ hands and revealed how vulnerable global supply chains are.

The TSMC expansion comes weeks after Micron’s $20 billion “megafab” investment in New York announced in October, which could eventually reach $100 billion, and Intel’s announcement of $20 billion in two new factories outside Columbus, Ohio, which also can reach an investment of 100 billion dollars. decade.

Several disturbances are possible. Russia’s invasion of Ukraine showed that political borders are not necessarily fixed. That’s especially important for Taiwan, the island nation that China claims as its own and is home to most of TSMC’s manufacturing.

All of these forces came together to push Congress to pass the CHIPS and Science Act. It promises nearly $53 billion in subsidies for factories, research into the semiconductor technology that underpins processors and spending to train future workers. And it’s a much more assertive industrial policy than the US had in the past, when most chip manufacturing moved overseas to its current stronghold in Asia.

“We saw during the pandemic that something we took for granted, global supply chains, was actually a key vulnerability for the economy and our national security,” said Ronnie Chatterji, acting deputy director for industrial policy at the White House’s National Economic Council. a press briefing.

Biden lobbied for the CHIPS funding and has often touted it as a success in rebuilding American manufacturing capabilities. The idea is to try to encourage private companies to make their own investments knowing that they will find an economically favorable climate.

“This is a marked departure from the economic philosophy that has governed much of the last 40 years in this country,” said Brian Deese, director of the National Economic Council. With the old strategy, “you said the government should get out of the way, cut taxes for big corporations, cut regulations and assume the American economy American families would benefit.”

The new policy could mean a subsidy of about $3 billion to boost construction that otherwise costs about $10 billion. It makes the US more competitive with Asian countries such as Taiwan, South Korea and China, Intel CEO Pat Gelsinger has said. Intel has a large presence in Chandler, right next to Phoenix, and is building $20 billion in new factories there.

TSMC’s Arizona factories will employ about 10,000 people in total, 4,500 of whom work directly for TSMC. In addition, the construction of the factories employs more than 10,000 construction workers, the company said.

In addition to the more than 10,000 construction workers who helped build the site, TSMC Arizona’s two factories are expected to create an additional 10,000 high-paying high-tech jobs, including 4,500 direct TSMC jobs. When completed, TSMC Arizona’s two fabs will produce over 600,000 wafers per year, with an estimated end product value of more than $40 billion.

A big fan of TSMC’s expansion is Nvidia, which relies on TSMC to manufacture its graphics chips and AI accelerators. “Bringing TSMC’s investment to the United States is a masterpiece and a game-changing development for the industry,” CEO Jensen Huang said in a statement.

Deese and Chatterjee stopped short of promising that the new investments would benefit from the CHIPS funding. Details on how to apply won’t even come until the first quarter of 2023. But they pointed to comments from chip manufacturing executives who touted the legislation as a reason for their U.S. investments.

“The passage of the CHIPS and Science Act was absolutely critical in providing long-term certainty for companies like TSMC to expand their footprint and really expand their investment commitment to the United States,” Deese said.