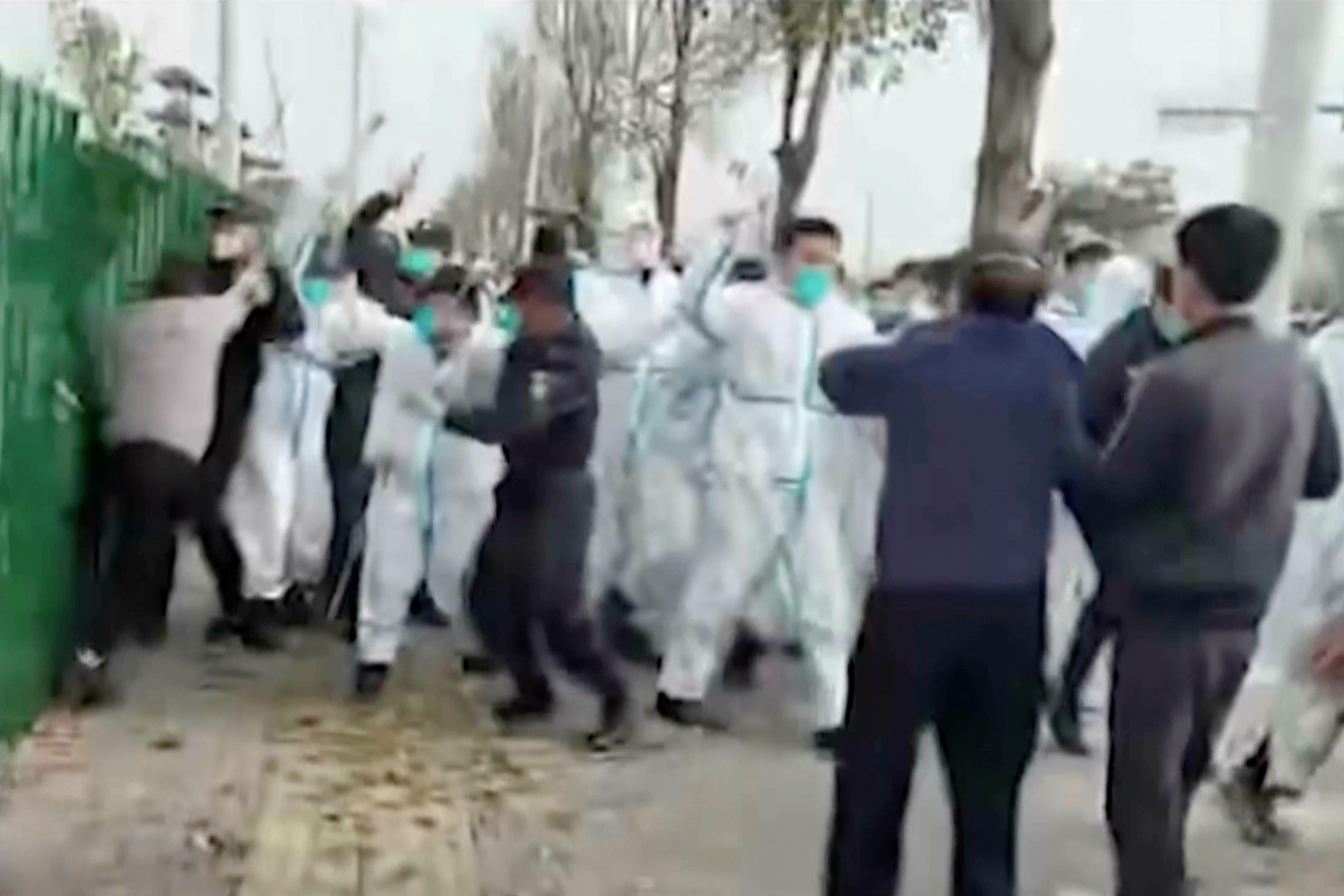 Apple Inc. is speeding up its plan to move iPhone production out of China in the wake of violent worker protests over COVID regulations at the world’s largest iPhone factory, a Wall Street Journal report said Saturday.

The facility, dubbed iPhone City, made headlines in recent weeks after workers rioted over COVID-related concerns with security officers dressed in hazmat suits.

Apple is reportedly looking to shift production to other nations in Asia such as India and Vietnam and to reduce dependence on Taiwanese electronics manufacturers such as Foxconn which owned the plant in Zhengzhou.

In this photo provided on Nov. 23, 2022, security personnel in protective clothing attack a man during a protest at the factory plant run by Foxconn Technology Group which operates the world’s largest Apple iPhone factory in Zhengzhou, central China. (AP Photo/AP Newsroom)

But according to a report from CNN earlier this week, Foxconn may also be looking to move its work outside of mainland China.

It’s unclear exactly when Apple will be able to fully shift its reliance on the iPhone City facility, which houses about 300,000 workers and at one point made 85 percent of the Pro lineup of iPhones, according to the report.

But the decision by Apple comes after years of manufacturing problems stemming from the coronavirus pandemic, supply chain problems and strained geopolitical relations between Washington and Beijing have made for a more complicated business plan.

In this photo provided on Nov. 23, 2022 workers at the world’s largest Apple iPhone factory were beaten and arrested in protests over wages amid anti-virus checks, according to witnesses and videos on social media Wednesday, as tensions rise over Chin (Associated Press/AP Images)

“In the past, people didn’t pay attention to concentration risk,” Alan Yeung, a former US executive for Foxconn, told the Wall Street Journal. “Free trade was the norm and things were very predictable. Now we have entered a new world.”

Apple may also look to rely on a wider range of assemblers even from China to circumvent supply chain issues, while the company is also looking for reliable manufacturers to handle what Apple calls new product introductions, or NPI.

A man wearing a face mask walks past a photo of an iPhone 13 Pro at an Apple Store on the day the new Apple iPhone 13 series goes on sale, in Beijing, September 24, 2021. (REUTERS/Carlos Garcia Rawlins/Reuters Images)

According to the report, NPI is the process by which Apple translates the blueprints for its latest product into a detailed production plan — a step that nations like India and Vietnam may not yet be able to accommodate.

“Finding all the pieces to build at the scale Apple needs is not easy,” Kate Whitehead, a former Apple chief operating officer, told the publication.

Fox News Digital could not immediately reach Apple for comment.