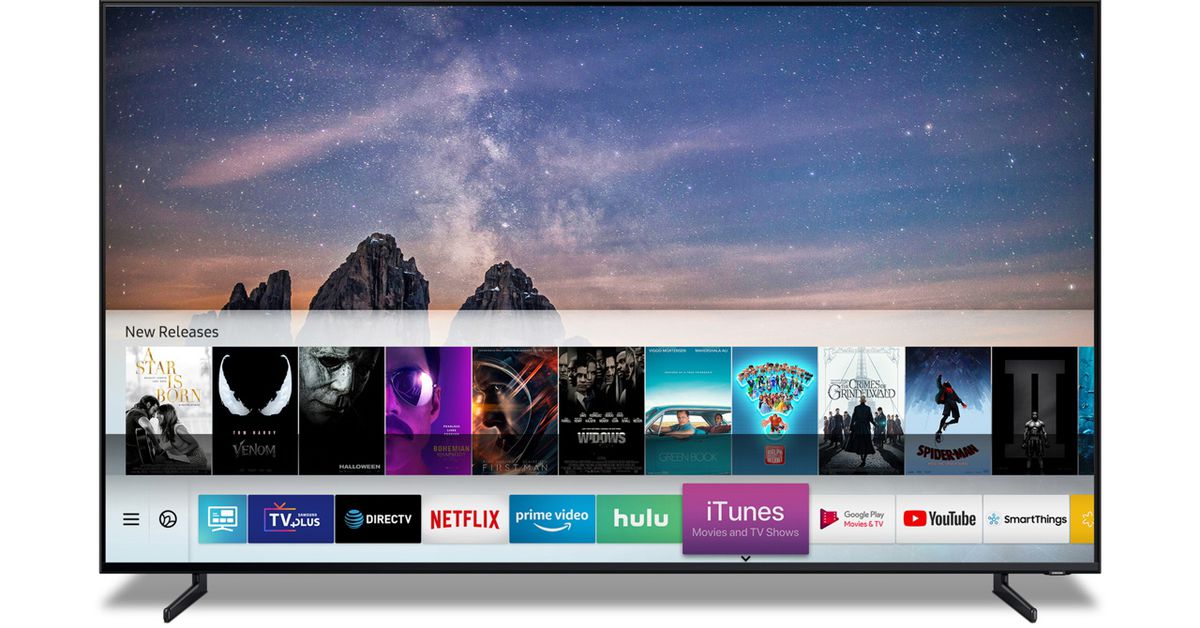 Samsung's 2018 and 2019 range of televisions will be able to access and play the iTunes movie and TV show library, which the company has announced. You can also buy and rent content from iTunes directly from your TV. The content will be available through a dedicated app that will debut exclusively on Samsung TVs. The TVs will also include support for AirPlay 2, Apple's wireless streaming standard.

The application for iTunes Movies and TV Shows, which will be available in 100 countries on both Samsung's 2019 TVs and the 2018 models (after a firmware update), marks the first time Apple has allowed third-party devices to access its video library outside of Windows desktops,. However, with the company planning to launch a video streaming service later this year, it is likely that we will see the app appearing on several devices soon.

Meanwhile, AirPlay 2 support will be available in 190 countries and allow content such as videos, photos, music and podcasts, to be streamed from Apple devices directly to Samsung TVs. It will eventually be joined by Google Assistant on the company's 2019 television.

Eddy Cue, commented on the advertising, said: "We look forward to bringing iTunes and the AirPlay 2 experience to even more customers around the world through Samsung Smart TV, so iPhone, iPad and Mac users have yet another way to enjoy all their favorite content on the largest screen in their home. "