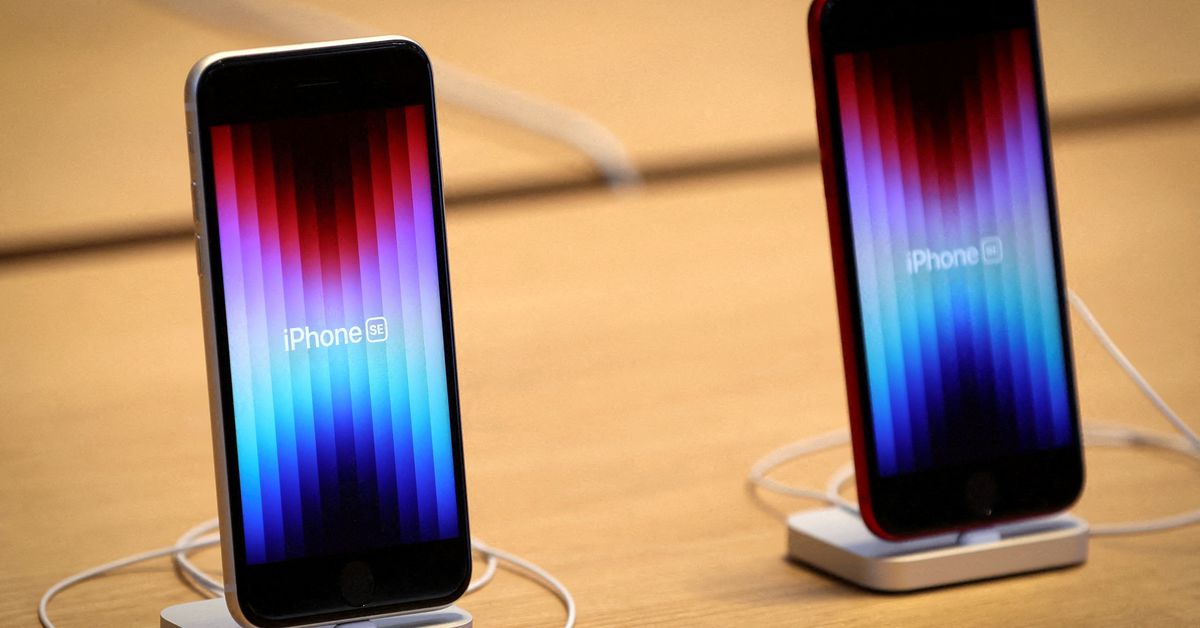 The Silicon Valley giant̵[ads1]7;s shares rose 3.5% after hours following the publication of the results.

Even as macroeconomic indicators around the world turn negative, Chief Financial Officer Luca Maestri told Reuters there has been no slowdown in demand for iPhones, the company’s biggest source of revenue.

Third-quarter phone sales rose 3% to $40.7 billion, as Wall Street had braced for a 3% decline. In contrast, the global smartphone market fell by 9% during the last quarter, according to Canalys data.

Apple’s loyal and relatively affluent customer base has enabled it to withstand spending declines better than other brands in the past, and the company’s latest quarterly results suggest a similar pattern is emerging.

Canalys Research analyst Runar Bjorhovde said: “Apple in that sense has a certain resilience that will allow it to be affected less than many of its competitors.”

The slumping economy is hurting sales of advertising, accessories and home products, Apple’s Maestri said in an interview, calling the devices “pockets of weakness.”

“Fortunately, we have a very broad portfolio, so we know we’re going to be able to navigate that,” he added.

Parts shortages will continue to hamper Mac and iPad sales, Maestri said, although the impact has lessened. They cost Apple less than $4 billion in sales in the quarter ended June 25, less than it had forecast. Maestri said the company expects the hit to decline further in the current quarter.

But Apple risks joining rivals in amassing an unsellable stockpile of tablets and PCs if more customers than expected hold off on purchases due to rising inflation and interest rates.

“When it comes to testing demand, you can’t really test demand unless you have the supply,” Apple CEO Tim Cook told analysts Thursday. “And we were so far removed from the last quarter that we have an estimate of what we think the demand was. But it’s an estimate.”

Citing the financial uncertainty, Apple said it did not provide specific revenue guidance. But it said year-over-year sales should rise faster in the current quarter than the 2% growth it posted in the just-ended quarter.

The rising US dollar has hit many companies like Apple that generate significant foreign revenue and get less money back when they convert it. Apple said currency fluctuations reduced sales by 3% in the June quarter and will reduce sales by 6% in the current quarter.

Closing operations in Russia earlier this year due to the war has also hurt sales.

Apple, like many of its tech peers, is slowing hiring and cutting costs given the tough economic climate. read more Cook said Thursday that Apple “be more deliberate in (hiring) in recognition of the realities of the environment.”

The latest economic problems include supply chain disruptions that have hit the production of some Apple products such as iPads and Macs whose assembly sites were clustered near regions of China that went into a COVID lockdown.

Apple is also facing slow economic growth in China, where revenue in the third quarter was $14.6 billion.

Growth in the company’s services business, which has boosted sales and profits in recent years, was 12%, below the previous year’s 33% rate, and resulted in $19.6 billion in revenue, below estimates of $19.7 billion.

Apple said it now has 860 million paying subscribers to its services, up from the previous quarter’s 825 million.

Sales of iPads and Macs were $7.2 billion and $7.4 billion, compared with estimates of $6.9 billion and $8.7 billion. Mac sales represented a 10% decline, after record sales since 2020, first from a work-from-home move and then from Apple’s new proprietary processor chips.

Shares closed Thursday down about 11% so far this year, slightly less than the broader S&P 500 (.SPX) index and also less than other consumer hardware makers such as Sonos Inc (SONO.O) and Samsung Electronics Co (005930.KS) ). the only company that sells more smartphones than Apple. read more