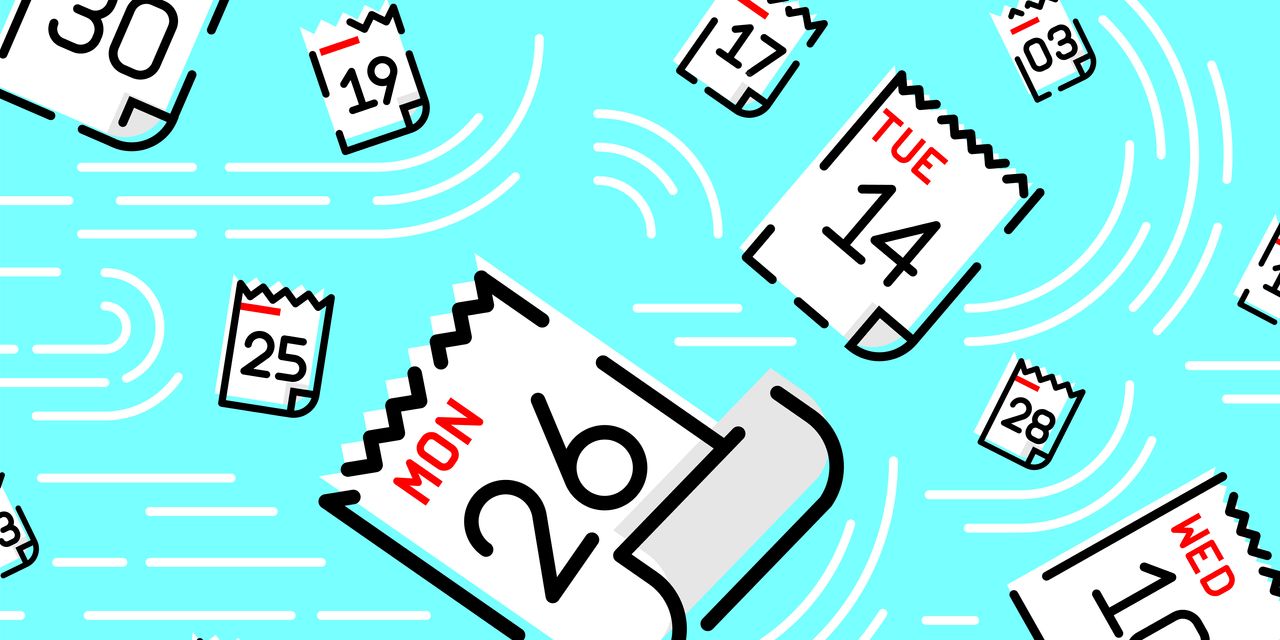 and a number of addicts – included
Pfizer

close the week on friday.

The week's most important event will be the Federal Meeting Market Committee's July meeting, where the market fully expects decision-makers to cut interest rates. The committee's statement will be released at 2 pm on Wednesday, followed by a press conference with the Federal Reserve chairman Jerome Powell at. 2:30 p.m.. Other releases include the Conference Boards July Consumer Trust on Tuesday, the Institute for Supply Management's July July Index, and the July Jobs and Hourly Bureau Bureau of Labor Statistics on Friday.

and Under Armor free up revenue.

A US Delegation led by Finance Secretary Steven Mnuchin leads to Shanghai to meet his Chinese counterparts to discuss the ongoing commercial war between the world's two largest economies.

Bank of Japan announces its monetary policy decision. It is assumed that the central bank holds the key rate at a negative 0.1%.

will hold special shareholder meetings in Atlanta and Greensboro, N.C. Shareholders will be asked to approve the proposed merger of the two regional banks. The combined company would be the sixth largest bank in the United States and called Truist Financial.

Conference Board reports its consumer confidence index for July. Economists predicted a reading of 125.4, up from June 121.5.

The National Association of Realtors release its pending home sales index for June. Consensus estimates are for a gain of 0.5% pending sales, down from 1.1% increase in May.

ADP publishes its national employment report for July. Expectations are for a 155,000 increase in private sector jobs after a gain of 102,000 in June.

ISM-Chicago reports its Chicago Purchasing Leadership Index for July. Economists predicted a downturn to 51.7 from June 49.7, which was the first during the 50th reading since January 2017.

Institute for Supply Management launches its July manufacturing index. The consensus estimates are for a reading of 52, up from June 511.

The Census Bureau reports data on building spending for June. The outlook is for a 0.5% increase after a decline of 0.8% in May.

The Bureau of Labor Statistics releases the work reports for July. Economists predict a gain of 160,000 in employment without pay, after a jump of 224,400 in June. The surplus unemployment rate is unchanged at 3.7%.

The highlight of the week

Wednesday 31. FOMC announces its monetary policy decision. Wall Street has already priced in a 25-point cut to the federal fund rate, to 2% to 2.25%.