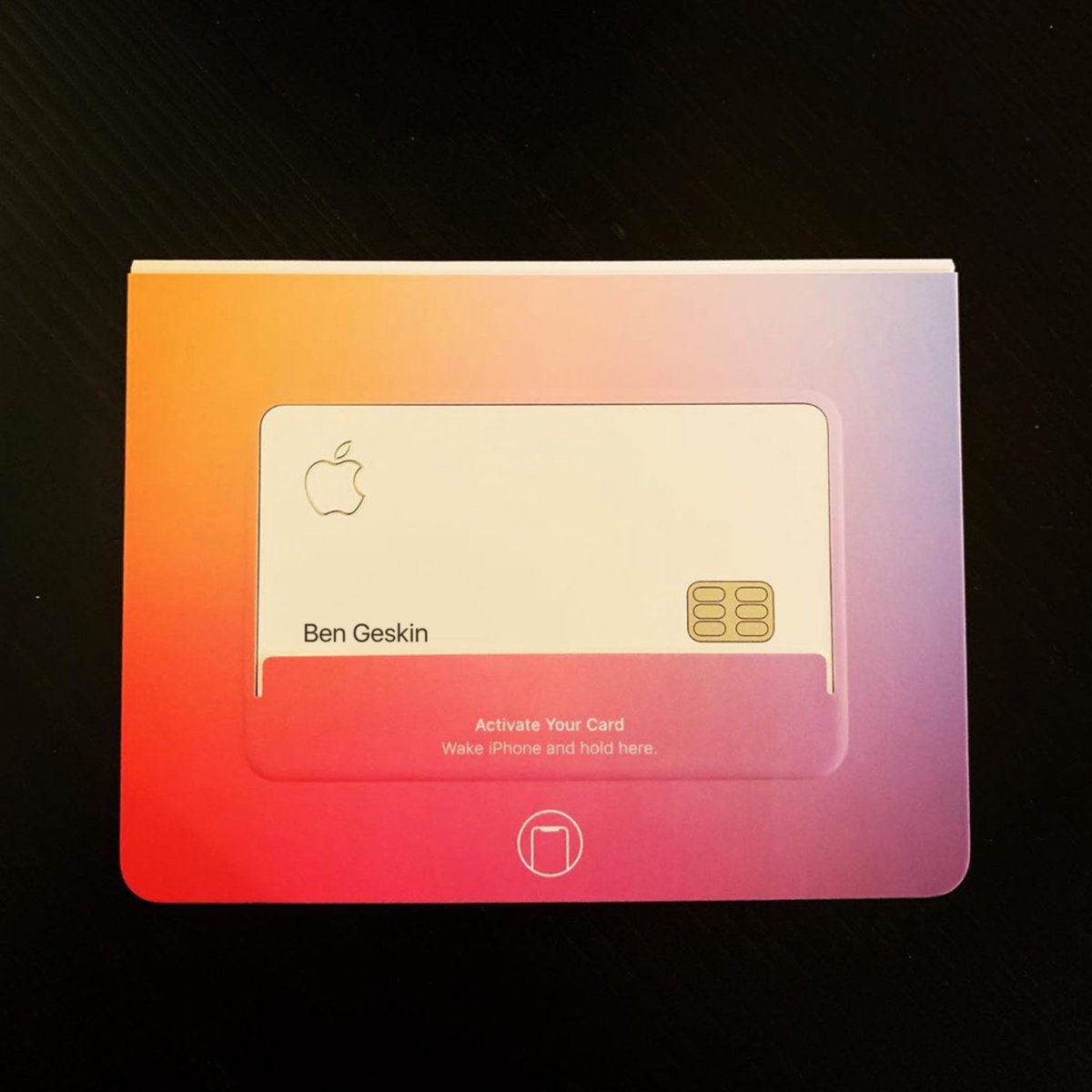 Mobile leaker Ben Geskin shared photos on Twitter of consumer packaging of the new Apple credit card coming from Apple. Geskin reports that some Apple employees are already starting to receive the card announced in March.

Some Apple employees get Apple cards, so I received these pictures, edited the name to protect the source, and this also acts as a watermark 😊👌🏻 https://t.co/UcSzcEDY3v

In the pictures, the actual Apple employee's name was replaced by Geskins to protect their identification. The packaging shows a similar interconnection process as AirPods, with instructions for "Wake iPhone and hold here."

The Apple card is both digitally in your iPhone for Apple Pay payments, but also comes in a physical form made of titanium. The card is laser-etched with your name and does not have the card number or expiration date printed on it. Instead, these numbers will be available on the iPhone Wallet App. There is still a traditional magstripe on the back, along with a built-in chip for chip and pin purchases. The Apple card is expected to start this summer.