Anadarko is preparing to support $ 55bn bid from rival Occidental 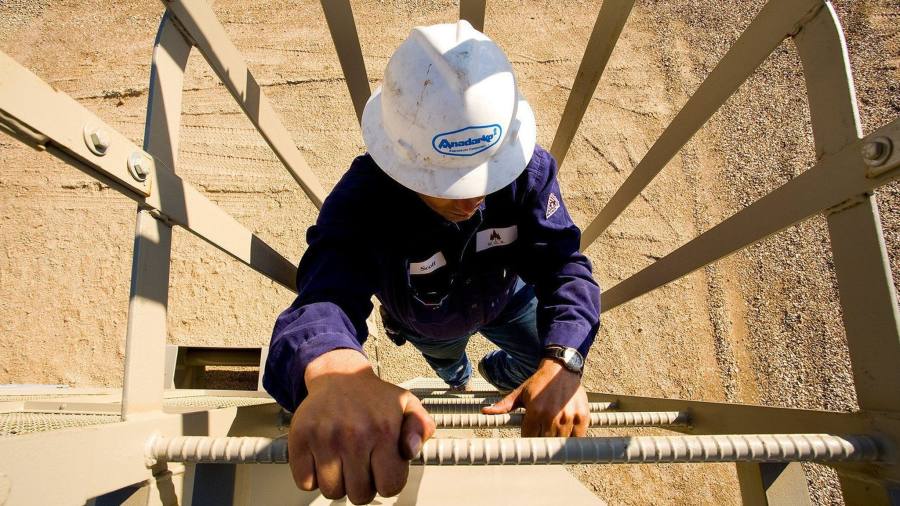 Anadarko Petroleum is preparing to receive a hostile $ 55 billion bid from its competitor Occidental Petroleum, which puts its sale to the oil's big Chevron at risk, according to people with knowledge of the matter.

The Texas-based oil and gas company is expected to make a statement this week after the board has determined that Occidental's cash and stock offer is superior to the $ 50bn deal agreed in early April with Chevron.

An decision by Anadarko to approve the Occidental offer would be a rare victory for a hostile bidder, who is often denied. Anadarko last week acknowledged that it had received an offer from Occidental, weeks after it had rejected takeovers from the group.

Anadarko could not be immediately reached for comments, but last week it said it would "carefully consider Occidental's proposal to determine the action it believes is in the best interest of the company's shareholders".

Occidental, one of the five largest US oil and gas production companies, offered to pay the Anadarko shareholders $ 76 per share, a 22 percent premium to the Chevron bid, worth around $ 63 per share.

The bid from Occidental was evenly distributed in cash and shares. Chevron offered to pay 0.39 equity and $ 16.25 cash for each Anadarko outstanding. Anadarko has entered into an agreement to pay Chevron $ 1 billion out of the deal.

It is unclear whether Chevron will increase its bid for Anadarko. But people with knowledge of the oil magazine's thinking have said that Chevron was unable to make a bidding war for the assets, the Financial Times has previously reported. Chevron had previously refused to raise his bid when it had heard that Occidental had offered more than $ 70 per share for Anadarko.

An agreement would provide the Occidental valuable shale oil area, as well as assets in the Gulf of Mexico and a natural gas project in Mozambique. It would be the biggest and boldest bet yet by Occidental's CEO Vicki Hollub.

"This is much more synergistic for us than any other company that can look at this," said Hollub to the FT last week.

Occidental's interest arose only minutes after Anadarko announced his sale to Chevron earlier this month, but analysts warned when they did not understand how Ms Hollub could swap their bigger rival.

Hollub has pledged to sell assets up to $ 15 billion if an agreement to acquire Anadarko is agreed, in part to win backing from Occidental shareholders who must sign cash and equity agreements.