An Apple-Disney merger? That's how Bob Iger says it could have happened 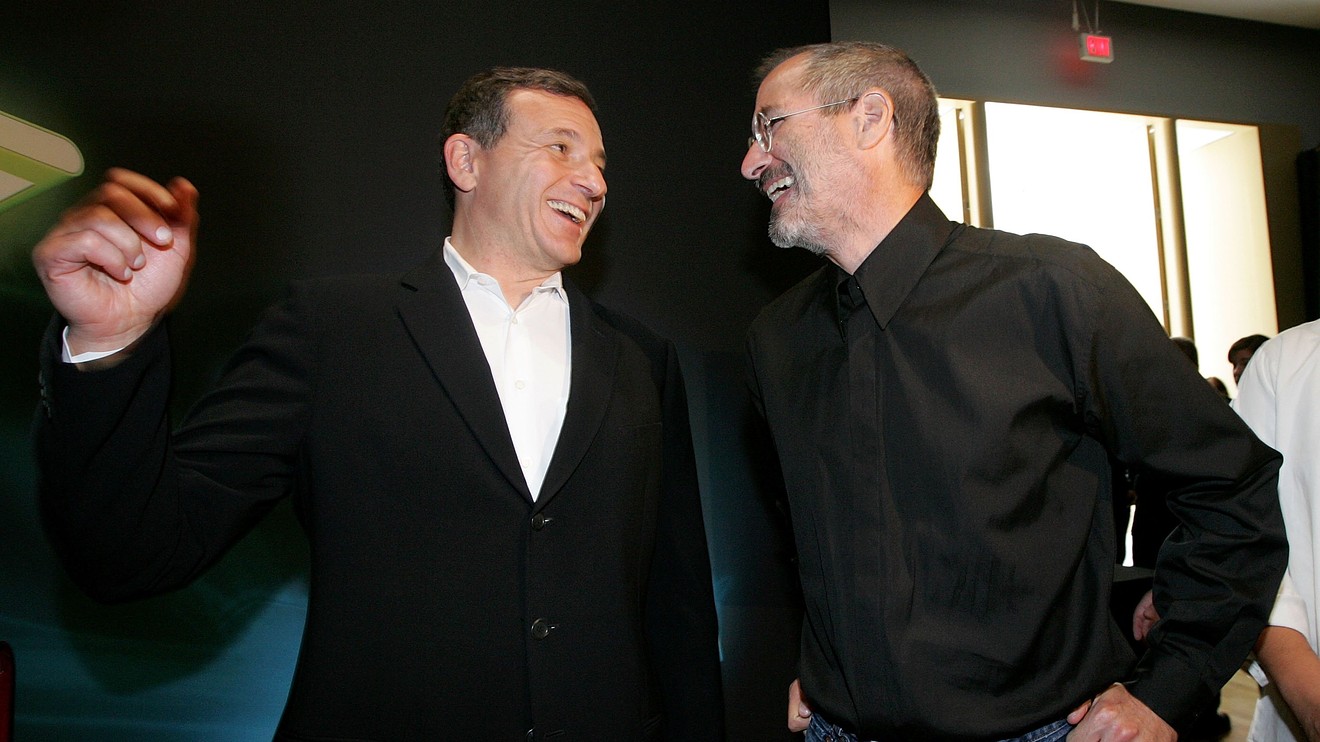 On Wednesday, Vanity Fair published an excerpt from Iger's upcoming autobiography detailing his close relationship with Jobs, who died of cancer in 2011. It was the tape that helped pave the way for Disney's $ 7.4 billion purchase of Jobs second company, Pixar Animation, in 2006.

“I think if Steve was still alive, we would have combined our companies, or at least discussed the opportunity very seriously. "

1; which had many doubters – saved both companies, Iger wrote, by giving Pixar much more resources and providing new energy for a then-basic Disney animation unit.

Iger wrote that Jobs appreciated his boldness and gave him a look at Apple's new video iPod before it was announced after Iger one day mentioned Jobs's idea of ​​"an iTunes TV series platform" – exactly what Jobs had hidden in the work. As a result, Disney's ABC signed up to provide content for the new Apple iTunes video streaming service.

Iger also said that Jobs favored him as CEO of Marvel Studios during a key point in the 2009 acquisition negotiations that helped smooth the deal, which, like Pixar, has proved lucrative for Disney.

While Jobs was Disney's largest shareholder, Iger said Jobs said to him, "You can't think of me like that. That's insulting. I'm just a good friend. "

Iger said that about an hour before the announcement of the Disney-Pixar deal, Jobs took him aside and revealed his cancer diagnosis. "I think I owe you the right, given this knowledge, to step out of the deal," Jobs told him. Iger said he quickly rejected the offer to go out.

"I had no idea if I was doing the right thing, but I quickly figured out that Steve wasn't essential to the deal itself, even though he was absolutely important to me." Iger said that night he said to his wife, who had known Jobs for years, and "instead of shaking what had been a significant day in my early position as CEO, we cried together about the news."

"With all the success the company has had since Steve died, there is always a moment in the middle of my excitement when I think, I wish Steve could be here for this," Iger wrote. "It's impossible not to have the conversation with him in my head that I wish I could have had in real life. More than that, I think if Steve was still alive, we would have combined our companies, or at least discussed the possibility very seriously. "

A merger between Apple and Disney has been moved over the years, most recently in 2017, when analysts speculated that Apple could earn a $ 200 billion-plus megadeal to create a tech and entertainment giant when it repatriated its foreign cash roof.

It happened Of course never, and a deal now is likely to be the biggest acquisition ever. From the end of trading Wednesday, Apple

has a market share of just under $ 1 trillion, while Disney

Last week, Iger resigned from Apple's board of directors, which he had served on since 2012, now that Apple and Disney are about to launch competing power services.