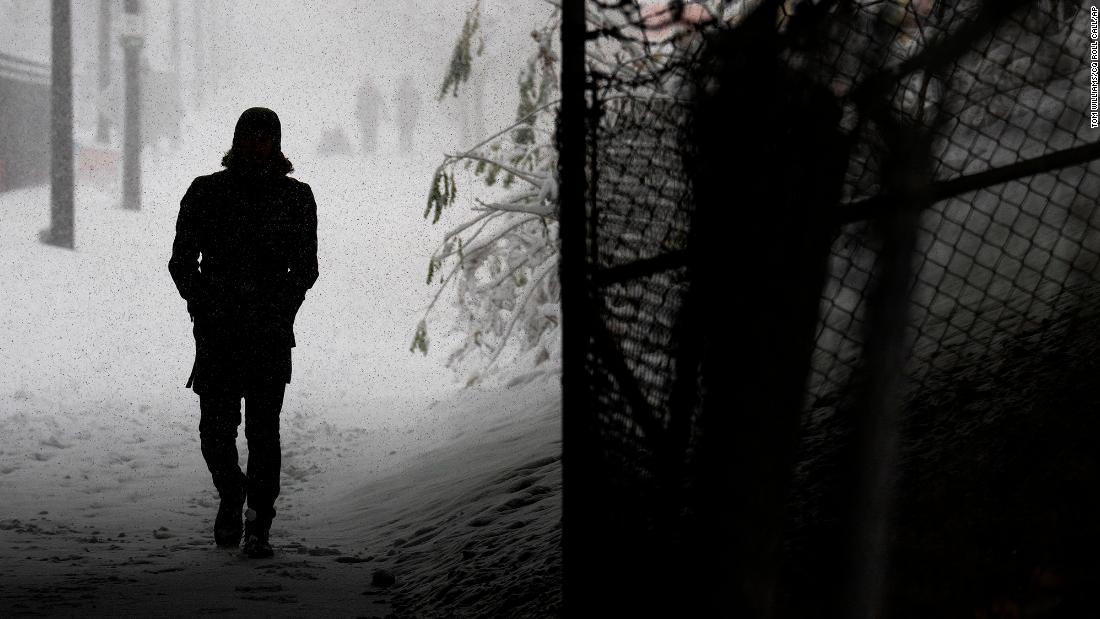 But millions of front-line employees are unable to do so without missing out on a paycheck. So many Americans, who work in precarious low-wage jobs in the service industry, cannot stay home – even if they come with the virus or are exposed to someone who has been infected.

Some workers struggle to get or afford to test to confirm that they have been infected. Many have not paid sick leave and have to pay their bills. And others fear that they will face consequences from their bosses if they report sick or feel increased pressure to work due to severe staff shortages.

When an assistant store manager at a Pandora jewelry store in Orlando, Florida, was exposed to someone who tested positive for Covid-19 in the last week of 2021, she had to leave work without pay because she had not been paid leave.

“It was a tough week for me. It was really, really tough for me,” said the employee, who spoke on condition of anonymity because she was not authorized to speak in public. “I can not be without a job for 5 days or a week without getting paid.”

Without paid sick leave, she worries every time she starts to get sick. She has sent workers home after they became ill – and felt guilty for doing so because she knew they would miss out on wages.

A spokesman for Pandora said the company offers 40 hours of paid sick leave to full-time employees a year. If a worker tests positive for Covid-19 or is in quarantine, they can use paid sick, vacation or personal PTO. Franchise stores, such as the one where this assistant store manager works in Orlando, set their own guidelines for paid sick leave, Covid-19 leave and other benefits.

Bill Thompson, a chef at a Burger King in Independence, Missouri, has also not paid sick leave. He worries about being exposed to colleagues who show up with Covid-19 because they can not afford to take off. (Burger King franchisees set paid sick and Covid-19 leave policies, a spokesman said.)

“I feel like I’m playing Russian roulette while my life goes into making burgers and fries for $ 11.15 an hour,” said Thompson, a member of Fight for $ 15, who advocates stronger wages and benefits for workers.

Even before the Covid-19 pandemic or Omicron variant appeared, the lack of paid sick leave and the service sector’s short-staffing model made financially insecure workers work despite being ill, said Daniel Schneider, a sociologist at Harvard University.

“Stores lacked staffing as a matter of business,” said Schneider, who is also co-director of The Shift Project, which examines tens of thousands of top-chain retail and fast-food workers.

The model often leaves workers hungry for several hours and needs to stay in the good hands of the leaders to get them – another reason why workers may be hesitant to say they are sick. The number of hours worked also often determines whether employees qualify for health care and other benefits through the employer.

The pandemic and the Great Resignation phenomenon have exacerbated the problems created by the lack of paid sick leave for workers and pressure to work due to skeletal staffing.

Today, “workers do not feel they have more access to paid sick leave than they ever do,” Schneider said. In addition, “this short-staffing problem has reached this insane tipping point.”

About 65% of the 6,600 hourly workers who reported being sick for some reason, not just Covid-19, in Shift Project surveys taken from September to November, worked anyway.

When asked why they did it, 55% said they needed the salary and 30% said it was because they had not paid sick leave.

Other workers who were worried about shouting sick would damage their job status: 44 percent of workers said they were afraid they would have trouble calling.

Isaac Pierce, grocer at a Vons supermarket in San Diego, California, said some of his colleagues come in with coughs and colds. They “play it” and say it is not Covid-19, but there is no way for him to know.

A few weeks ago, one of Pierce’s employees at Vons appeared on business days after testing positive for the virus. One of the employees protested that he was back at work as soon as possible, so the store sent him home again.

Albertsons, the owner of Vons, did not immediately respond to a request for comment.

“Lose salary or get sick at work”

At the start of the March 2020 pandemic, Congress passed legislation that temporarily requires employers with fewer than 500 workers and all public employers to provide up to two weeks’ paid sick leave to workers who have received Covid or are waiting for test results and quarantine. It offered tax deductions to compensate employers for the expenses.

These benefits expired at the end of 2020, but the government continued to provide tax deductions to employers who voluntarily chose to offer the benefit through October. The House passed President Joe Bidens Build Back Better Social Expenditure Package, which includes four weeks of paid family and medical leave, but the bill has stopped in the Senate.
Some large chains such as Walmart (WMT), Amazon (AMZN) and others have also offered employees paid Covid-19 sick leave throughout the pandemic. However, these companies have recently reduced the number of paid sick days they guarantee to employees who test positive for Covid-19. The changes follow updated recommendations from the Centers for Disease Control and Prevention, which shortens isolation and quarantine periods for the general public.

Even for employees of large employers who have access to paid Covid-19 leave, employees and labor lawyers say that it is difficult to use the benefit after testing positive or waiting for test results.

Jim Araby, director of strategic campaigns for the United Food and Commercial Workers’ Union in Northern California, said grocery workers must go through third-party administrators to get Covid-19 paid leave approved by their employers. But the administrative systems are “completely overwhelmed,” he said, and “not timely.”

“Workers either end up losing wages or getting sick at work,” Araby said. “It is clear that we do not have a social safety net that can handle these problems.”