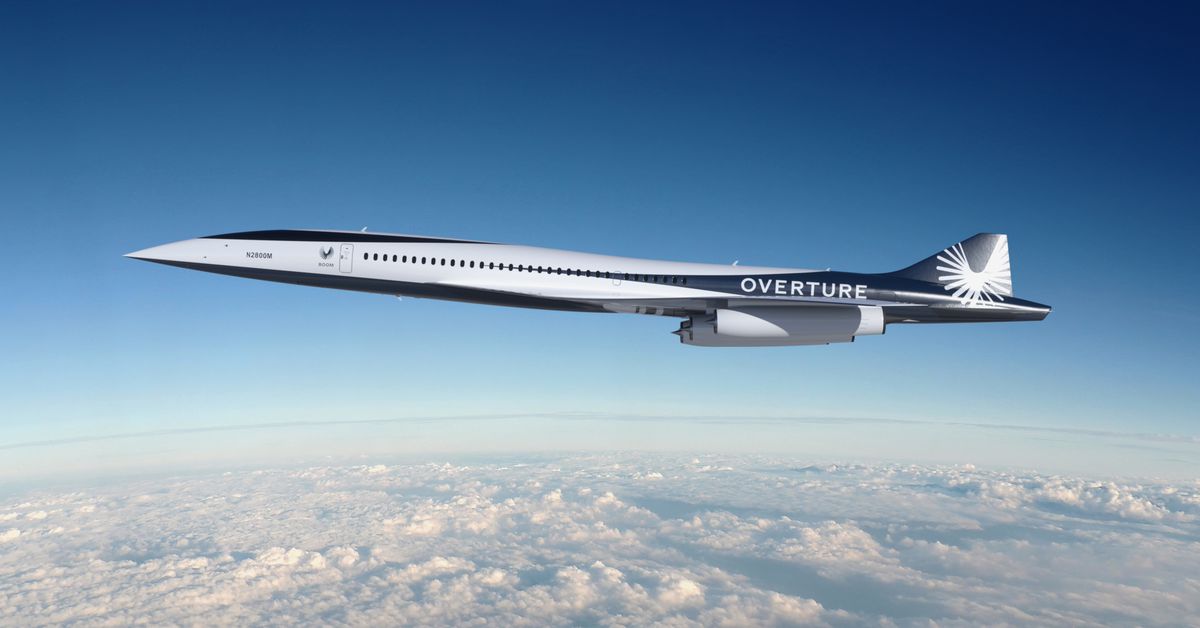 American Airlines announced on Tuesday that it has placed an order for up to 20 supersonic aircraft from Boom Supersonic, with an option for an additional 40 jets. American is the second major airline to bet on the return of ultra-fast flights in just two years.

The amount of money that changed hands was not disclosed, but American said the deposit on the first 20 flights was non-refundable. However, this deal could still change depending on the outcome of American’s safety testing and also Boom’s ability to keep his promises despite never having built or flown a full-scale supersonic jet before.

According to American, “Boom must meet industry standard operational, performance and safety requirements as well as American̵[ads1]7;s other customary conditions prior to delivery of any Overtures.”

If Boom’s Overture jets pass inspection, they are scheduled to be rolled out in 2025

If Boom’s Overture jets pass inspection, they are scheduled to be rolled out in 2025, flying in 2026 and expected to carry passengers by 2029. At that point, Boom claims its supersonic jet will eventually be able to travel from New York to London (normally a seven-hour flight) in just 3.5 hours or Los Angeles to Sydney (usually a 15-hour trip) in six hours and 45 minutes. Boom has said tickets can cost as much as $5,000 per seat, but American did not disclose pricing information.

It is the latest deal for Boom, the Colorado-based startup that has been focused on reviving commercial supersonic flights, which have been moribund since Concorde went out of business in the early 2000s.

In addition to American, the company has an agreement to supply 15 jets to United Airlines, with the possibility of another 35 depending on safety testing. Boom also has contracts or agreements with Rolls-Royce and the US Air Force. The company has raised $270 million in funding and placed pre-orders from Virgin Group (which is also working on its own supersonic jet) and Japan Airlines.

Last July, Boom revealed its updated design for its Overture aircraft, including an additional engine, a contoured fuselage and gullwings. The full-scale overflight will be 205 feet long, have a cruising altitude of 60,000 feet and achieve speeds of Mach 1.7.

Boom has said the jets will be “net-zero carbon” and optimized to run on 100 percent sustainable jet fuel. But so far, the company has yet to provide further details on what kind of fuel it will use or how it will achieve net zero carbon emissions.

Environmental groups are concerned that higher speeds will equate to more pollution. The global aviation industry produces around 2 percent of all man-made CO2 emissions, but supersonic jets are known to be far more polluting. Boom says it will be carbon neutral as a goal, but simply put, it requires more fuel to go faster.

Boom is delayed with its XB-1 demonstrator, having promised to begin test flights by 2017 in hopes of carrying real passengers in 2020. The demonstrator recently entered taxi testing at Centennial Airport and is expected to fly for the first time this year, the company said . Boom is also testing new technologies that can dampen the sonic boom that occurs when a supersonic aircraft breaks the sound barrier.

Update 16 August at 4:39 PM ET: Boom Supersonic raised $270 million in investment cash, not $240 million. Also, the company’s XB-1 demonstrator is on schedule, not the Overture aircraft. An earlier version of this story misstated these facts. We apologize for the error.